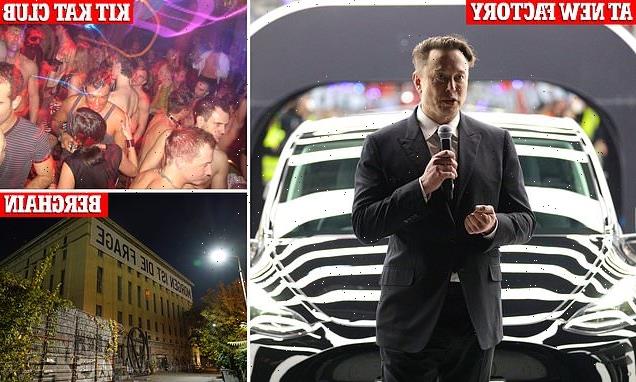 Elon Musk disguised himself in a Zorro mask and went on a Berlin nightclub tour last week to celebrate the opening of a new German Tesla gigafactory – culminating in a cryptic tweet that led many to speculate that he had been refused entry at exclusive techno club Berghain.

Although he never made it inside Berghain, Musk, 50, was spotted at famed fetish denizen KitKatClub, reports The Sun.

It is not known what the SpaceX founder was wearing, though the institution has a dress code that includes leather, latex, lingerie and nudity, among other oddities.

In a bizarre follow-up, he added: ‘They wrote PEACE on the wall at Berghain! I refused enter.’

The strangely-worded statement led many to believe that the richest man in the world had been turned away at the door.

‘Peace. Peace? I hate the word. Those who do care about peace (myself aspirationally included) don’t need to hear it,’ he added in a third post. 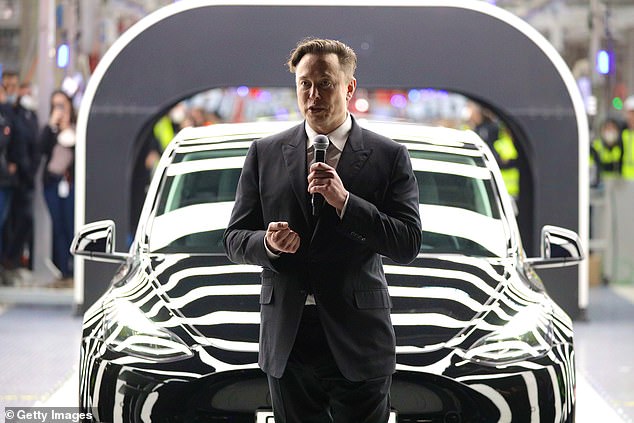 Tesla CEO Elon Musk is pictured during the official opening of a new Tesla electric car manufacturing plant  in Germany. The new plant, officially called the Gigafactory Berlin-Brandenburg, is producing the Model Y as well as electric car batteries 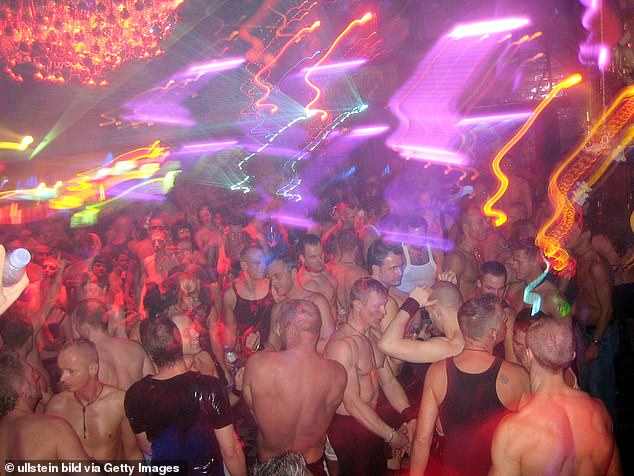 Although it is believed he didn’t make it inside Berghain, Musk, 50, was spotted at the fetishist KitKatClub, seen above 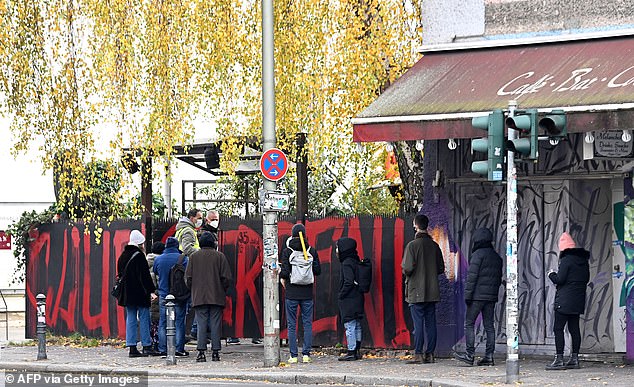 Musk went on a nightclub crawl of the German capital included the KitKatClub, seen above

‘They wrote PEACE on the wall at Berghain! I refused enter,’ Musk tweeted in cryptic, or simply misspelled message on Saturday.

‘Peace. Peace? I hate the word. Those who do care about peace (myself aspirationally included) don’t need to hear it,’ he added in a second post 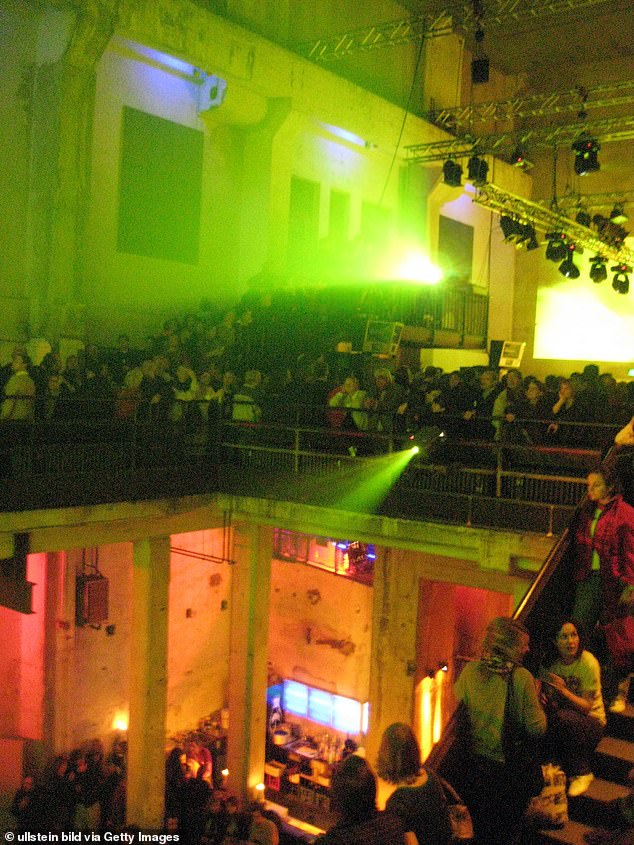 The Tesla CEO’s big night out culminated in a cryptic tweet that led many to speculate that he had been refused entry to the exclusive techno club Berghain, pictured above 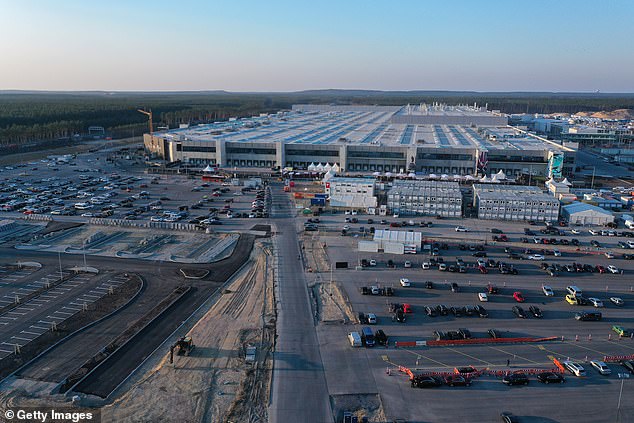 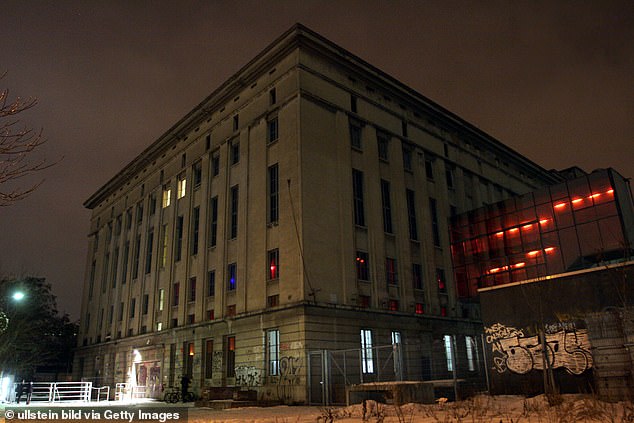 Berlin’s Berghain, one of the world’s most famous clubs has been called the ‘world capital of techno’ and is housed in a former energy plant

The news of Musk’s big night out came just as he disclosed a 9.2% stake in Twitter Inc, worth nearly $3 billion, making him the micro-blogging site’s largest shareholder

The news triggered a rise of more than 27% in the company’s shares Monday.

Musk’s move, revealed in a regulatory filing, comes on the heels of his tweet that he was giving ‘serious thought’ to building a new social media platform.

He has repeatedly questioned Twitter’s commitment to free speech.

He also started a poll tweet asking Twitter users if they want an edit button, a long-awaited feature on which the social media platform has been working.

In less than three hours, more than 1.2 million users voted, with over 75% of them backing an edit option. 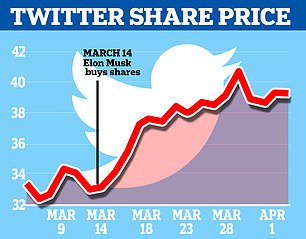 A prolific Twitter user, Musk has over 80 million followers since joining the site in 2009 and has used the platform to make several announcements, including teasing a go-private deal for Tesla that landed him in hot water with regulators.

Of late, however, the world’s richest person has been critical of the social media platform and its policies, and recently ran a Twitter poll asking users if they believed the platform adheres to the principle of free speech, to which over 70% voted ‘no.’

Musk – who, according to Forbes, has a net worth of about $300 billion – has been reducing his stake in Tesla since November, when he said he would offload 10% of his holding in the electric-car maker. He has already sold $16.4 billion worth of shares since then.