The passenger, who told flight crew he was Muslim, was flying from Luton airport to Skopje, Macedonia, on Sunday morning when he ordered the 4.50 euro sandwich and a bottle of water. 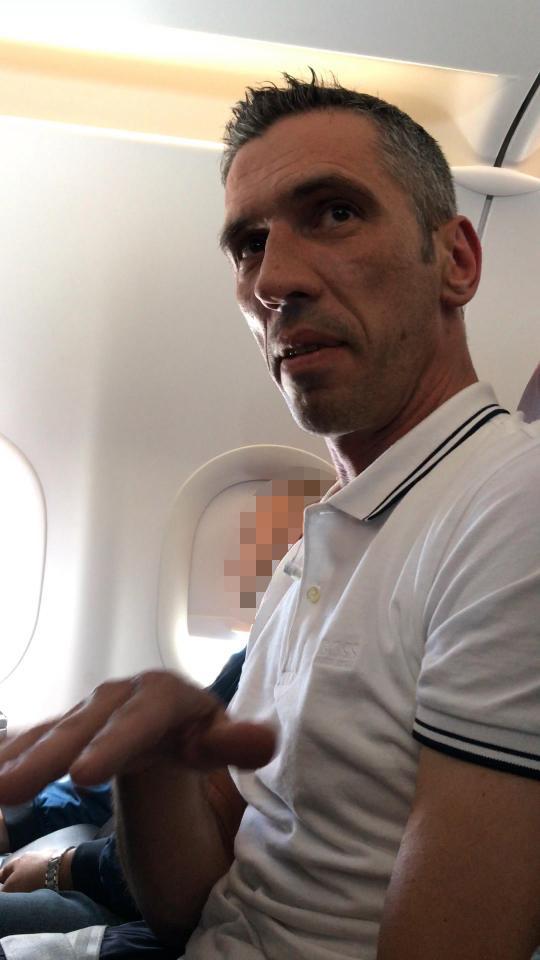 However during the flight he claimed that his sandwich "didn’t taste like turkey", before flying into a rage when seeing the word "ham" on the label.

Flight crew claimed the product contained no pork and the ham simply referred to the way the turkey was processed.

Turkey ham is a product made from cooked turkey and water which is formed into the shape of a ham before being sliced. It contains no pork. 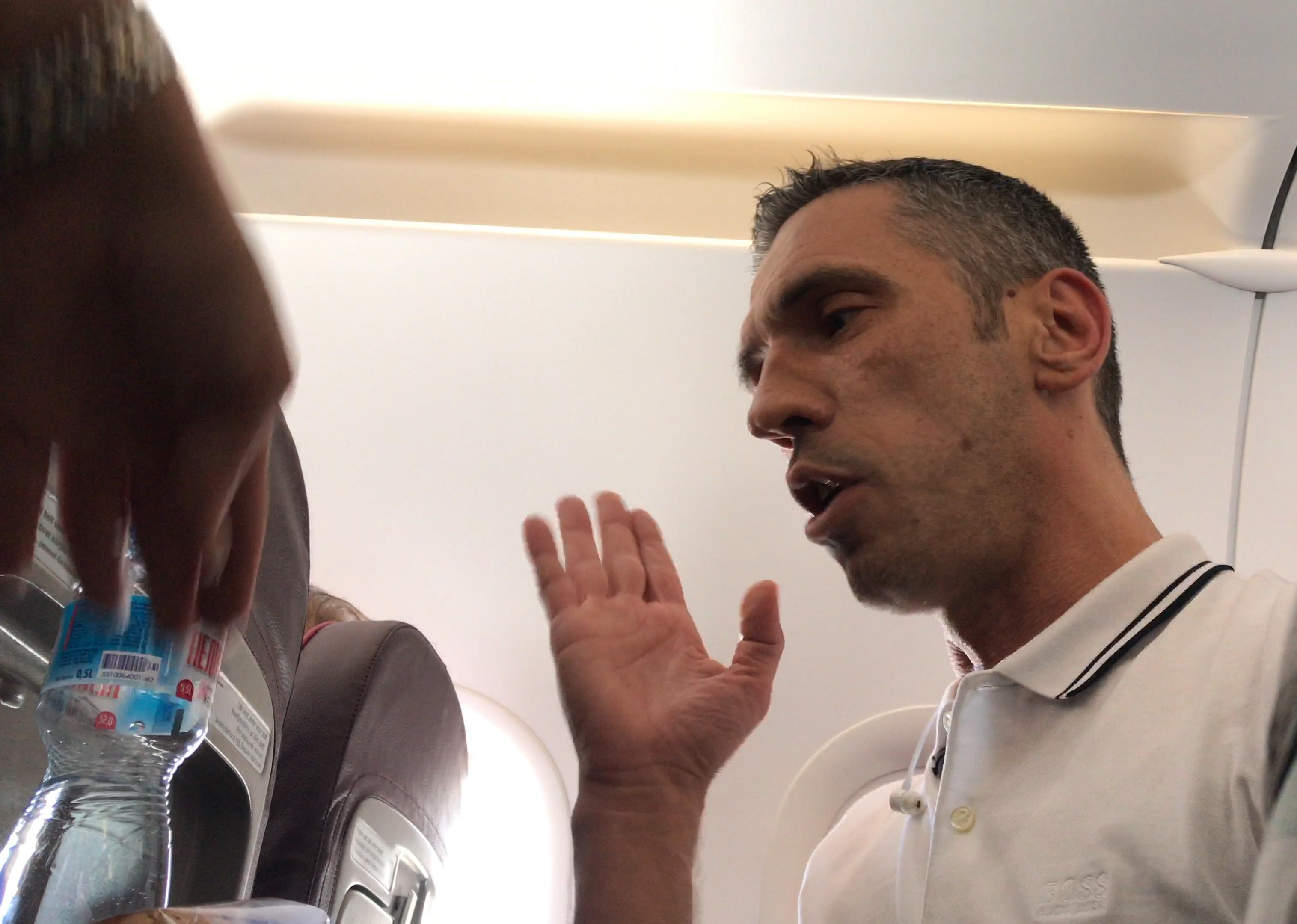 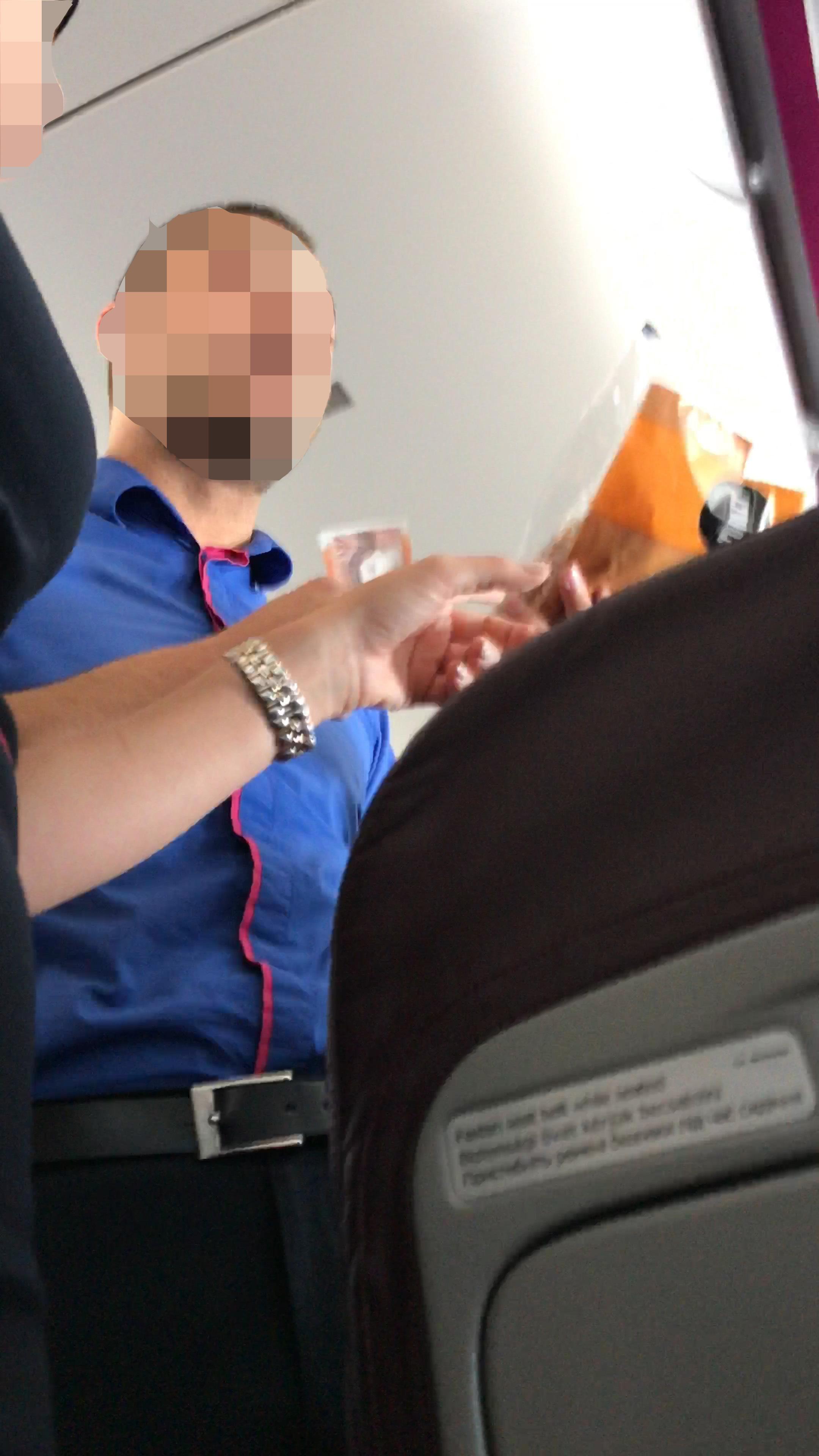 However despite this being explained to him, he insisted that eating the sandwich would be a violation of his Muslim beliefs.

In the video he can be heard saying: ''I work in restaurants, I know what's ham. Ham is pork. It's not tasting like turkey, it's tasting like ham.

''You have given me ham, and you're talking to me rude. I just tell you it's ham, you tell me it's not pork. It's not nice, darling, you're supposed to be nice to the customers. Take the water, too. I don't want the water either. You are being very, very rude.'' 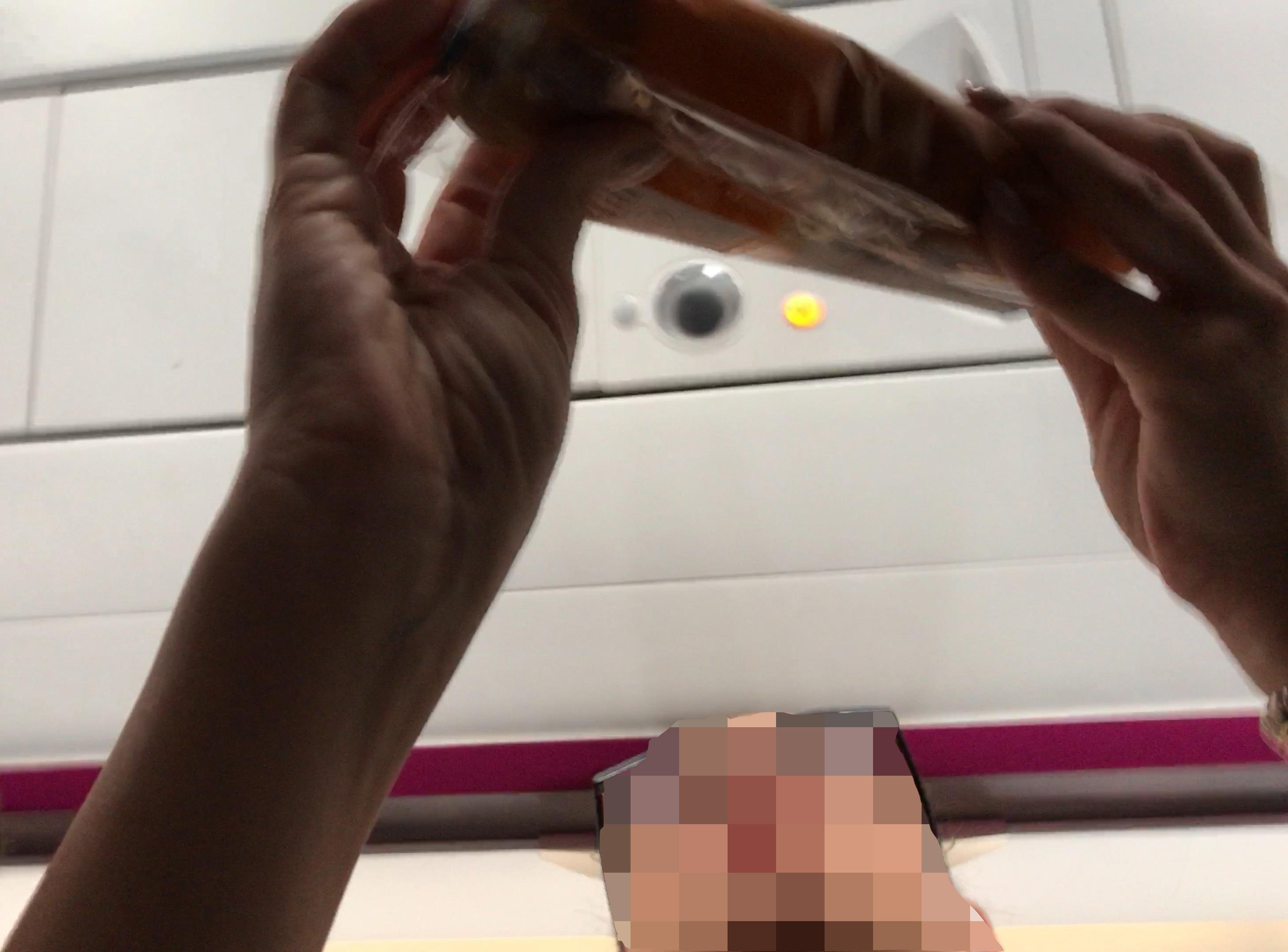 But when a senior male steward appeared and tried to calm the situation by explaining that turkey ham was in fact a term used to describe the processed turkey meat, the irate passenger continued his rant.

The bizarre scene was captured by a passenger sitting in the aisle seat next to the man.

They claimed: ''He was getting increasingly angry.

"I was a bit concerned when his voice was raised and he was swearing.

''He was sure that this roll contained pork. He said he couldn’t eat pork because of his religion.

''I suspect it was just a bad-tasting processed sandwich rather than a ham sandwich with pork inside. Nobody could convince him otherwise.''

The passenger later said: ''I’m an Uber driver in London, I eat at the shops all the time. I know the taste of Turkey and the roll didn't taste like Turkey.

''She should have respected me and my religion. The customer is always right. She’s lucky. If this wasn’t here with people around I would have been more angry. ''