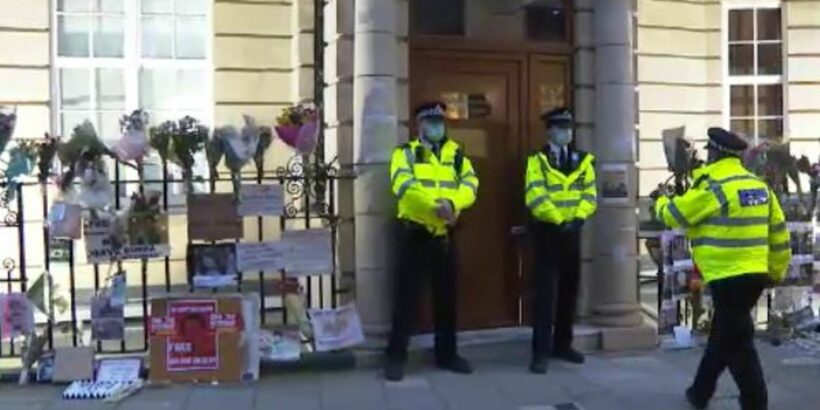 Myanmar’s UK ambassador has been locked out of the country’s London embassy after calling for the release of detained leader Aung San Suu Kyi.

Kyaw Zwar Minn told Reuters news agency “I have been locked out”, having spoken out against the military coup that has led to the deaths of around 600 protesters.

His deputy, Chit Win, has barred him and taken charge of the building with the help of the military attaché, diplomatic sources told Reuters.

“It’s a kind of coup, in the middle of London… you can see that they occupy my building,” said the ambassador, adding that he was talking to the UK Foreign Office about the development.

Last month, he had called for the release of Ms Suu Kyi and ousted President Win Myint.

Metropolitan Police said on Wednesday evening that there was a protest outside the embassy and that public order officers were on the scene. No arrests have been made.

Mr Zwar Minn spoke to protesters gathered at the Mayfair building and insisted: “This is my building, I need to go inside. That’s why I’m waiting here.”

At least more 15 protesters are reported to have been shot dead by security forces in Myanmar on Wednesday, according to activists and media in the country.

Dozens are also said to have been wounded.

The Assistance Association for Political Prisoners (AAPP) said grenades and machine guns had been used on protesters in the northwestern town of Kale, accounting for at least eight of the deaths.

Houses and community clinics were also raided, said the group.

The Myanmar Now news outlet said the death toll in the town was at least 11, and at least 20 nationwide.

In other unrest, a Chinese-owned factory was set on fire in the country’s biggest city, Yangon, where there were also a series of small blasts. 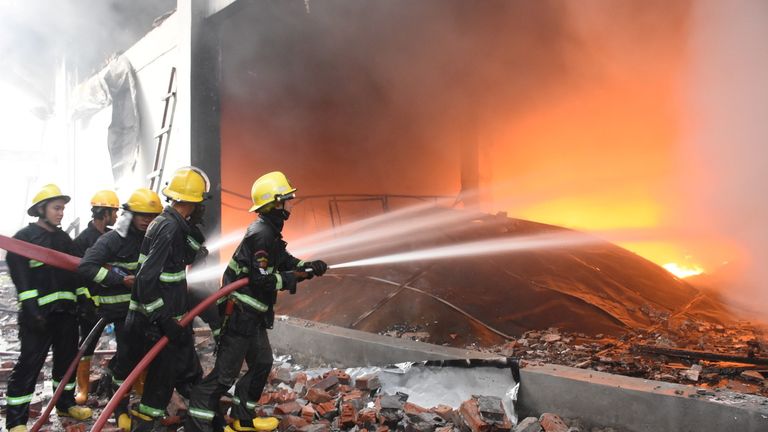 The army ousted Myanmar’s elected government on 1 February, claiming there had been voter fraud in last year’s election, but the independent election commission said there was no evidence.

As of Wednesday, some 598 people have now been killed while protesting over the power grab, according to the AAPP.

Senior General Min Aung Hlaing, leader of the coup, has said the pro-democracy demonstrators are trying to “destroy” the country.

Aung San Suu Kyi and top figures in her National League for Democracy party – which won a landslide in the election – are still being detained. 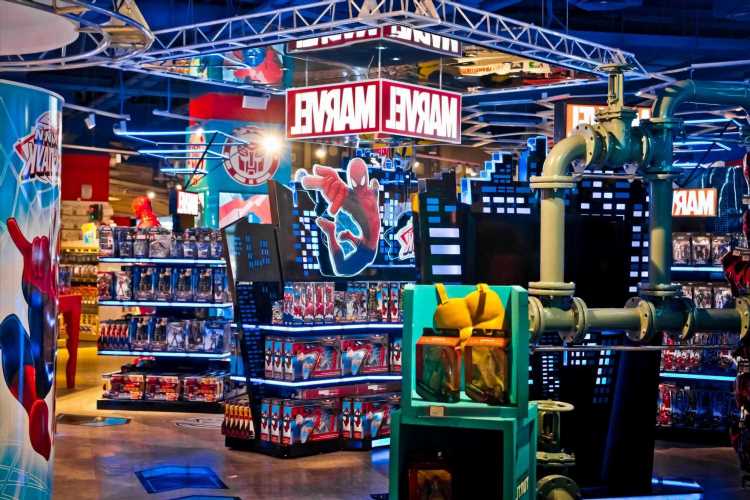