The confirmation comes after officials were forced to deny the hole was the result of a meteorite, methane — or even the work of the devil. 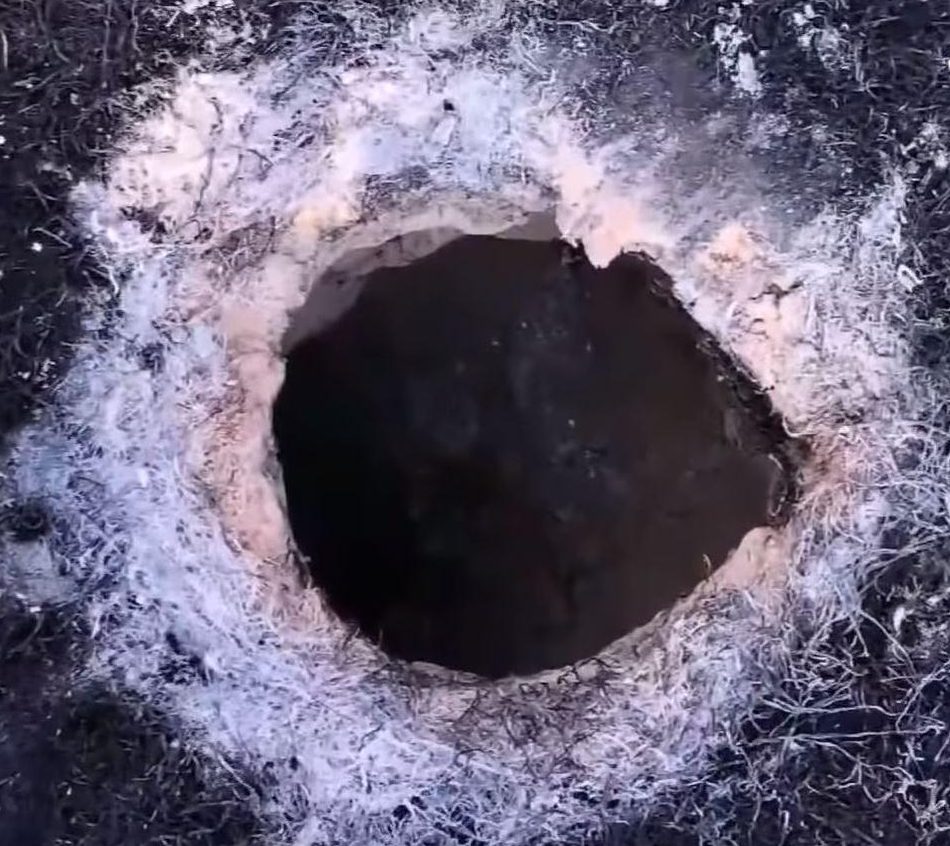 The fiery crevice opened up on a private property and shot 12 foot flames into the air for a full 40 minutes in mid-September leading many to claim it was a “portal to hell”.

Locals were quick to chime in with theories about what caused the sudden explosion guessing at meteorites or a gas leak to name a few.

Gas company Black Hills Energy, which was asked to help inspect the site, confirmed it didn't find any utility or fuel lines leaking in the area. 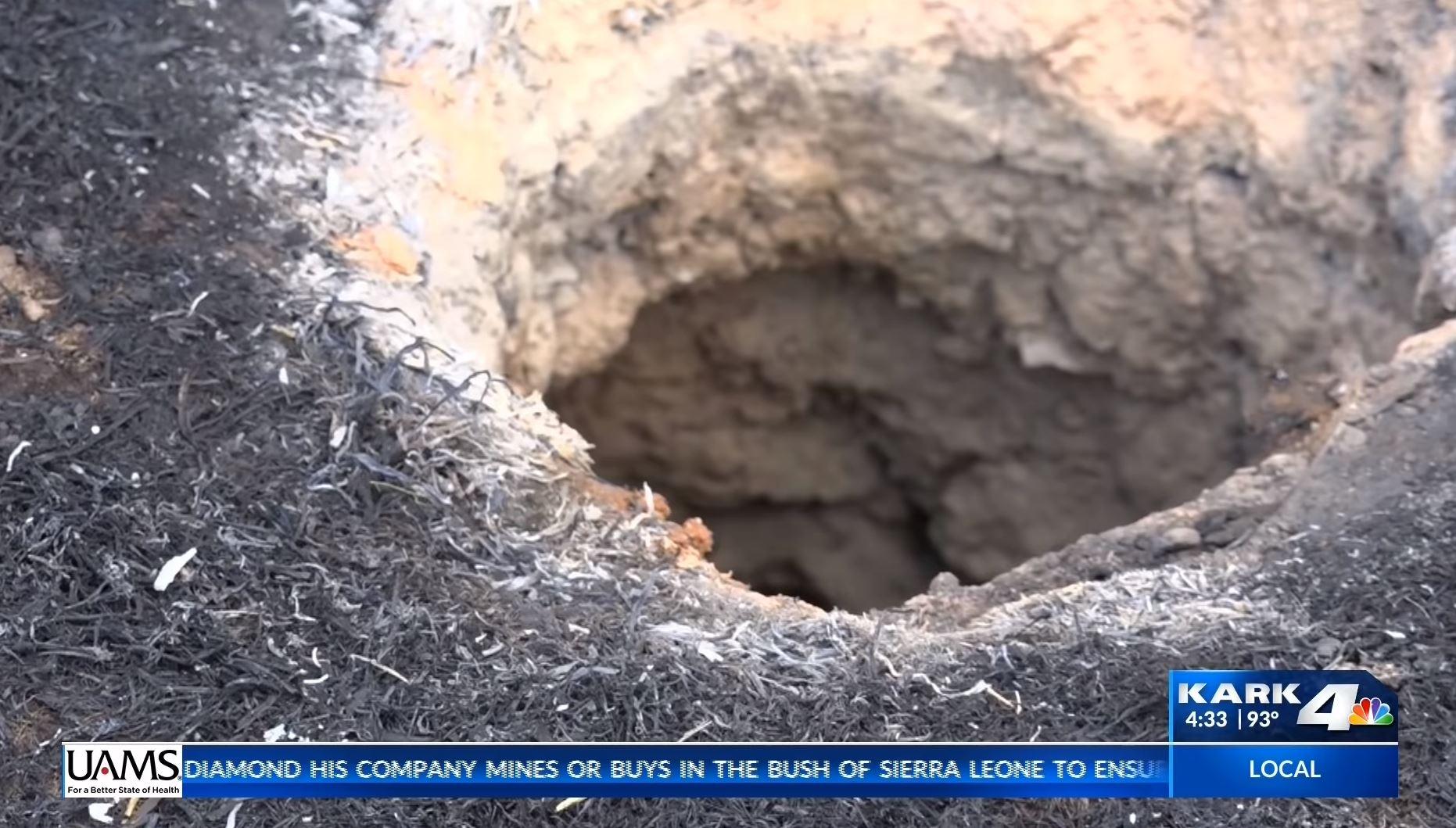 The Arkansas Department of Environmental Quality also examined several underground fuel storage tanks in Midway to ensure they were sealed.

According to the Arkansas Democrat-Gazette, Baxter County authorities used soil samples to identify various flammable chemicals typically found in paint thinners, confirming the firey hole may have been the result of an ill-thought out prank. 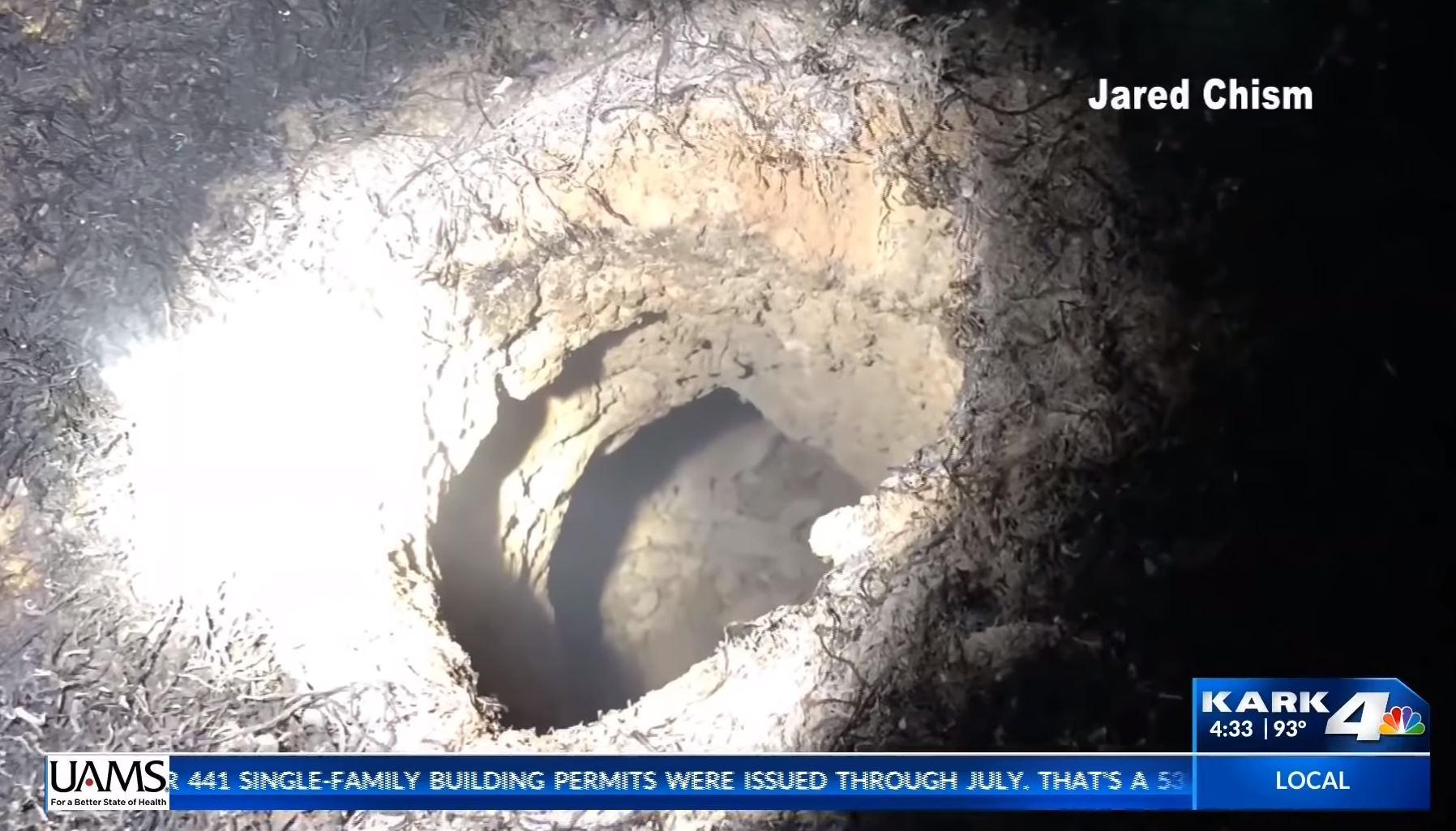 Wesley Stites, chemistry and biochemistry department chairman at the University of Arkansas, said both solvents can be found in household items, including paint thinners.

He said: “That seems like the most plausible thing to me, that somebody dumped a quart of paint thinner down there and caught it on fire.”

Baxter County Emergency Management Director Jim Sierzchula said there were no photos or images of the fire, which caused no property damage, and said the sheriff’s office would not be investigating the blaze as a crime.

A version of this story first appeared on New York Post.