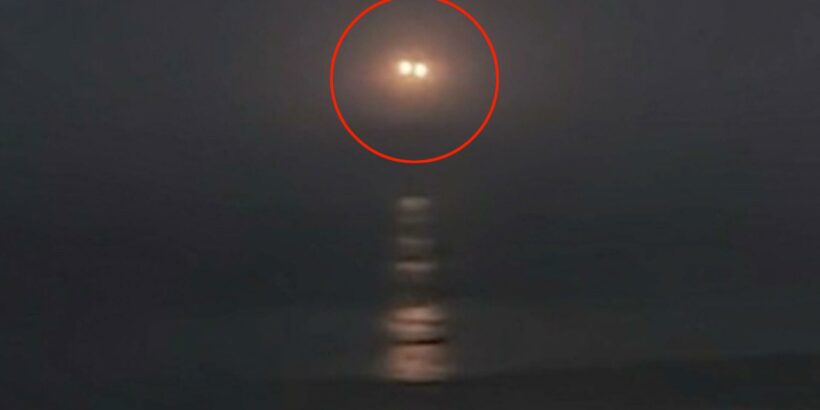 The bizarre video shared online on Monday fueled locals to wildly speculate if UFOs were flying over the Pacific Ocean. 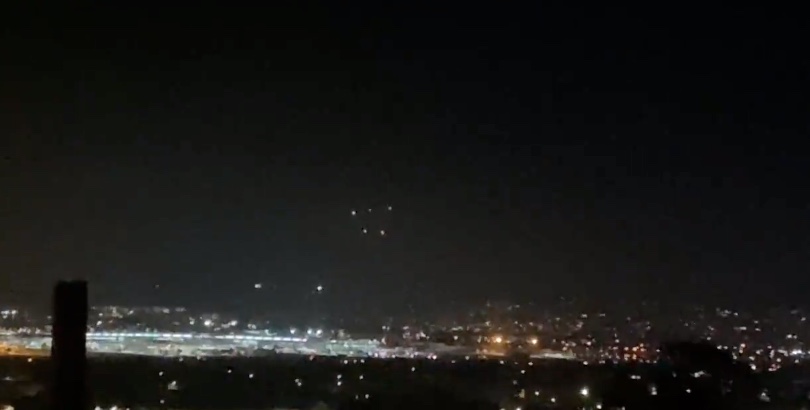 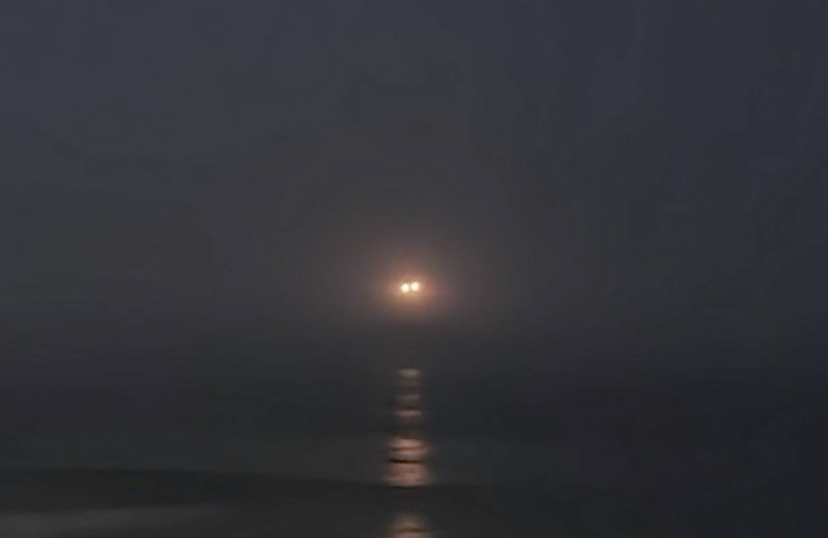 Some residents said they noticed a glow in the sky near Mission Beach and the city’s Paradise Hills neighborhood.

One Twitter user said they spotted up to five balls of lights flying over the ocean.

They claimed the lights kept glowing for around an hour.

It’s reported that there was no military or commercial planes in the sky at the time, ABC7 reports.

The strange footage fueled a flurry of speculation on social media.

One person said: “There are some wild lights floating over downtown San Diego.

“Does anyone know if it’s 4th of July related, or the Navy, or do I get to believe it’s finally aliens visiting us.”

Another asked: “Is this some sort of Morse code? Why is no one else freaking out?”

Tributes for mum, 79, with 'heart of pure gold' killed in explosion at house

While a third Twitter user posted: “Weird lights hovering in San Diego. Everyone: Please be aliens.”

A San Diego Police Watch Commander reportedly told Fox5 that the lights were generated from military flares, rather than drones or UFOs.

A series of alleged UFO sightings have been reported across the country in recent months.

Melissa Bates, of Missouri, said she saw a bright light coming in and out of focus for an hour – days after her friend apparently saw a glow in the sky.

The footage, which was filmed on May 16, shows a bright ball of light moving across the sky.

Around 30 seconds later, it seemed to change direction.

Melissa was left baffled as she tried to work out what the ball was.

She said: “It does move with intent it seems. Still don’t have a clue what it is.”

Kimberly Slover was left stunned when she recorded a flaming disk hovering in California.

She told Fox26 that the disk may have had a hole in the middle.

Her friend Victor Chavez claimed it was a spaceship.

In March, Lily Nova, of St. Louis, Missouri, has sensationally claimed that she sees aliens every day after spotting her first UFO during the Covid lockdowns.

She said she had her first encounter with aliens in November 2020 after taking up astrophotography to help cure her lockdown boredom.

She described her first encounter with aliens and UFOs as “very intense”.

The topic, which was restricted to the fringes of politics just decades ago, is now a national security issue and has left intelligence officers in Washington scrambling for answers.