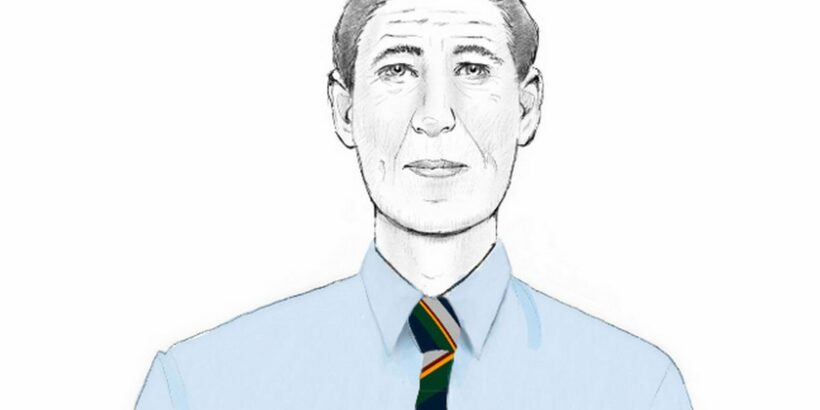 A near three-decade-long missing personcold case has been given a new lease of life thanks to a team of university students.

The case of a man whose body was recovered by officers in the North Sea in July, 1994, baffled police both in the UK and Germany.

He was found on the German island of Heligoland, but nobody was able to identify him.

Due to his posh attire, he was nicknamed “The Gentleman", and was found with injuries to his head, upper body and there was evidence of him being weighed down was also found.

He was described as being 6ft 5in, slim, aged around 45 to 50 at the time, wearing black or navy English-made loafers size 11, a wool tie, navy trousers made in France and a long-sleeved, light blue shirt. And now a group of Staffordshire University students have used modern forensic methods to revisit old evidence, Stoke on Trent Live reports, which has prompted German police to put out a new call for evidence.

“This is now being used as part of the appeal to provide a picture of what the man might have looked like.

“When we began on the case, I never imagined it would come this far. “To work with police investigators and prosecutors is a fantastic opportunity and it feels really good to know that we are helping the investigation.”

The new appeal, launched by Wilhemshaven investigators, the Oldenburg public prosecutor’s office and the Lower Saxony Police Academy is aiming to finally find out who the man is, and whether or not he has any relatives.

It is being backed by UK-based charity Locate International. Professor Caroline Sturdy Colls, from Staffordshire University, said: “We feel honoured to do this kind of work and bring new technologies and new approaches to cases that have gone cold and remain unsolved.

“There is the old saying that time is a healer, but for families of a loved one who is missing, not having those answers does not get easier.

“The new leads in the case and the appeal were a result of the tireless efforts of our students and this is a really important step in the investigation.

“We hope this new information will jog people’s memories and reach someone who can help to identify the man.”

For more stories and breaking news from the Daily Star, make sure you sign up for one of our newsletters here.