Confused drivers spotted the empty blue Honda Civic suspended from the Millwood Bridge with cable wires at about 7am (12pm GMT) on Wednesday morning. 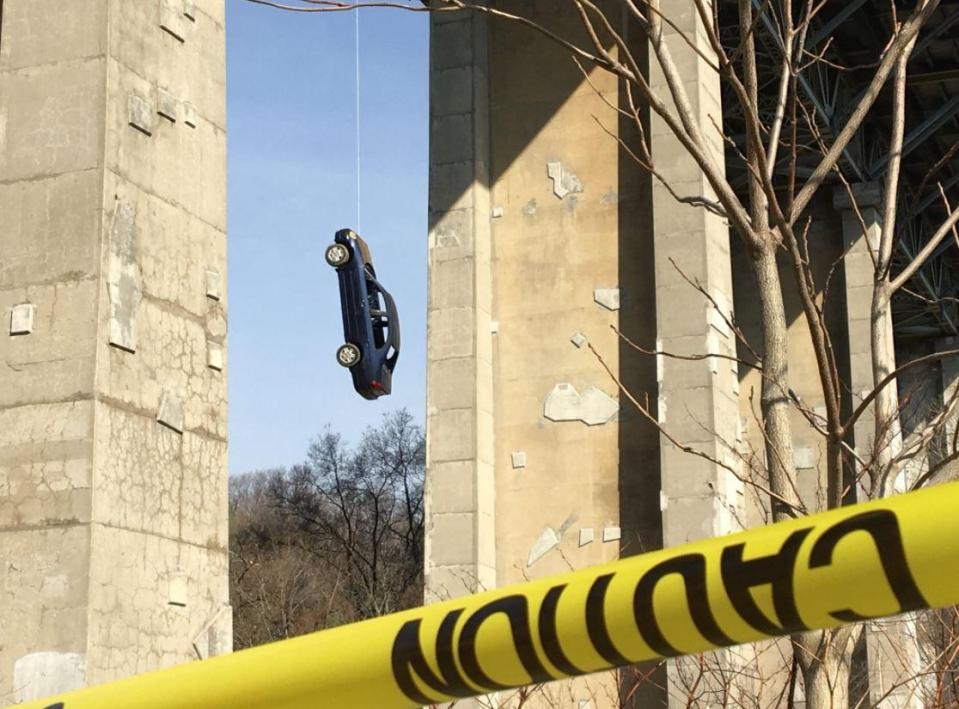 Canadian cops initially thought the derelict motor – stripped of its innards and licence plates – was part of a movie shoot, but later confirmed no filming permits had been issued.

Firefighters were called to cut down the vehicle and it was removed shortly before 11am (4pm GMT) as police launched a "public mischief investigation".

Officers said in a statement: "This incident resulted in the use of significant resources that were not available to attend to genuine emergency calls for service."

The car had no windows, seats, steering wheel or engine and was reportedly suspended from the bridge using a winch system – similar to devices used by tow trucks, according to the fire service. 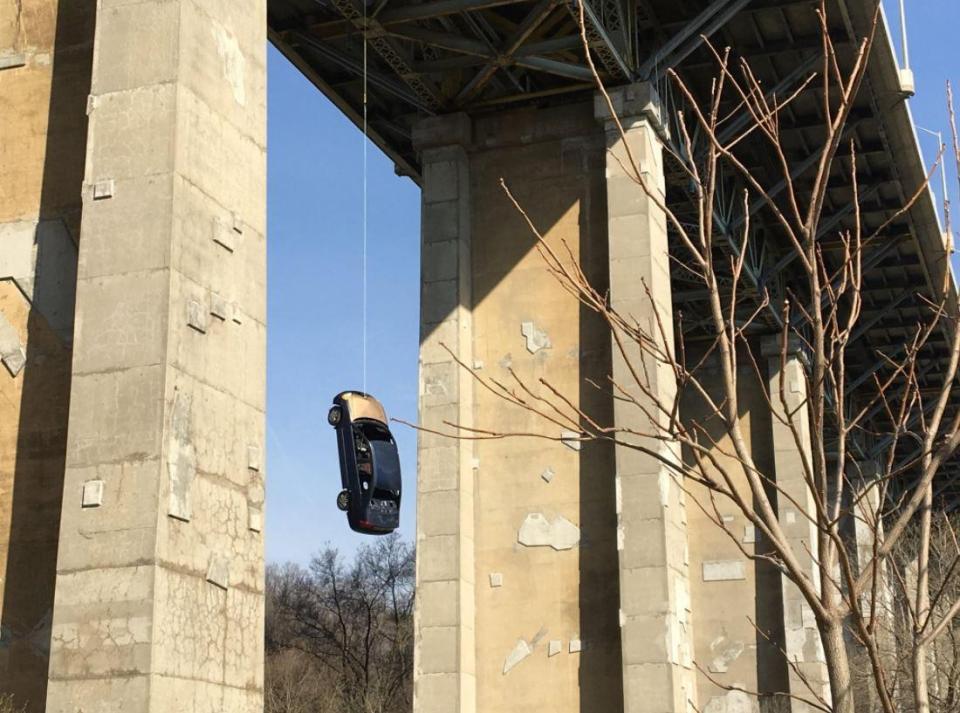 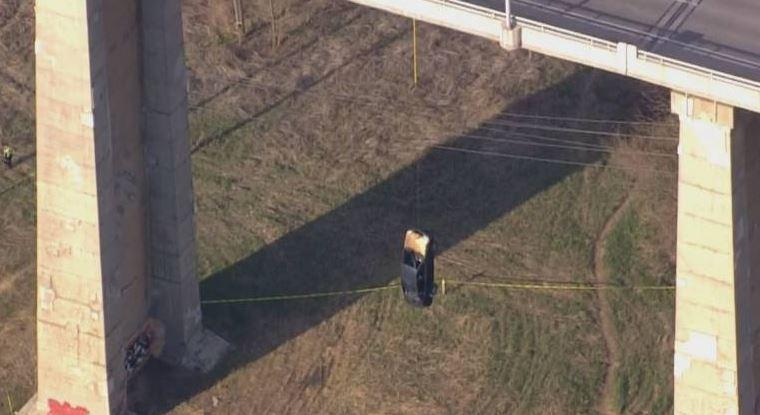 Cops said there was no threat to public safety and there was already caution tape around the area below the car before officers arrived.

Constable Jenifferjit Sidhu told The Globe and Mail: "There’s also the chance that whatever it was being held with could’ve broken or ripped apart and someone could have been hurt.

“The main thing with this is the amount of resources it occupied, which could have been used to answer other emergency calls.”

Social media users speculated whether engineering students were behind the alleged prank. 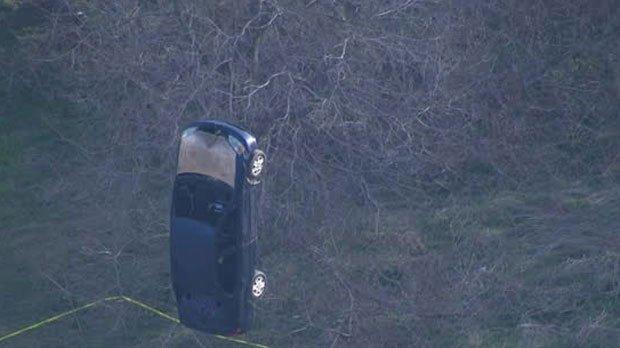 But a representative of the engineering faculty at the University of Toronto, told the newspaper they were not involved, saying it was “far more serious” than any of their typical handiwork.

It follows a similar prank in 2001 when University of British Columbia scholars suspended a classic Volkswagen Beetle from San Francisco’s Golden Gate Bridge.

In 2009, students at the same university tried to pull off the stunt in Vancouver but the the cables broke and the vehicle was sent plunging into the water.

Five undergraduates were caught and threatened with criminal charges.

In 1994, Massachusetts Institute of Technology School of Engineering students placed a police car on the roof of a campus building and it had to be disassembled to be removed.