Chris Perkins spotted the creature on the edge of the beach in Romney Marsh on Tuesday morning. 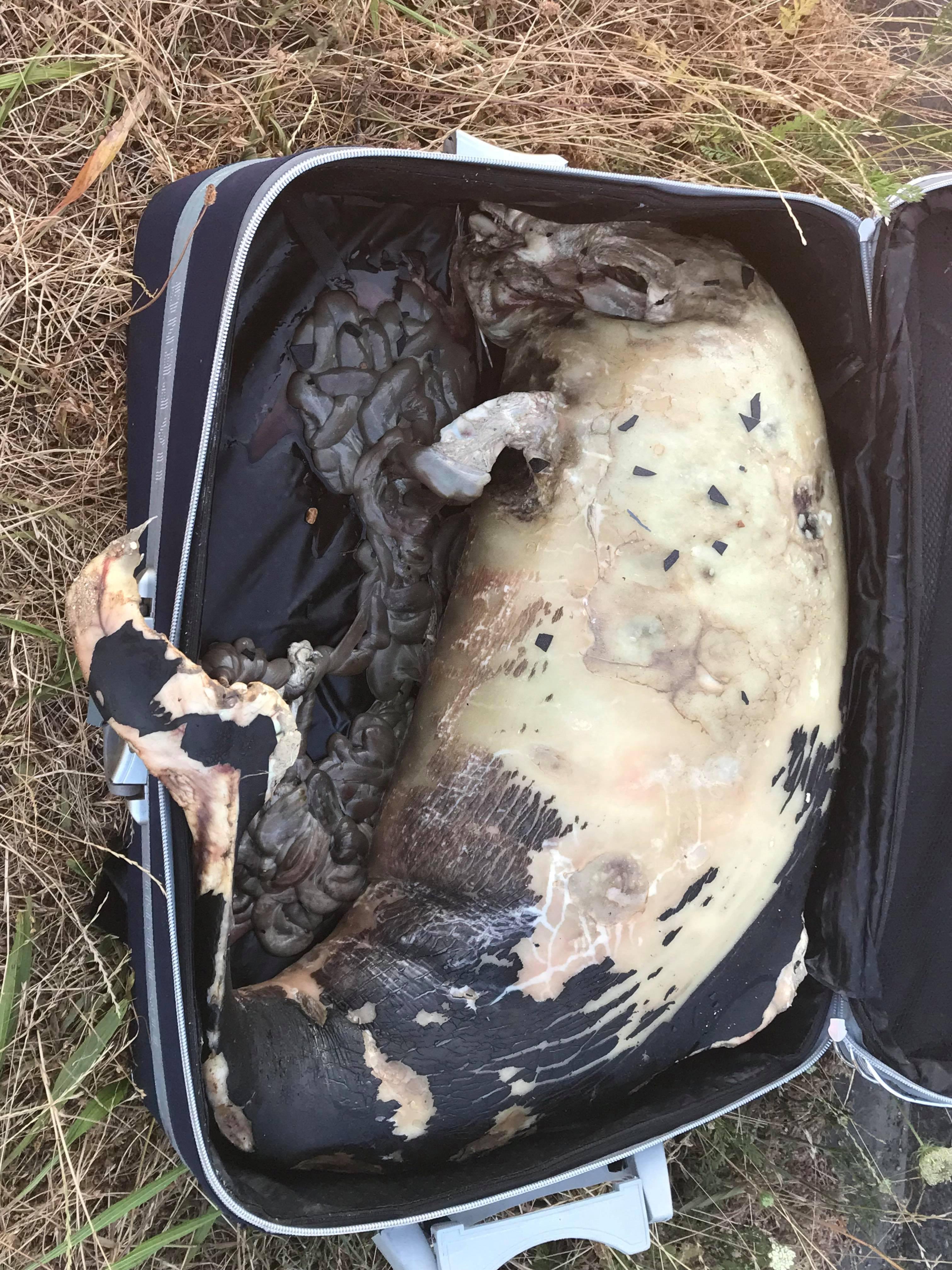 It was inside a wheeled case, placed on the sea wall.

The find is being probed by The Maritime and Coastguard Agency.

Chris said: "It was really awful.

"The suitcase was already open. 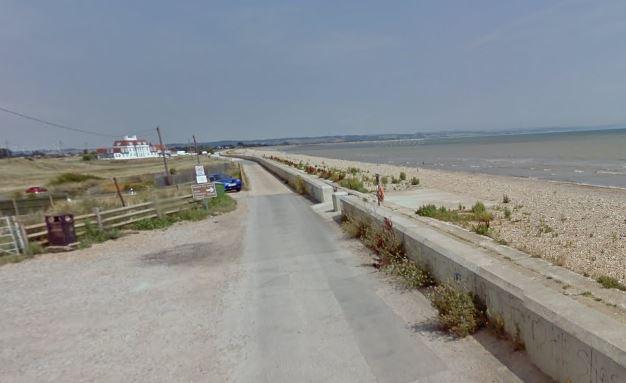 "As soon as I got up to that end of the car park, I saw something stuck out the grass.

"Someone had put it on top of the sea wall near the pathway, and lots of people walk that way.

"It had been dead a long time."

He told how the remains gave off a powerful stench.

He also said he believes it could not have been there more than 24 hours as he walks the same route every morning.

Porpoises are part of the aquatic mammal family known as Cetaceans which also includes whales and dolphins.

A spokesman for the Maritime and Coastguard Agency said: "A dead marine mammal has been found in a suitcase on St Mary's Bay in Kent.

"Dungeness Coastguard Rescue Team was sent early this morning to check and secure the scene after the find was reported to HM Coastguard shortly after 7.30am on Tuesday.

"It has also been reported to the Maritime and Coastguard Agency's Receiver of Wreck who deals with dead cetaceans such as porpoises on the beaches of the UK as they are classed as Royal Fish."

Alison Kentuck, Receiver of Wreck, said: "This is an unusual one.

"We have dealt with Cetaceans stranded all around the UK, sometimes in strange places, but I have never seen one packed in a suitcase before.

"It is quite decomposed and, at first sight, it seemed that it might be a small seal rather than a porpoise which means it wouldn't come under our remit.

"However, colleagues at the Cetacean Strandings Investigation Programme have identified it as a porpoise.”

A spokesman for Folkestone and Hythe District council said: "We were made aware of this this on Tuesday.

"We visited the beach earlier today but, from the location we had been given, we could not find the suitcase or the porpoise.

"We have now been given more accurate information and are currently re-visiting the beach where we will hopefully find the dead porpoise and remove it."