NANCY Pelosi "will impeach Trump IMMEDIATELY" unless he resigns, the Speaker of the House said on Friday.

Pelosi's demand that Trump step down came just after she revealed she's trying to stop him accessing nuclear codes following the deadly US Capitol riots. 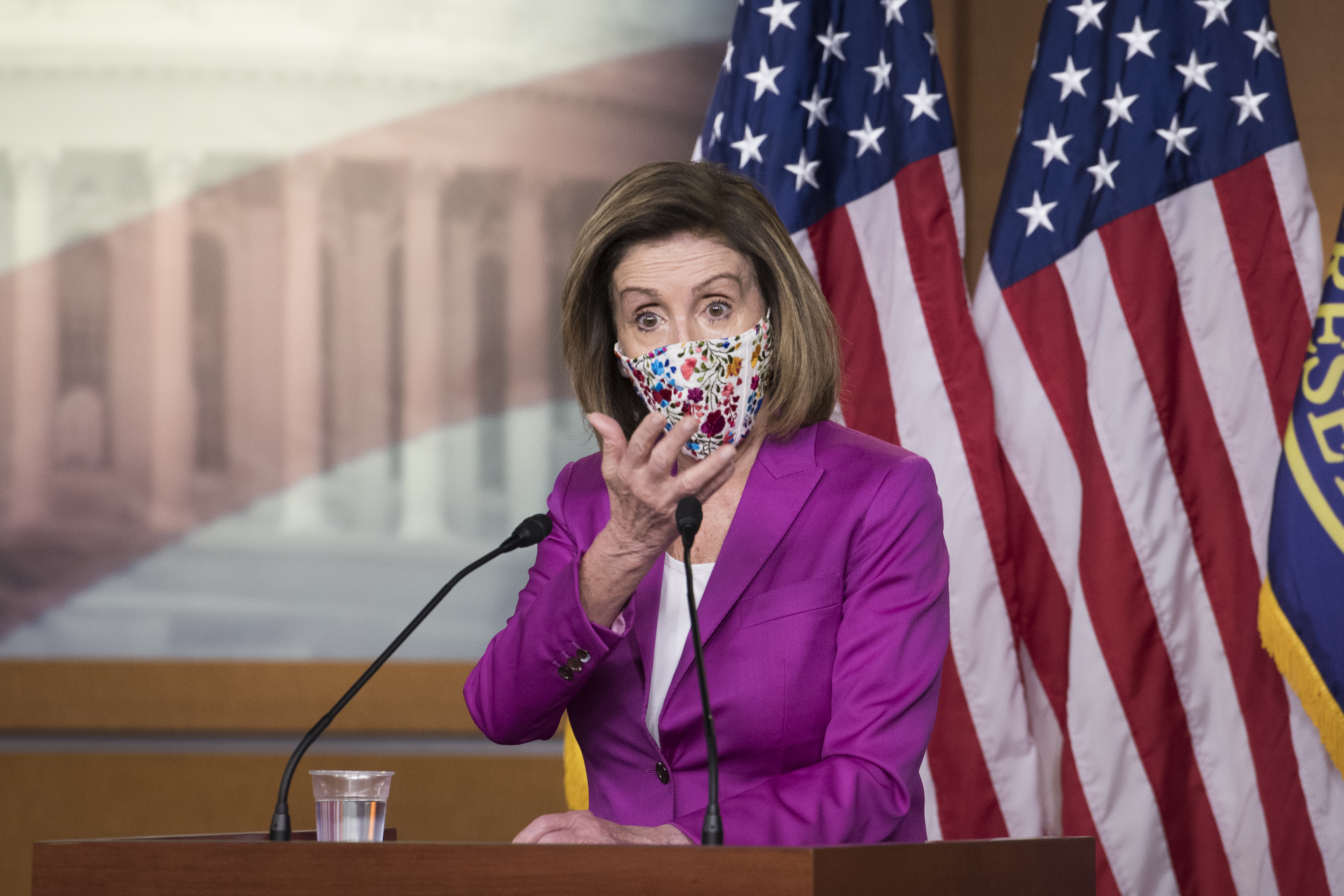 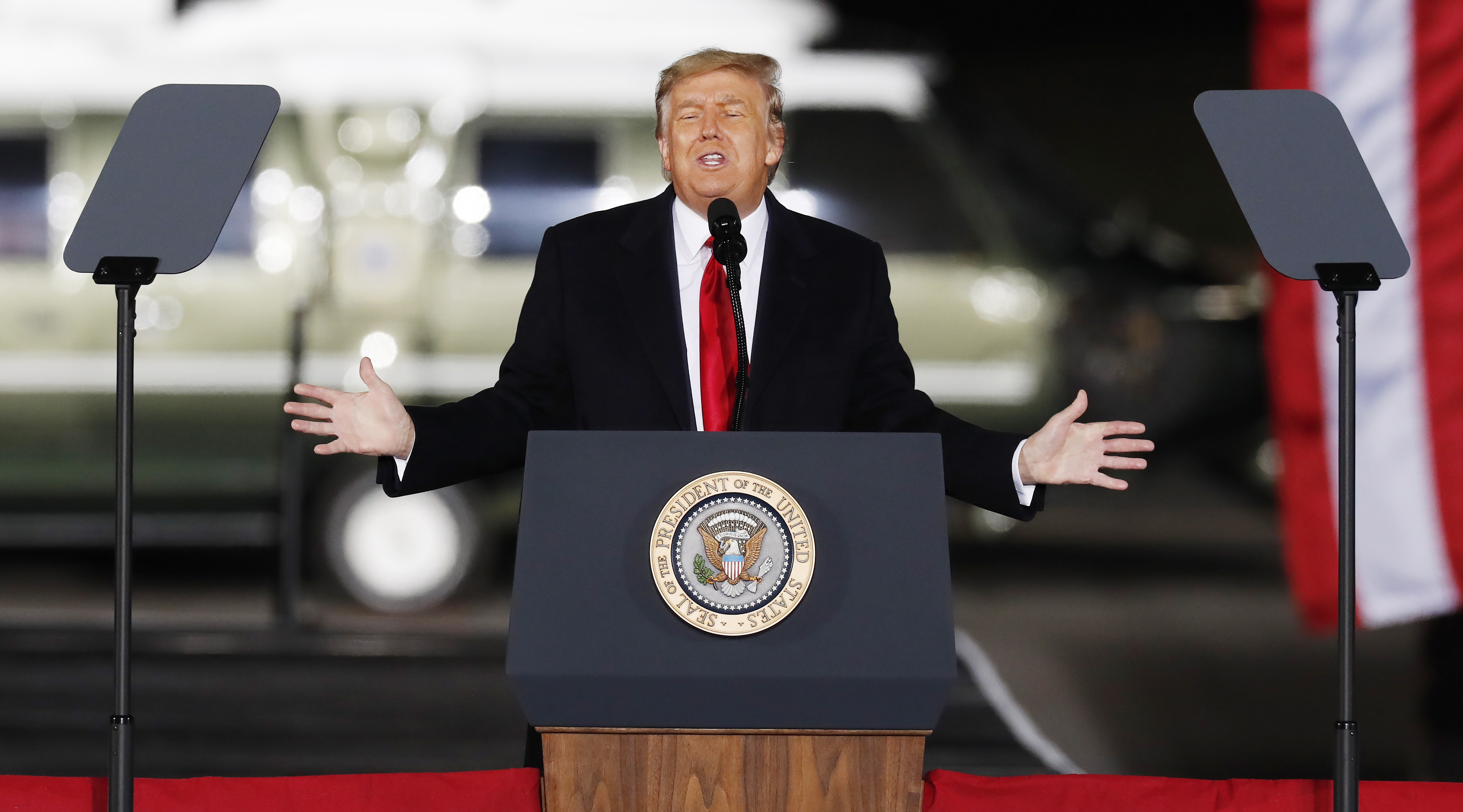 In a statement sent to colleagues, Pelosi cited former US President Richard Nixon's resignation as she demanded Trump resign.

"Nearly fifty years ago, after years of enabling their rogue President, Republicans in Congress finally told President Nixon that it was time to go," Pelosi wrote.

"Today, following the President’s dangerous and seditious acts, Republicans in Congress need to follow that example and call on Trump to depart his office – immediately.

"If the President does not leave office imminently and willingly, the Congress will proceed with our action," Pelosi vowed.

Pelosi's promise came amid discussions from her and other members of Congress on impeaching Trump – for a second time – following the deadly riots.

Americans and members of Congress across the country have called for the president to step down, or for Vice President Mike Pence to invoke the 25th Amendment – a move that would forcibly oust Trump.

Pelosi's vow to impeach Trump if he doesn't resign followed just hours after the House Speaker said in a letter to other members of Congress that she asked for the president to be prevented from accessing nuclear codes over fears that he "may order a strike." 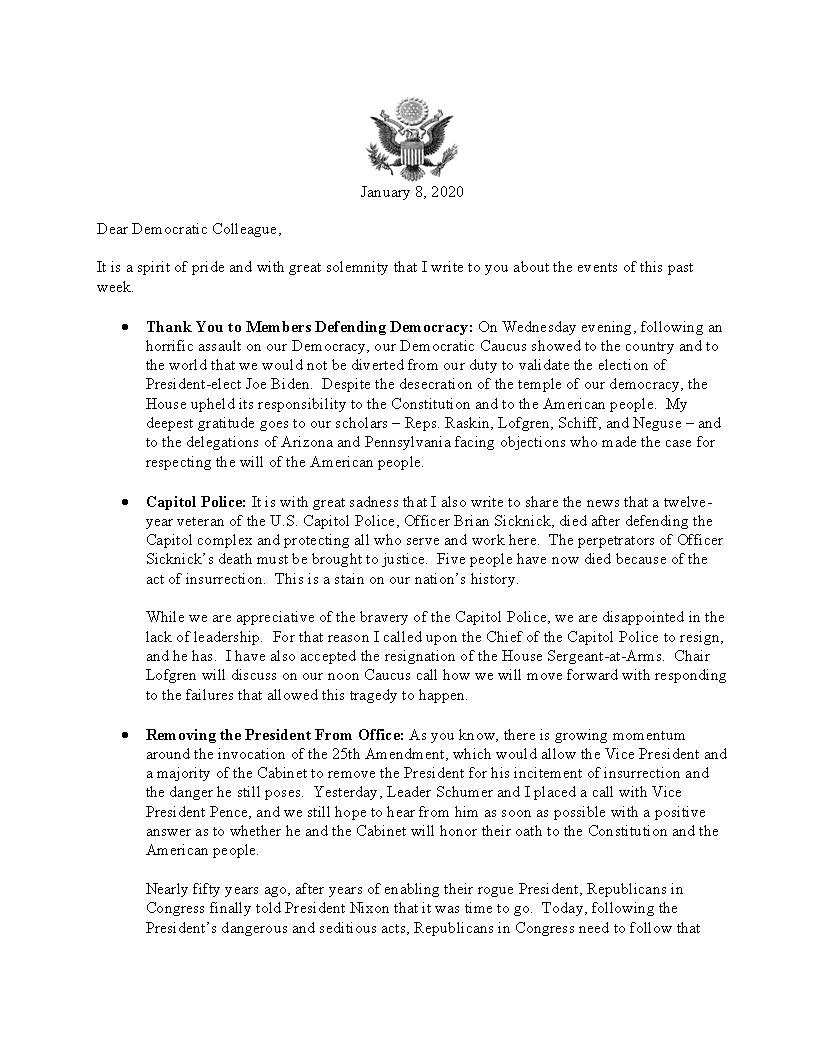 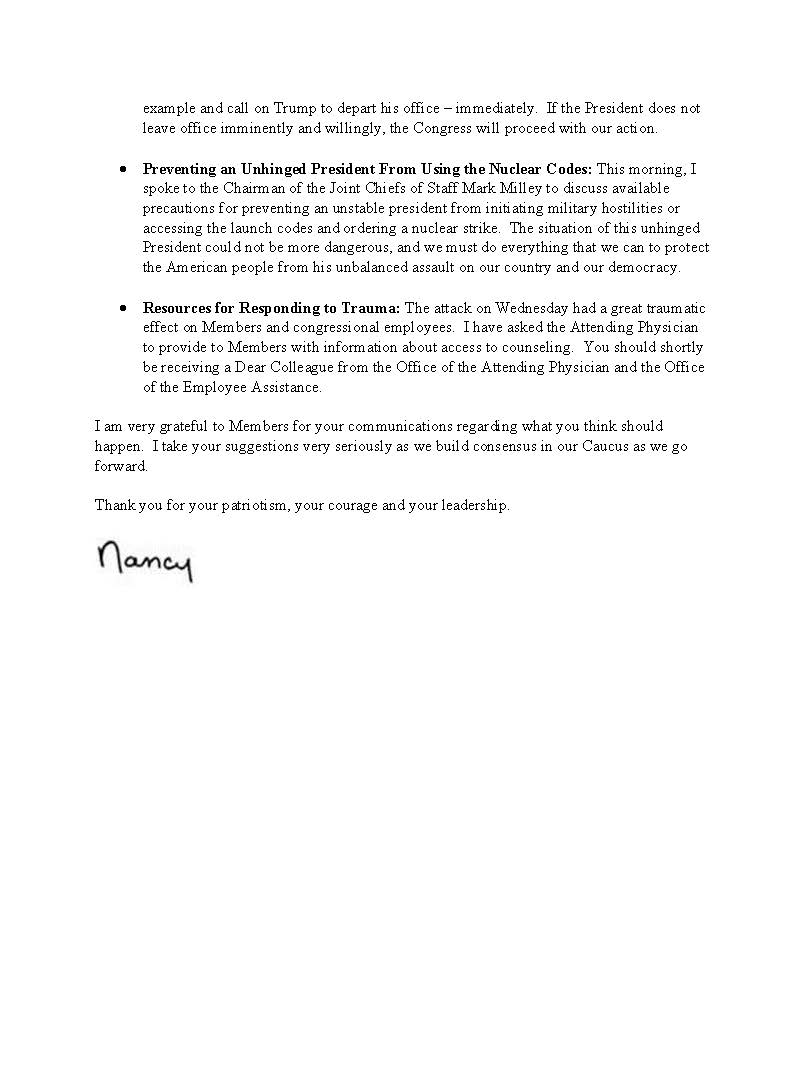 Pelosi cited a "horrific assault on our Democracy" following riots at the Capitol that left five dead.

"This morning, I spoke to the Chairman of the Joint Chief of Staff Mark Milley to discuss available precautions for preventing an unstable president from initiating military hostilities or accessing the launch codes and ordering a nuclear strike," Pelosi wrote.

"The situation of this unhinged President could not be more dangerous, and we must do everything we can to protect the American people from his unbalanced assault on our country and our democracy." 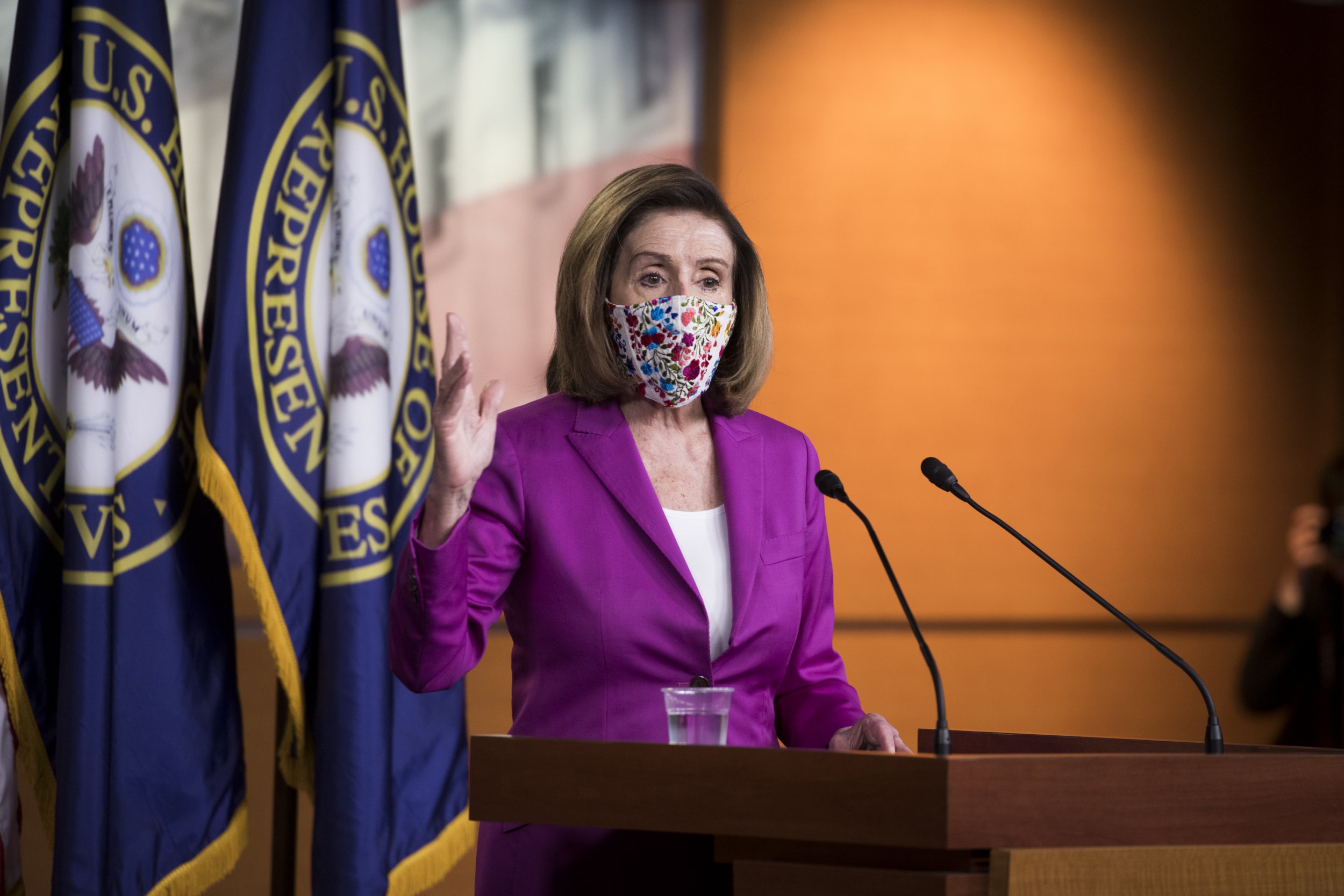 She then told members of Congress that they have mental health resources available after the traumatizing events, and thanked them for their "patriotism," "courage," and "leadership."

President Trump was banned from a number of social media apps after he shared video address as where he continued to make baseless claims of voter fraud and told his supporters they're "very special" and to "go home in peace."

The video was taken down from social media platforms as he was accused of inciting violence.

In an interview with CNN on Friday morning, Assistant House Speaker Katherine Clark said that members of Congress could oust Trump as soon asnext week.