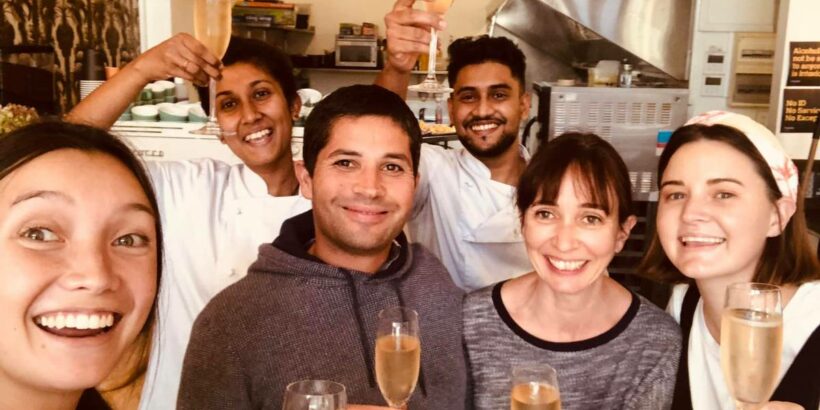 The French proprietors of Napier CBD eatery Cafe Tennyson have been granted permanent residency in a battle to be allowed to remain in the country they have made their home.

Julien and Sophie Debord, along with their two young children, who had arrived in New Zealand late in 2018 had an entrepreneur visa which was pending cancellation by Immigration New Zealand due to the Debords not meeting their business plan and targets which were set prior to the pandemic.

They received the good news on Friday and will be able to remain in New Zealand and carry on the business in Tennyson St.

Batting for them were such people as Napier Mayor Kirsten Wise, Napier MP Stuart Nash, the National Party’s Hawke’s Bay oversight MP, Louise Upston, and Napier City Business general manager Pip Thompson, who said the Debords were committed to riding the Covid storm for their loyal locals and stayed open facing the obvious, a major decline in revenue and huge staff shortages.

The Mayor, MPs and Thompson were among those who wrote letters to immigration ministers, with data showing Napier City-wide’s decrease in foot traffic and revenue related to café and hospitality turnover in Napier in the last two years. Thompson says it has been an exceptionally difficult environment in which to achieve pre-Covid turnover levels.

According to a Napier City Business media release, local business owner and regular cafe supporter Kathryn McGarvey said the Debords are kind, friendly, hard-working people and only wanted them to be given a fair go.

She created an online petition of more than 7300 signatures, which was presented to Green Party List MP Dr Elizabeth Kerekere who later tabled the document in Parliament.

Nash, also the Minister of Tourism, said delays in reaching the result were around the café proprietors having not met all the obligations of the specific rules and a need to complete a process before exemption could be applied for and decided.

He said one of his own staff had extensive immigration services experience and, seeing that the impacts of Covid crisis were valid reasons, the office campaigned – “possibly more than for any other constituent I can remember” – for the family to be able to continue in New Zealand.