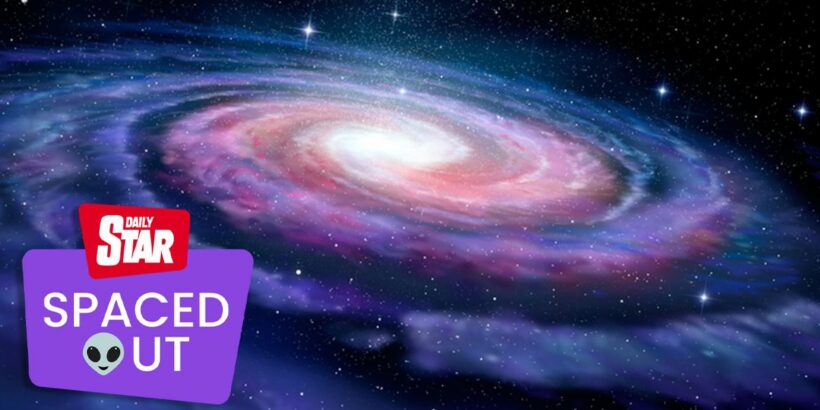 NASA has launched a mission "to see if the universe will tear itself apart in future," as fears over its expansion grow among scientists.

The universe is expanding, and the expansion is accelerating so much so that some scientists are worried the whole thing will tear apart.

In response, NASA’s Nancy Gracy Roman Space Telescope will be sent into the sky in 2027, with operation commencing soon afterwards.

Scientists think the Universe could keep expanding and tear itself apart in what's called a Big Rip.

This is a hypothetical cosmological model concerning the ultimate fate of the universe.

It concerns the matter of the universe, from stars and galaxies to atoms and subatomic particles, and even spacetime itself. The theory states these are progressively torn apart by the expansion of the universe.

“Roman will determine the growth history of the largest structures in the universe in order to test the possible explanations of its apparent accelerating expansion, including dark energy and modification to Einstein’s gravity…” according to a study.

The study, The High Latitude Spectroscopic Survey on the Nancy Grace Roman Space Telescope, is published in The Astrophysical Journal.

The lead author is Yun Wang, a senior research scientist at Caltech/IPAC in Pasadena, California.

“Our study forecasts the science Roman’s spectroscopy survey will enable and shows how various adjustments could optimize its design,” said lead author Wang.

In a Big Rip, Phantom Dark Energy – negative kinetic energy – could accelerate the expansion of Space Time until it becomes unstable.

Scientist Katie Mack describes it as the “horrific destruction of the universe in a finite time.” Galaxies would begin to unravel from their orbits as the space they moved through warped and buckled.

Eventually, planets would fly off into space, before being pulled apart even at the atomic level.

Typically, cosmologists agree that the End of the World will happen one of three ways: the Big Freeze, the Big Rip and the Big Crunch.

Professor Venus Keus explained the theories during a Ted Talk. She said: “The Big Freeze scenario is what happens if the force pulling the objects apart is just strong enough to stretch the rubber band until it loses its elasticity.”

Eventually, there would be so little energy that new stars would not form.

“The universe would become darker and colder, approaching a frozen state also known as the Big Chill, or the Heat Death of the Universe,” she added.

The other theory is the Big Crunch, an infinite universe that explodes and implodes forever.

“Galaxies would start rushing towards each other, and as they clumped together their gravitational pull would get even stronger,” Prof keys explained.

“Stars too would hurtle together and collide. Temperatures would rise as space would get tighter and tighter.

“The size of the universe would plummet until everything compressed into such a small space that even atoms and subatomic particles would have to crunch together."