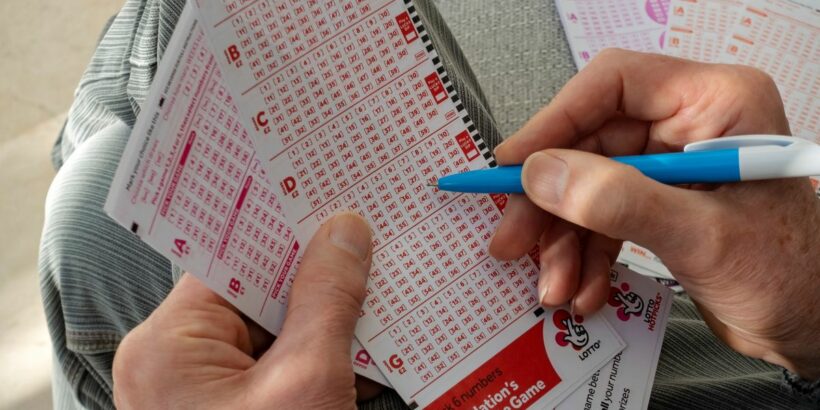 A veteran has been left baffled after Camelot refused to pay out on his winning £6.5million lottery ticket – saying it has already been claimed.

Peter Rhodes, 60, told The Mirror he doesn't play the lottery very often and only buys tickets when the winnings are big

Mr Rhodes says alarm bells started ringing when he took his ticket to a shop in London and he alleges his National Lottery jackpot was stolen by a shop employee when he tried to cash in the ticket.

The pensioner claims a woman in Camelot's operations team confirmed it was worth £6.5million but hours later he says he was contacted by the lottery firm's fraud team saying they will not pay out the winnings – because it had already been claimed.

Mr Rhodes, from London, said: "It's a life-changing amount of money. They haven't stolen from me. They stole my kid's futures. That money was going to be for them."

Mr Rhodes says he took his ticket to a shop in London in October 2019 and when the shopkeeper put it through the machine it allegedly made a noise to indicate he had won something.

He said things then became very strange and claims the shopkeeper refused to give his ticket over.

Mr Rhodes said: "When I first went in and handed it over the shopkeeper put it in the machine and it made a noise, meaning it was a winning ticket of some sort.

"I didn't know how much was on it and he then refused to give me my ticket. I asked for my ticket back and he took three steps to the right and put it under the counter.

"I leaned over and saw he had about 80 tickets under the counter. He picked one up and paid me something like £11.40.

"He tried to say it was my ticket and it wasn't. I know it wasn't because I folded mine twice and put it in my wallet and this one was flat."

In search of his winnings, Mr Rhodes contacted the police. He has hired a solicitor and plans to take his case against National Lottery as far as he can.

A Metropolitan Police spokesperson said: "In May 2021 police received a report of fraud relating to a lottery ticket purchased in October 2019.

"This was initially dealt with as a civil matter. In September 2021, following further contact from the complainant, officers liaised with Camelot who confirmed there was no evidence that any fraud had been committed.

"As a result, the case has been closed – should any further information come to light then this decision can be re-assessed."

A Camelot spokesperson said: "While we can't comment on the specifics of this case, we're aware that Mr Rhodes has now instructed solicitors and we'll be responding fully to his solicitors in due course."