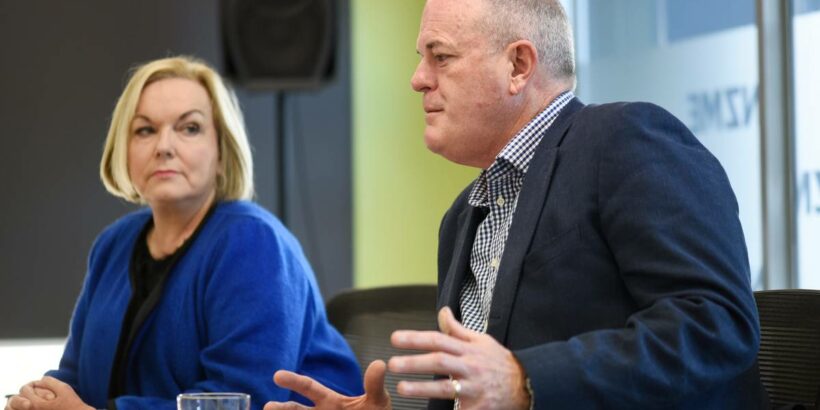 Muller has confirmed to the Herald that he admitted at that caucus meeting to making a comment that was quoted in the media.

“I did not leak. I made a comment to a journalist that was subsequently quoted. Yesterday I admitted to that and apologised for this.”

He would not comment further on whether that was a factor in his resignation, or whether National leader Judith Collins had demanded he resign.

Collins is understood to be furious about Muller’s admission.

One source said Muller was threatened with a move to suspend him from caucus if he did not announce his resignation.

The next morning Muller announced he would resign at the next election, saying it was a “difficult decision” but he had “decided that I need to prioritise my health and family and move on to the next chapter of my life.”

Other sources told the Herald Muller had explained he had spoken to the journalist in question, but said he was not expecting to be quoted on it, and had apologised.

The article in question is understood to be a Newsroom piece which included a number of critical comments about Hipango from unnamed MPs. None of the other MPs outed themselves.

The late-night caucus meeting at which Muller made his admission is believed to have been prompted by a NZ Herald article, published this morning, about allegations of inappropriate spending by Hipango which Parliamentary Service required her to pay back.

Collins has since confirmed Hipango had to repay Parliamentary Service for some items of furniture, but has said it was a matter of “coding errors” by a staffer in the billing.

When Collins was asked after Muller’s announcement if she was sad to see Muller resign, she replied that she accepted his decision and supported it.

“I think it shouldn’t come as much of a surprise to people.”

Muller stood down as leader of the National Party in July after 53 days leading the party.

He has been open about his struggle with anxiety and mental health during that period.

Muller is expected to have portfolios taken from him when he returns from five weeks’ leave to help his wife Michelle recover from a serious medical procedure.