The National Trust has been forced to admit it was wrong to cover up artwork that featured men at an exhibition promoting the role of women.

Visitors at the former stately home of 19th century industrialist Lord William Armstrong and his wife Margaret were baffled when they saw room after room full of artwork covered by white sheets.

The recent exhibition at the couple’s old mansion at Cragside in Rothbury, Northumberland was meant to celebrate her life and promote the role of women.

But in a failed bid to get visitors to see the ‘lack of female representation in art’ the Trust decided to cover all male-focused artwork with plastic sheets.

After countless tourists complained the Trust has been forced to admit their idea backfired. 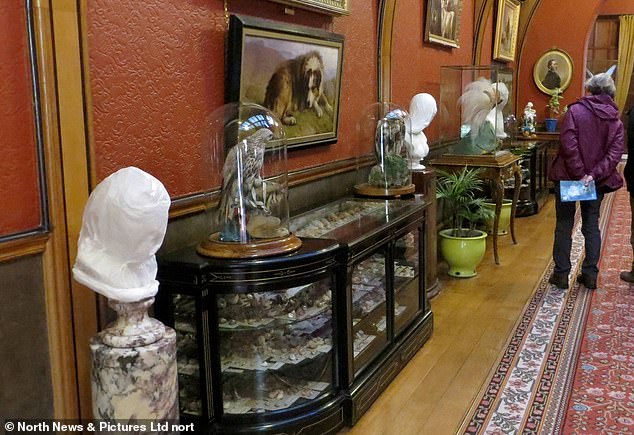 Visitors at the former stately home of 19th century industrialist Lord William Armstrong and his wife Margaret at Cragside in Rothbury, Nothumberland were baffled when they saw room after room full of artwork covered by white sheets (pictured) 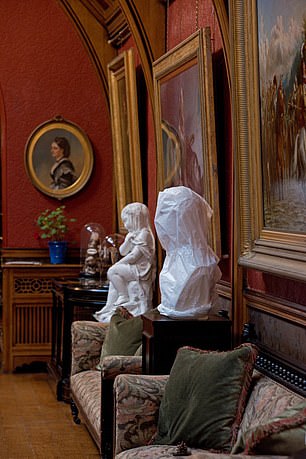 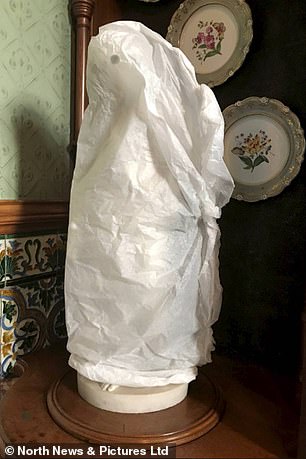 A spokesman told The Guardian: ‘The project was not about censoring art or being politically correct.

‘It was designed to encourage visitors to look at the collection differently and stimulate debate.

‘Sometimes it doesn’t work as we intended and we accept the feedback we have received.’

The spokesman added that the positive and negative feedback will see the project ‘reviewed thoroughly’.

The ‘Great Cragside Cover Up’ was funded by a £114,748 government grant courtesy of Victoria Atkins, minister for women.

But with visitors paying £49 for a family ticket, several were unimpressed. 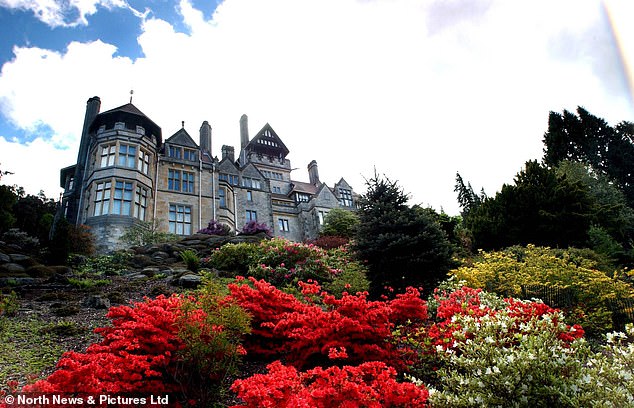 Exhibition-goer Jim Herbert, told BBC Newcastle: ‘Having paid a touch under £50 to get in, it is disappointing not to be able to see the whole collection, and I fail to see how hiding exhibits deemed as male can do anything to encourage female achievement.

‘I can’t help but think that an extra exhibition recognising the achievements of women would be more constructive.’

Another said: ‘It was ridiculous. Whole corridors and room after room were completely covered.’

It was part of the National Trust’s Women and Power programme for the centenary of women’s suffrage.

The three-week exhibition, which ended on Sunday, was designed to encourage visitors to ‘notice the absence of the female voice’ by ‘concealing male representation’. 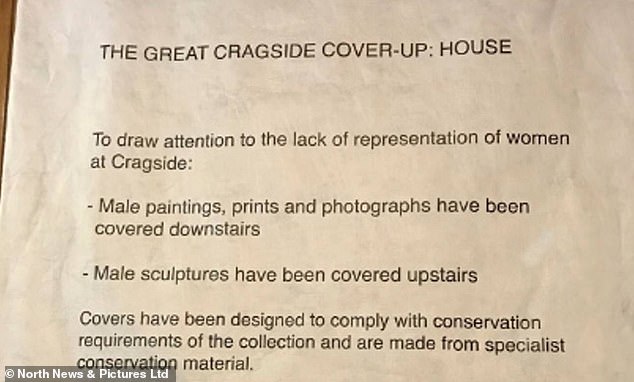 But it was so unpopular that staff reportedly had to empty the visitor comments box three times a day because it was overflowing with complaints.

Sir Roy Strong, 83, former director of London’s Victoria and Albert Museum and the National Portrait Gallery, said: ‘Lord Armstrong would be horrified to see his art being used to deliver a diatribe on political correctness.

‘His art collection was given to the National Trust in good faith. The fact they have gone on to use it in this way will be extremely off-putting to any future donors.’

He added: ‘If the public pay to see an art collection they expect to see what is there.

‘It’s insulting … to censor paintings to make a political point. I find the whole thing infantile and rather sad. It is completely pointless. I’m sure the donor would be turning in his grave.’ 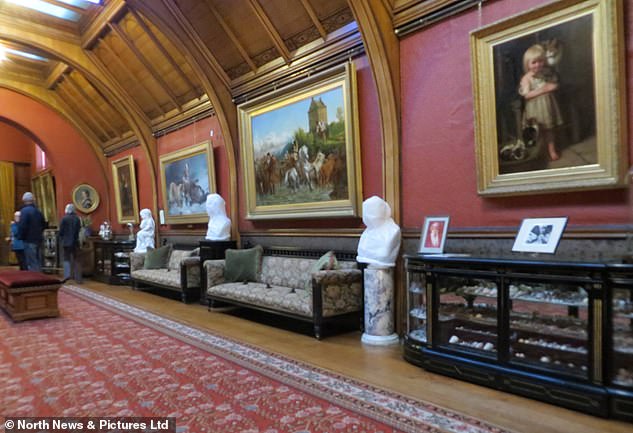 Another visitor, Sharon Wilkinson, 64, accused the National Trust of ‘abusing something in their care’. 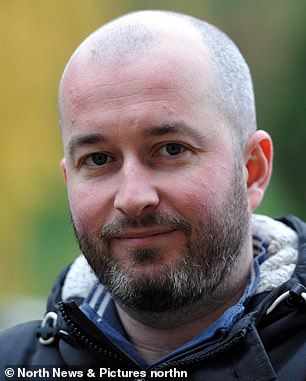 Visitor Scott Anderson, 36, said: ‘This is just PC for PC’s sake. Covering up male art is not going to achieve equality.’

She added: ‘Believing that the only way to put women forward is to put men backwards is mad.’

Scott Anderson, 36, added: ‘This is just PC for PC’s sake. Covering up male art is not going to achieve equality.’

The collection at Cragside, acquired by the National Trust in 1977, includes paintings by JMW Turner and Raffaello Sorbi.

Harriet Sutcliffe, an artist and a PhD researcher at Newcastle University involved in the exhibition, defended the project in an online video, saying that the artists were ‘frustrated’ by not being able to showcase Lady Armstrong’s life.

She said: ‘We thought actually by concealing some of the male objects and artefacts within the house, it might shift the lens slightly so that these women would finally have a space for three weeks to shine.’

The trust has been embroiled in a number of rows over political correctness, including asking volunteers to disclose their sexual and gender orientation and making some wear gay pride badges. 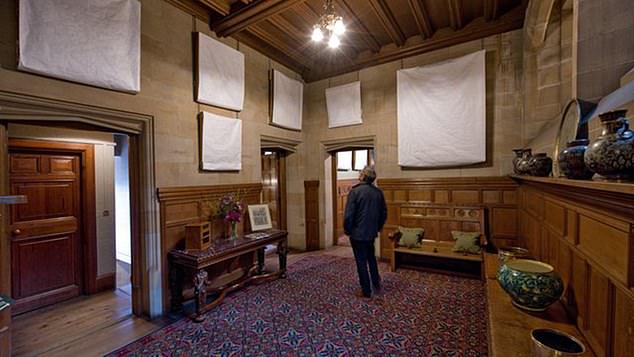