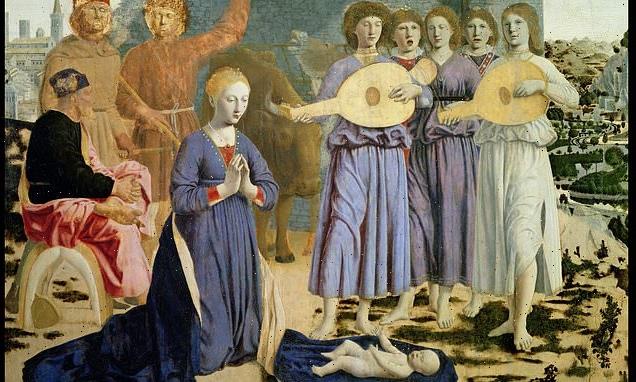 After three years of restoration, a 15th-century masterpiece depicting the birth of Jesus is going back on display today – just in time for Christmas.

Nativity, by the Italian renaissance master Piero della Francesca, who changed the setting of the nativity scene from Bethlehem to his native Tuscany, is on show at the National Gallery in London, its home since 1874. Senior restorer Jill Dunkerton said the ‘unusually challenging’ job to rectify damage caused by over-cleaning was ‘a real privilege, but also a great responsibility’.

She added: ‘Every decision, every tiny brush stroke of retouching, affects our perception of its appearance and meaning, possibly for many generations.’ 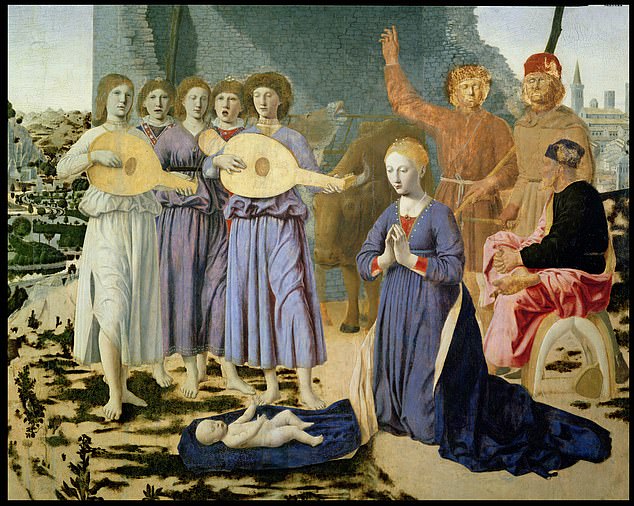 Nativity, by the Italian renaissance master Piero della Francesca, who changed the setting of the nativity scene from Bethlehem to his native Tuscany, is on show at the National Gallery in London , its home since 1874

According to the gallery, the restoration process has helped uncover ‘several myths and mysteries’ about the painting, including why none of the figures have shadows.

It is now thought that the whole Nativity is being seen ‘through the eyes of Saint Bridget of Sweden in her vision of Christ’s birth’.

It was previously thought that the lack of shadows was one of the signs that the painting was unfinished.

A patch of light stones has now been made visible thanks to some retouching of the paint on the stable and it is now clear that one shepherd’s hand is guiding a ray of light through a gap in the roof.

The painting was in poor condition when it came to London in the 1860s. It had splits in the panels and had been over-cleaned in many areas