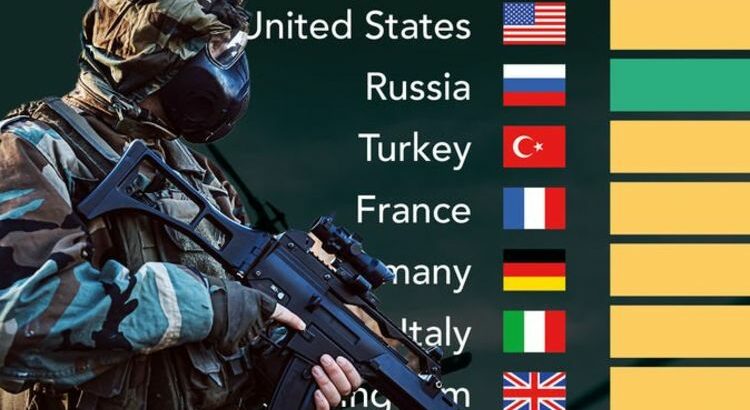 Russian relations with Ukraine have devolved in recent weeks into a tradeoff between Mr Putin’s administration and his western opponents. The US, UK and their allies in NATO have warned the Russian president not to pursue expansionist tactics that upset the region in 2014. But Mr Putin claims he has responded to similar aims from the intergovernmental military alliance.

How big is the Russian army?

Their presence, he warned, could ignite a “lightning war” in the area, with Mr Putin directing thousands of troops into Ukraine.

Western leaders have claimed he aims to rebuild Russia to its glory under the USSR by annexing further swathes of eastern Europe.

The president has denied plans to invade Ukraine, claiming instead to oppose NATO’s eastern expansion.

He is steadily consolidating a military presence in the area, currently consisting of 100,000 Russian troops backed by military equipment.

At the same time, Mr Putin is equipping allied Belarus with missile systems and moving ships into the Black Sea, according to the Wall Street Journal.

The troops and vehicles piling pressure on the country are just a fraction of the forces available to Mr Putin.

Data shows that, when considered alongside NATO members, Russia has a troop population second only to the US.

Figures from armedforces.eu show the country has approximately 1,154,000 active soldiers.

And the army has backing from roughly 250,000 more soldiers held in reserve.

At the same time, Russia has the world’s most extensive collection of nuclear weapons, with a supply of approximately 6,400 warheads.

How powerful is NATO?

The US has a fighting force that is only marginally larger than Russia’s.

NATO’s chief backer has an army consisting of approximately 1,346,400 personnel.

NATO is a collective of nations, however, meaning its military might derives from each active member.

After the US, Turkey, France and Germany are the best-equipped members.

Each nation pledges personnel depending on “different strategic weight and influence”.

In total, NATO states it has the “capability to count on nearly 3.5-million personnel, troops and civilian combined”.