It covers the walls, trickles over the doors and peeps in through the windows – this is wisteria at its glorious best.

Nature has worked its magic this year, providing the perfect conditions for the fragrant flower clusters to bloom around the Queen Anne property.

The climbing plant was already mature when the owners moved into the house near Wells, Somerset, 35 years ago – and is thought to be at least 100 years old. The climbing plant was already mature when the owners moved into the house near Wells, Somerset, 35 years ago 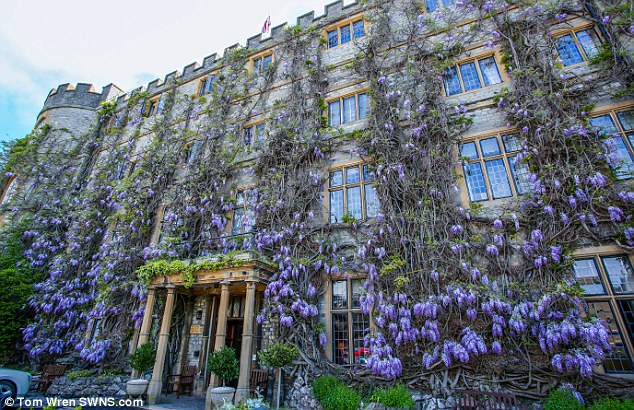 Wisteria growing on the Castle Hotel in Taunton, Somerset

But now the entire property is drenched in purple splendour, with this year’s display even more stunning than usual. This is all thanks to the recent sunshine and lack of showers. Rain can play havoc with the blossoms, knocking them off the vines.

The wisteria is heavily perfumed and fills the house with its grape-like scent, say the owners, who asked not to be named.

Family friend Charlotte Benfield is pictured leaning out of a window at the property, which dates back to 1700, admiring the flowers.

She is far from alone in her appreciation for such beauty, as it is being repeated all around the country thanks to the kind weather. 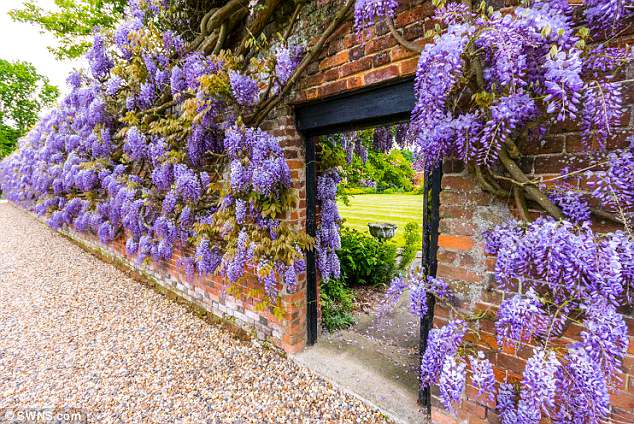 Thought to be the longest single vine in the UK, Wisteria blooms at Wickham Park Farm, Essex 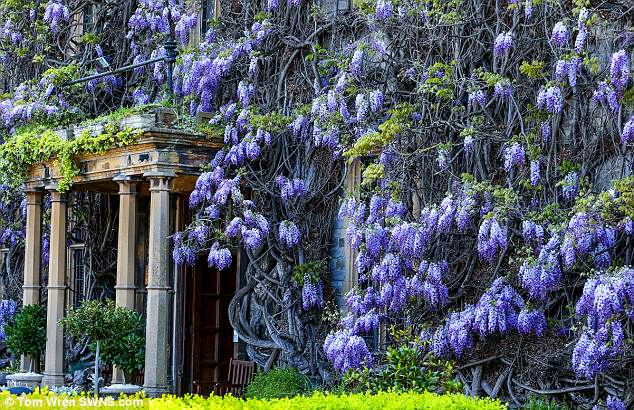 Spectacular displays  of wisteria are expected to continue for another fortnight

Wisteria has already been in bloom for a week or more in many places and its spectacular displays are expected to continue for another fortnight – barring storms, of course.

A spokesman for the Royal Horticultural Society said: ‘Because of the poorer weather earlier in the year, we are having a shorter, condensed spring that is creating magnificent displays as everything flowers at once.’

As well as purple, you can also find wisteria in white, pink, blue and green.

Gardeners must be patient because it takes three to four years until a new vine truly blossoms. But once established, wisteria is hardy and capable of climbing to 30ft in trees or spreading for 60ft on a wall. 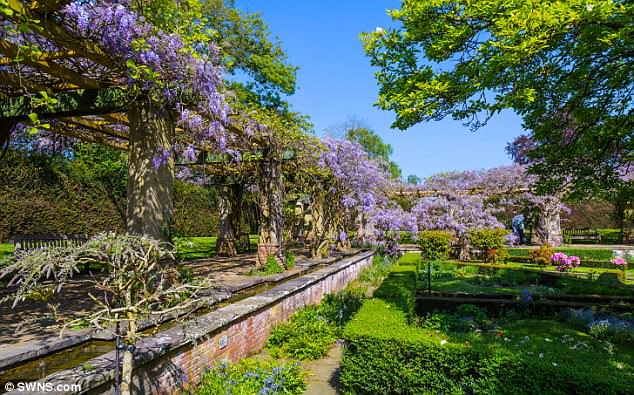 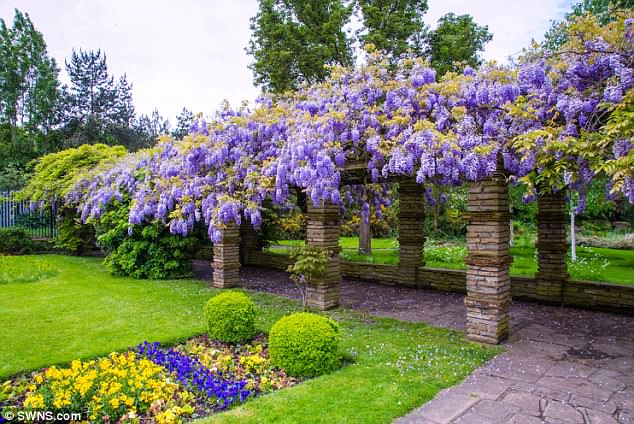 The plant of passion

Traditionally native to China, Korea and Japan, wisteria was introduced to Britain in 1816.

In the Victorian language of flowers, wisteria symbolises ‘over-passionate love or obsession,’ referring to the choking nature of the vine.

Wisteria – a genus of plants in the legume family – grows flowers before leaves, making it particularly attractive.

Gardeners recommend pruning twice a year, in January or February to encourage flowering, and then again in late summer or early autumn to tame it.

Pruning is essential because wisteria can become invasive.