A NAZI death camp guard, 93, has avoided jail after being charged as a minor for crimes committed aged 17 during World War II.

Bruno Dey was handed a two-year suspended sentence after being convicted of 5,232 counts of accessory to murder by the Hamburg state court. 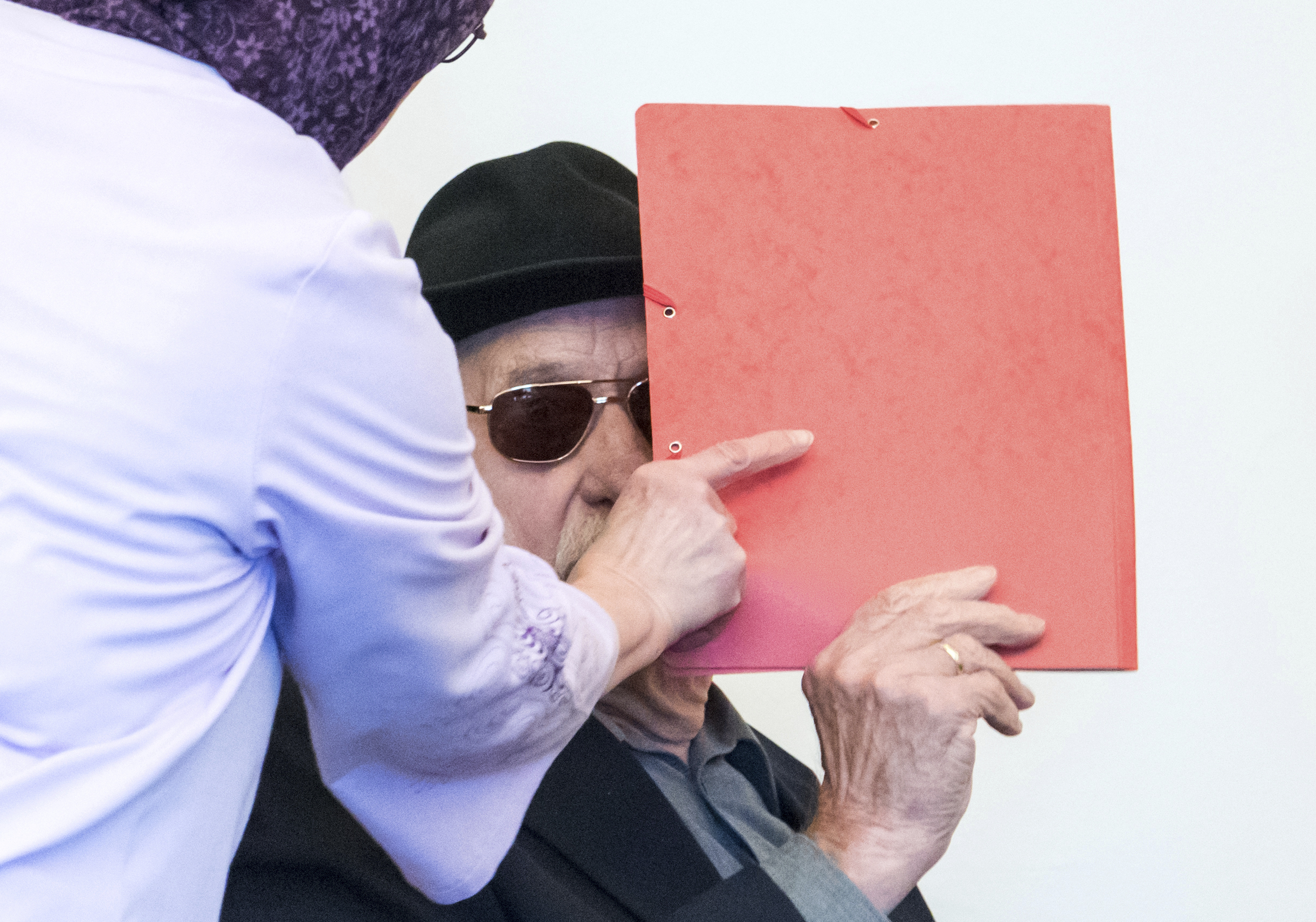 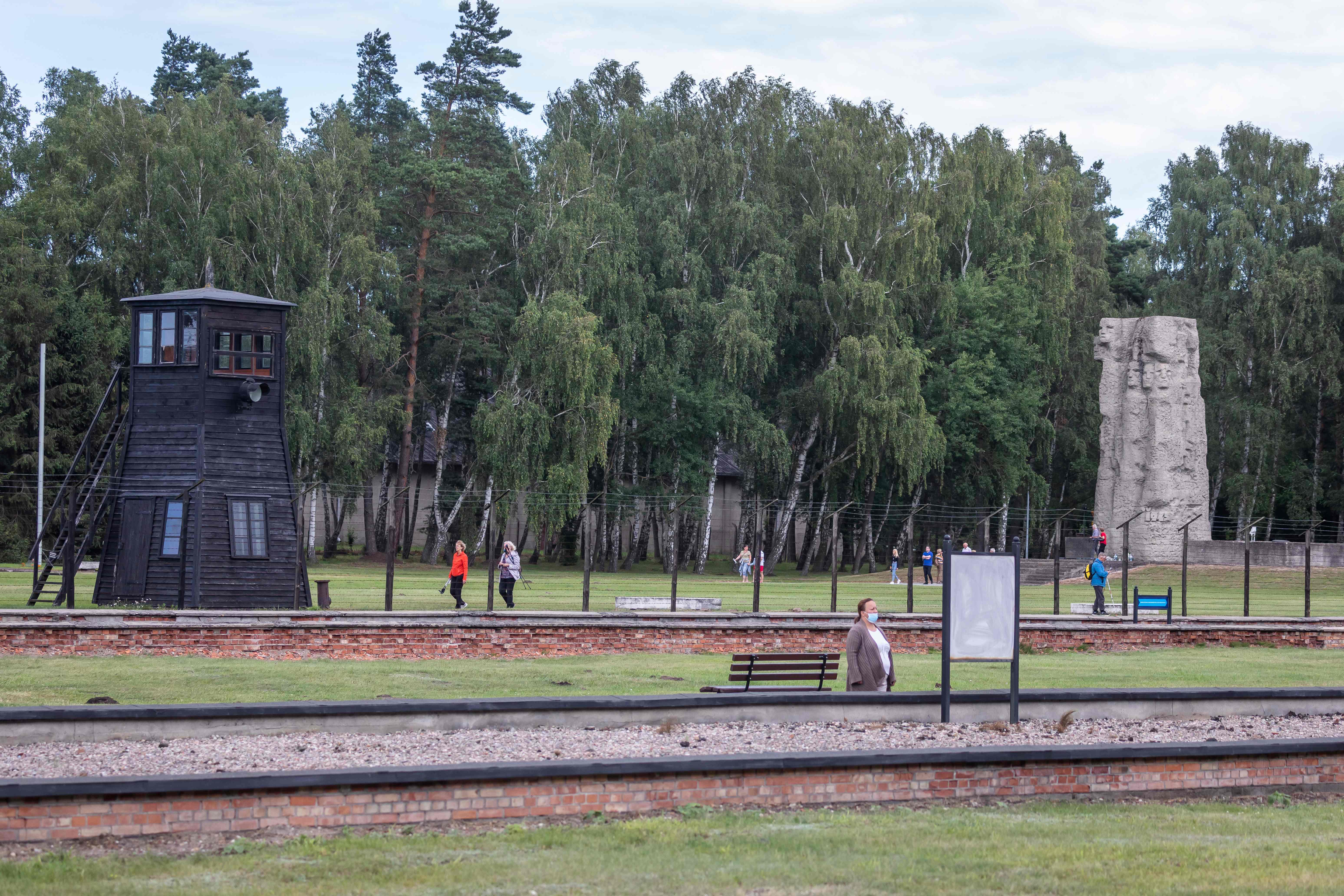 That is reportedly equal to the total number of people believed to have been killed at Stutthof, 24 miles east to the Nazi-occupied city of Gdańsk, during his service in 1944 and 1945.

He was also convicted of one count of accessory to attempted murder.

As he was only 17 when he committed the crimes, Dey's case was held in a juvenile court.

Dey never denied being a guard at the camp but he consistently said in court that he considered himself innocent, having not taken part directly in the murders and claiming he was "unaware" of the atrocities, according to CBS News.

The wheelchair-bound German retiree reportedly apologised for his role, saying "it must never be repeated."

His defence claimed that SS membership couldn't make Dey an accessory to the murders and that he had "not recognised" his participation in Nazi crimes.

"If I had seen an opportunity to remove myself from service, I would've done so," the 93-year-old reportedly told the court on Monday according to the Times of Israel.

But prosecutors claimed that Dey, although "no ardent worshipper of Nazi ideology", aided all the killings his period of service as a "small wheel in the machinery of murder", AP reports. 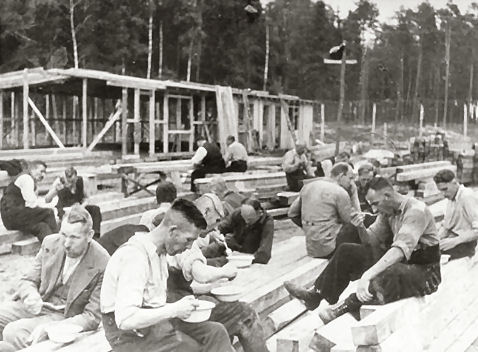 When Dey was deployed in mid-1944, thousands of Jews from the ghettos in the Baltics' and from Auschwitz filled the camp along with thousands of Poles following the Warsaw uprising.

The uprising was a failed attempt by Poles to oust the Germans from Warsaw.

It's believed more than 60,000 people were killed in the camp either from gas injections to their hearts, were shot or starved.

Others were forced out in winter without clothing or were put to death in a gas chamber.

Dey said he was directed to watch over prisoner labour crews working outside the camp.

The 93-year-old reportedly acknowledged hearing screams from the chambers and watched corpses be taken to be burned but claimed he never fired a weapon.

"The images of misery and horror have haunted me my entire life," he testified. 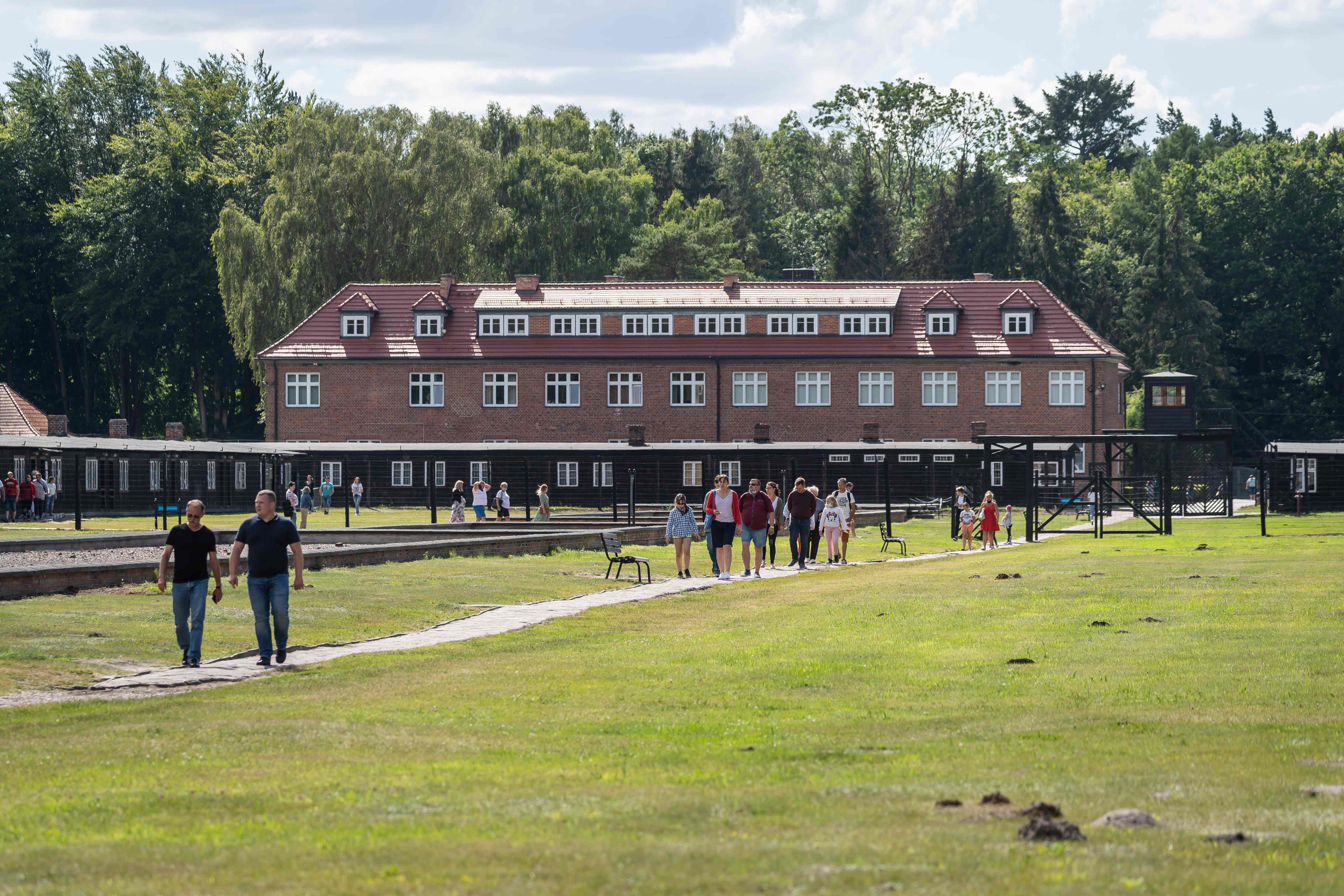 Stutthof was originally a civilian camp when it opened by the Nazis in 1939 before it was converted into a concentration camp, then a death camp.

The camp was established in a wooden secluded area with the bay of Danzig to the north and the Vistula river to the west.

Stutthof became a concentration camp in 1942.

Many prisoners reportedly died of typhus epidemics that swept the camp in 1942 and 1944.

It's thought more than 60,000 people died at Stutthof.

The first evacuation of the camp began in January 1945. When the final evacuation began, there were nearly 50,000 prisoners.

Prisoners were forced to march in winter conditions and treated brutally by SS guards.

Soviet forces liberated Stutthof on May 9 1945.

For at least two decades, every trial of a former Nazi has been dubbed "Germany's last" but a special prosecutors office which has more than a dozen investigations.

A precedent was established in 2011 with the conviction of former Ohio autoworker John Demjanjuk as an accessory to murder on allegations that he served at a guard at the Sobibor death camp in Nazi-occupied Poland.

Before Demjanjuk's case, the courts required prosecutors to present evidence of a former guard's participation in a killing – something which was next to impossible.

During Demjanjuk's trial in Munich, prosecutors successfully argued that guarding a camp where the only purpose was murder was enough for an accessory conviction. 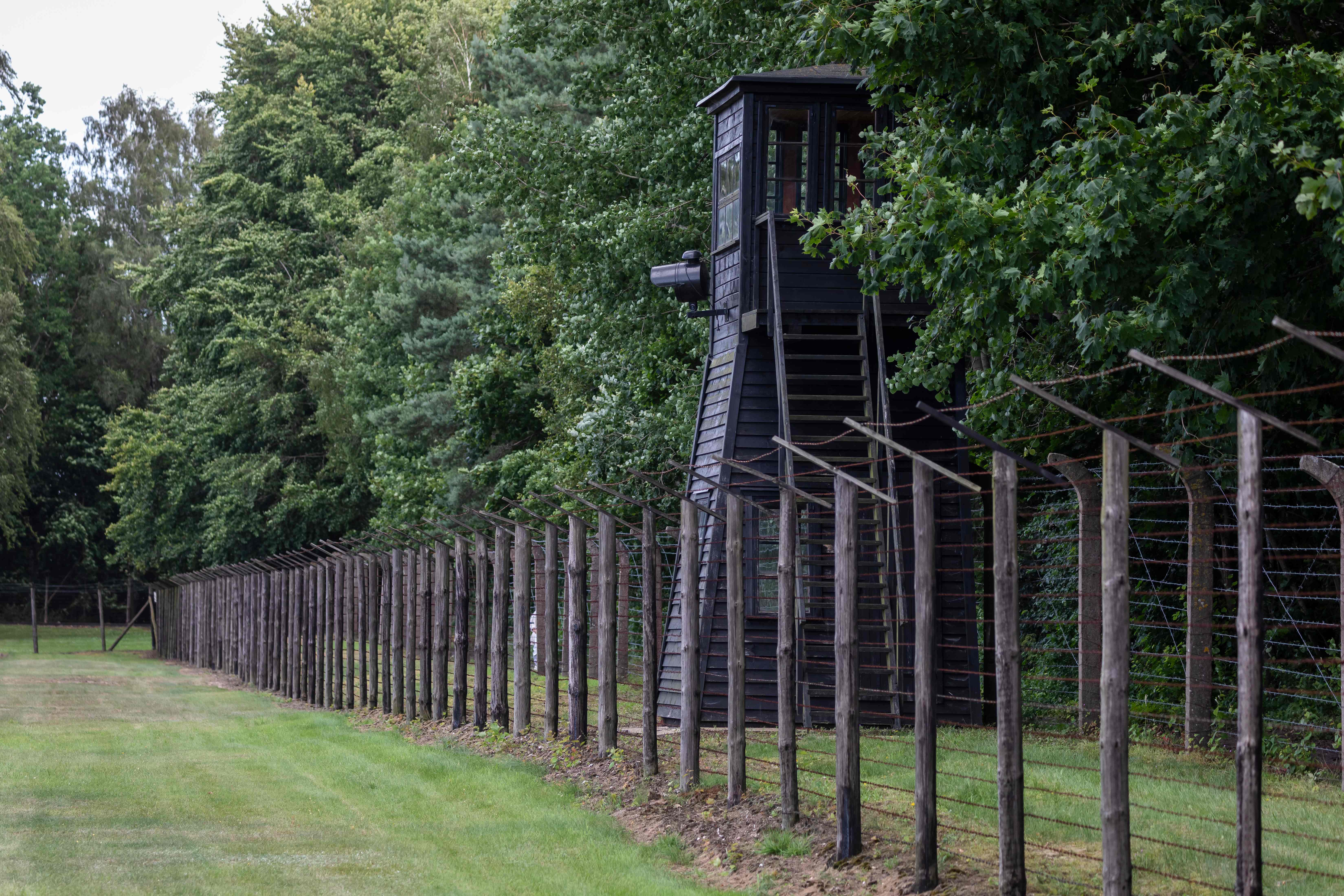 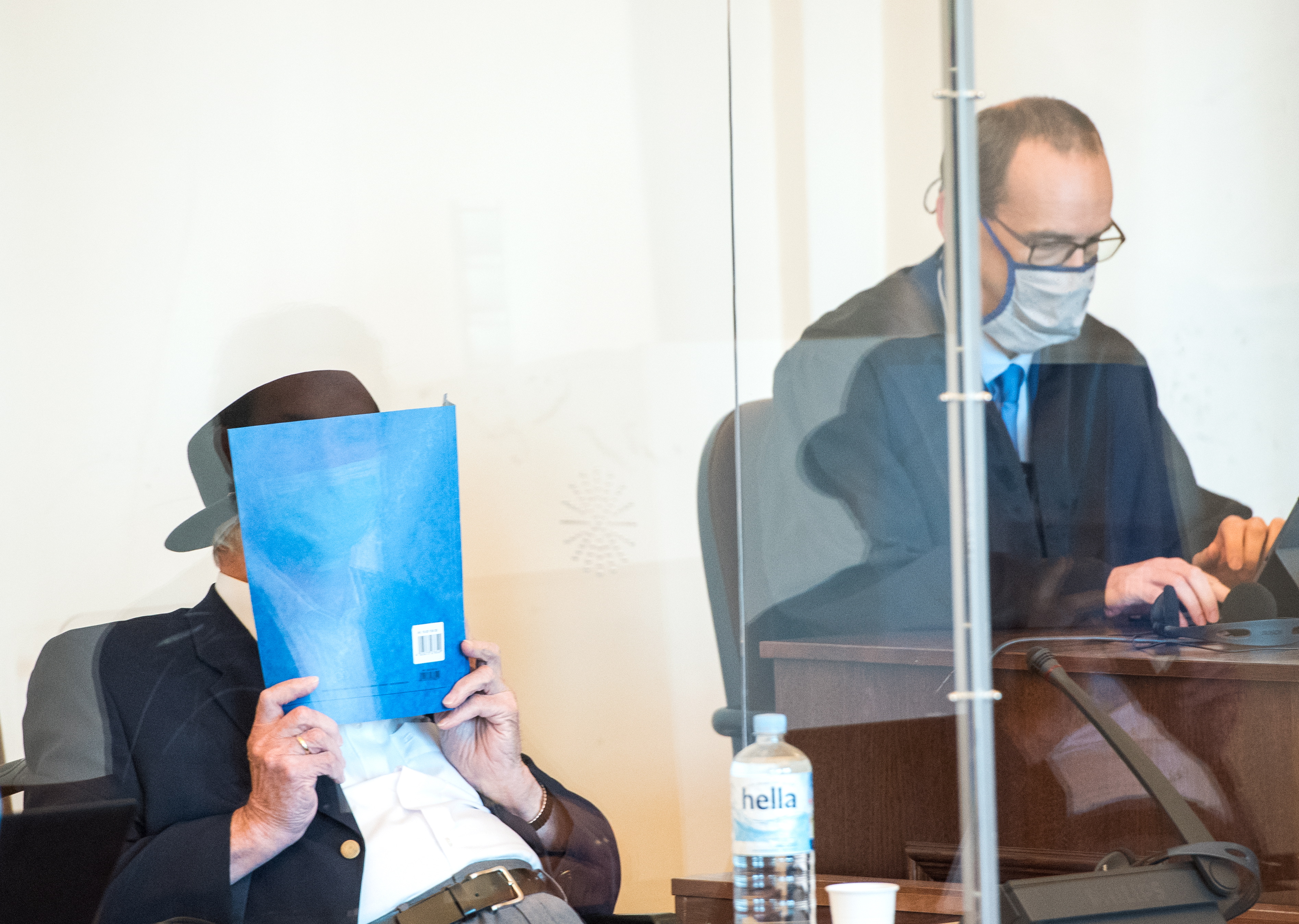 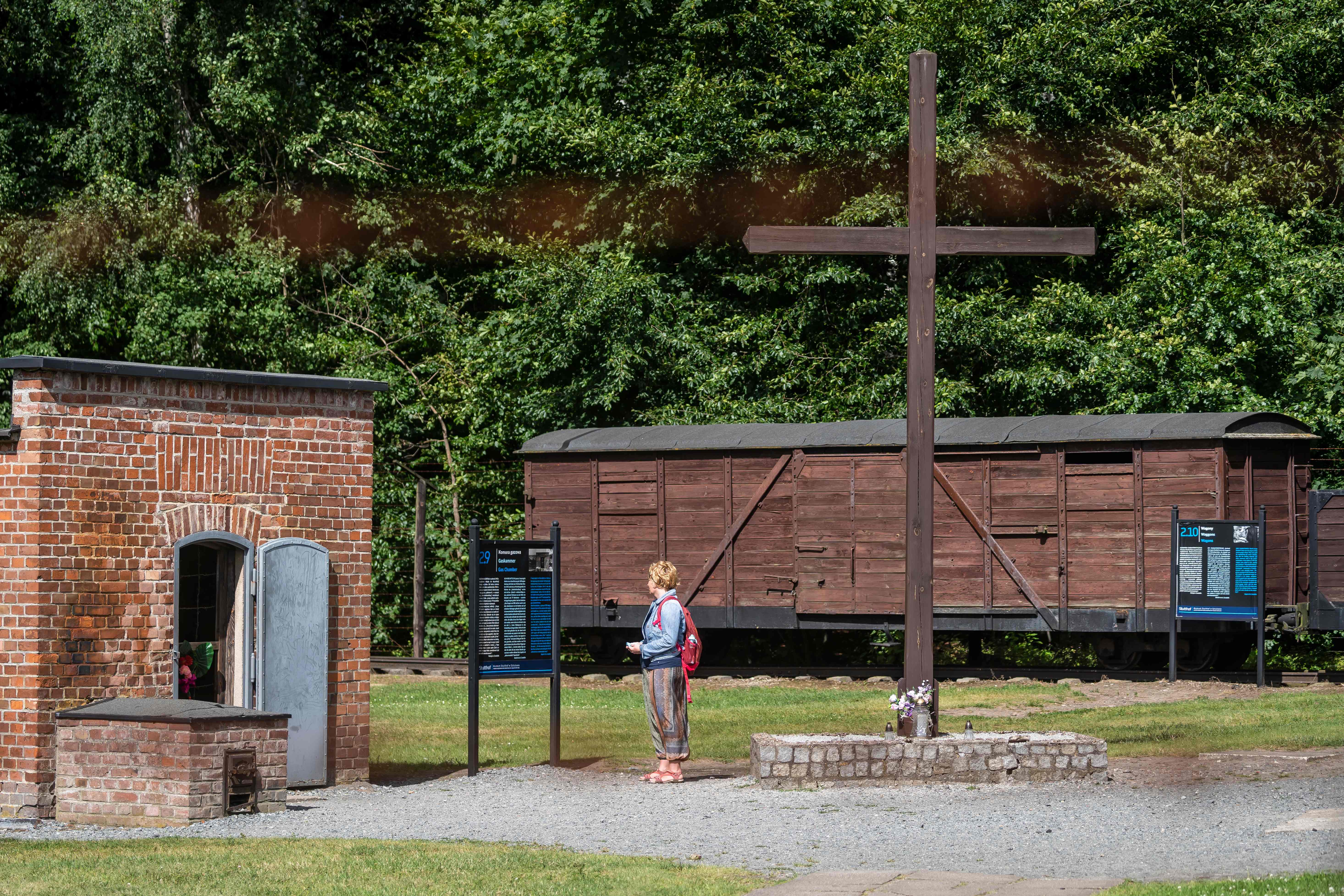 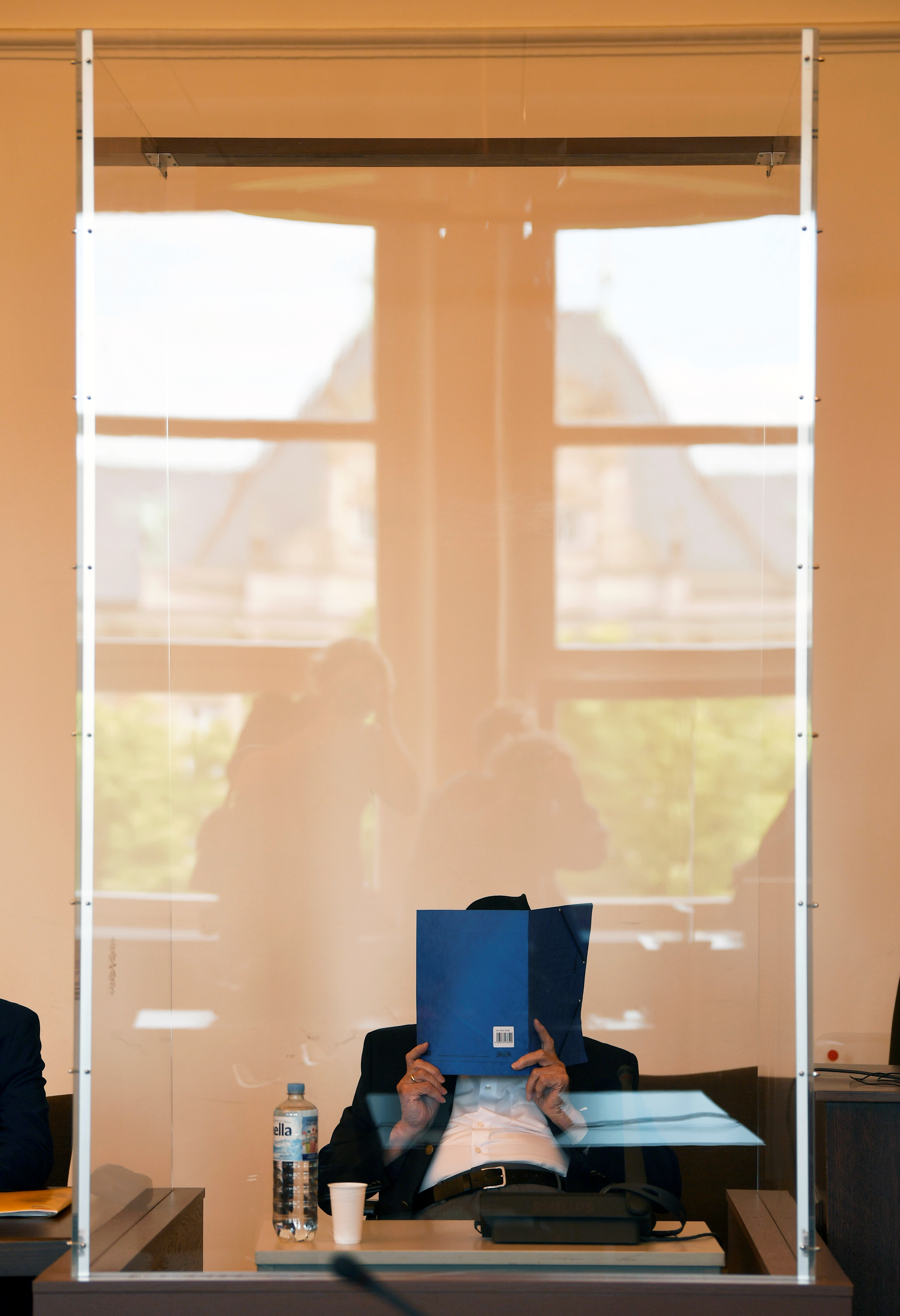 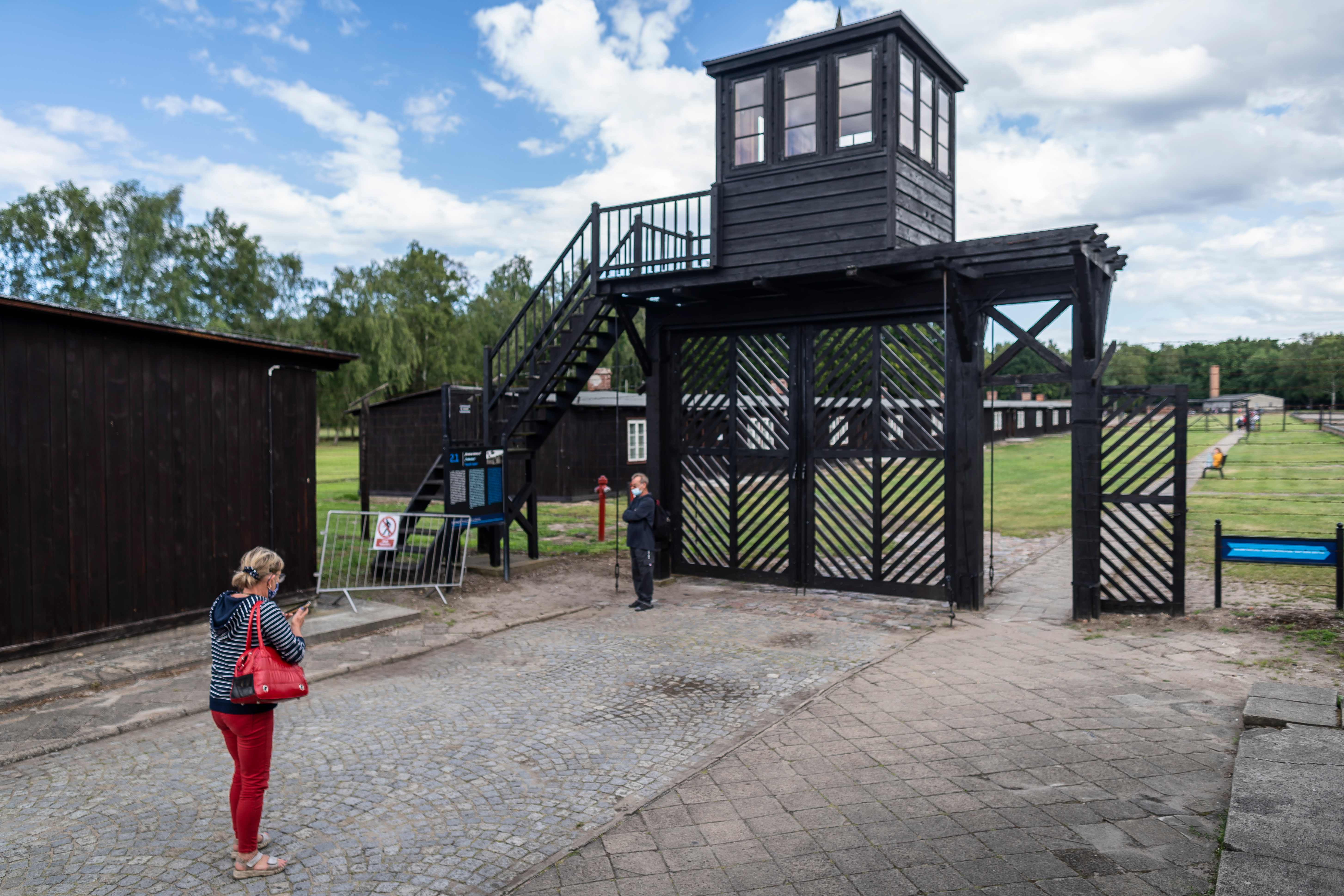 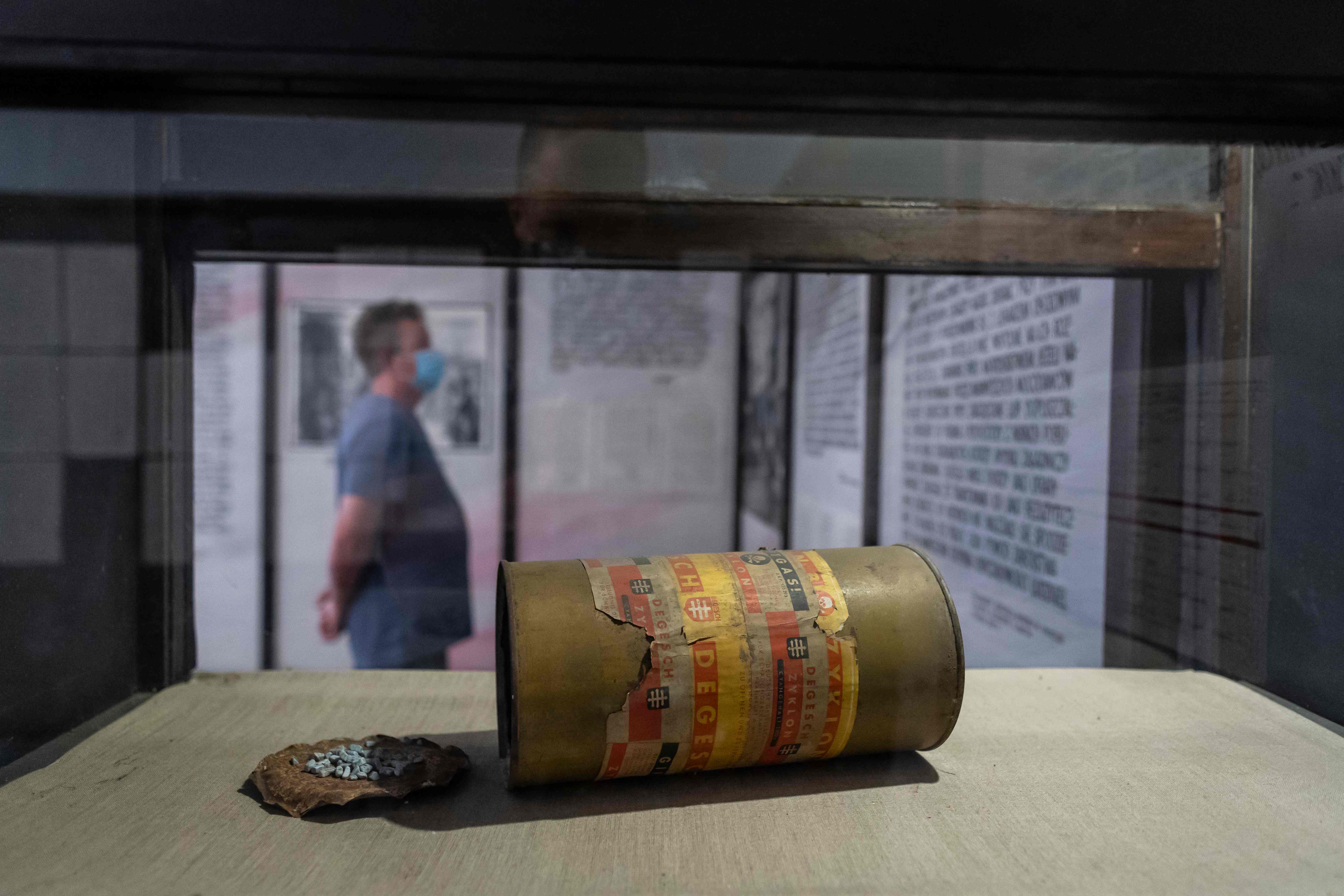 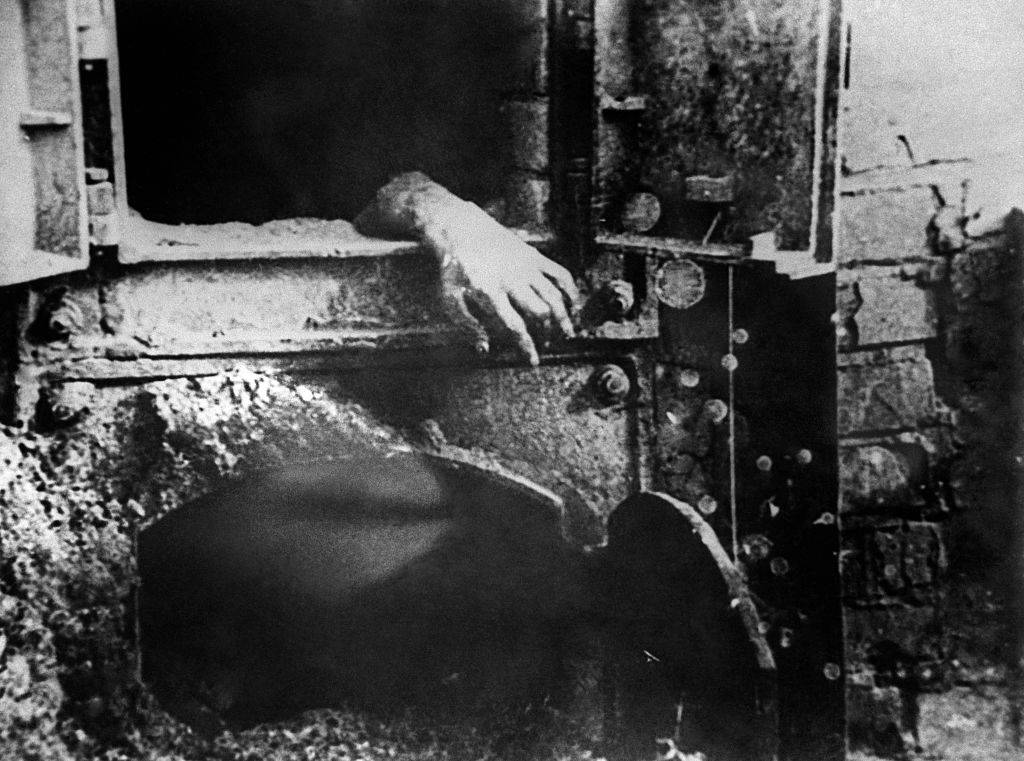