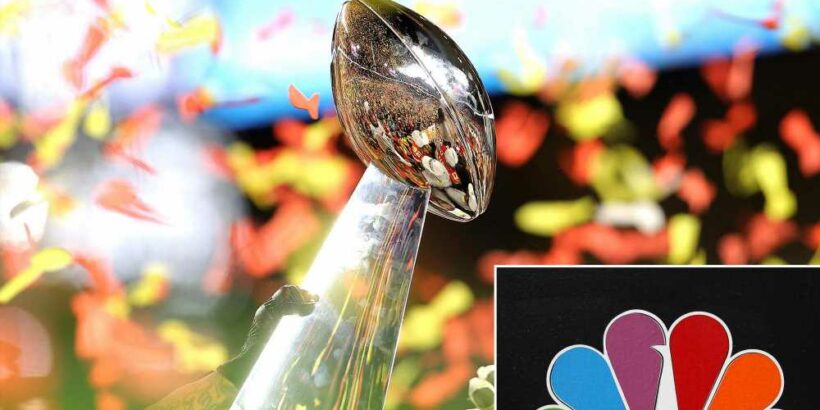 Bruce Springsteen sells out with pablum

See the real Florida neighborhood where ‘Edward Scissorhands’ was filmed

Advertisers are clamoring for next year’s Super Bowl TV spots — and there aren’t many left up for grabs.

NBC said Thursday that it has already sold out 85 percent of its inventory for the Big Game, which is slated to air on Feb. 13, 2022, at SoFI Stadium in Inglewood, Calif.

The news comes as NBC has set a sky-high price for Super Bowl LVI ads, asking for between $5.8 million and $6.2 million for a 30-second spot, according to Variety.

Citing an unnamed media buyer, the publication said all commercials for the first half of the game “have been spoken for in advanced discussions.” The report said NBC has pressed advertisers that want to air Super Bowl ads to fork over a similar amount of money for its upcoming 2022 broadcast of the Winter Olympics, which will run from Feb. 4 to 20.

The fact that the bulk of Super Bowl LVI’s ad inventory is already sold isn’t surprising. While NBC is a bit ahead of schedule, networks typically sell as much as 60 percent by summer and the rest in the fall. Usually, networks are able to make the sale early by pitching advertisers that bought spots in the previous year’s game.

But last year’s Super Bowl LV faced the unprecedented challenges of the pandemic, which scared some big-name advertisers away over striking the right tone. CBS, which broadcast the game, sought $5.5 million for a 30-second spot and it didn’t reach sell-out levels until January, just a month before the game aired.

Perennial advertisers like Coca-Cola, Hyundai, Olay and Ford sat out the big game, while Pepsi and Anheuser-Busch sidelined their flagship brands from Big Game commercials.

NBC underscored that advertising was on the rebound. The network unveiled its progress Thursday as part of an update on its ad sales efforts. It noted that it secured $500 million in up-front ad commitments to its streaming service Peacock, which is on top of the $100 million it garnered last year ahead of the platform’s launch.