At least four people have been killed and livestock have drowned in Nebraska after the country’s longest river, the Missouri, experienced record flows last week. Numerous roads were forced to close due to treacherous driving conditions in Nebraska and Iowa. Property losses have been estimated to be around $3 billion in those two states.

But no more rain has forecast for the area until the middle of the week, when moderate rainfall is expected, according to National Weather Service Meteorologist Andrew Orrison.

He said: ”I think at the worst what it will do is just prolong the gradual receding of the water levels across the various river basins throughout the Midwest.

Local officials added the flooding along the Missouri River that appeared to have crested on Sunday in the Kansas City area without causing major damage and continued to move downstream. 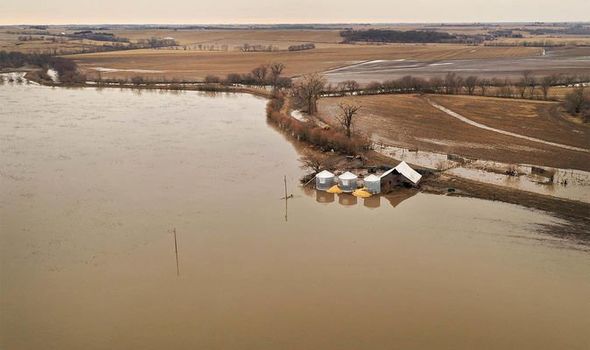 But even through the surge has started to recede in Kansas City, a number of roads by the river are still flooded.

Residents have been urged to conserve water to help utility crews cope with the overflowing water.

Officials of two small, Missouri waterfront communities just outside Kansas City, Riverside and Parkville, which had been bracing for flooding, said today that the worst appeared to be over.

The Riverside Fire Department said on Twitter: “The good news is the river has crested and is now dropping.” 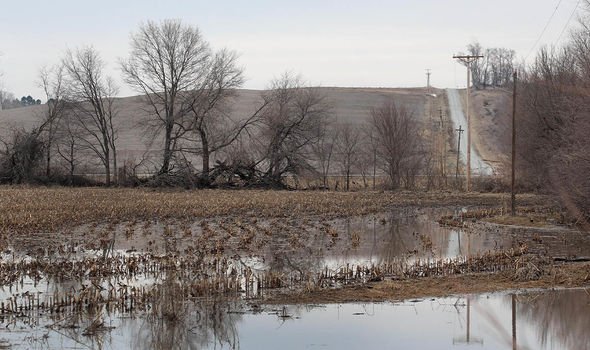 Parkville, a city where the water edged dangerously close to the commercial district, which is filled with antique shops, art galleries and restaurants, also said on Sunday that the river waters were starting to back away.

But the flooding has still threatened Kansas City’s drinking water.

The KC Water utility told its 170,000 customers “to help with ongoing treatment challenges created by current characteristics of the Missouri River.” 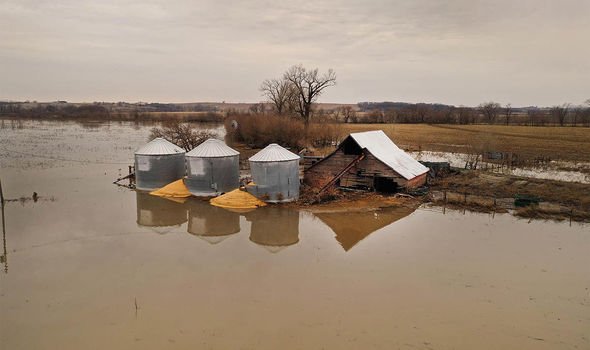 The water service issued a warning on Saturday that the flooding had affected its treatment of water, which it gets from the river.

This is dangerous for infants, the elderly and other people who have weaker immune systems.

Conserving water will ease pressure on an upriver wastewater treatment plant where crews were struggling to replace broken pumps submerged by floodwater, the utility said.

KC Water added staff had discovered excessive levels of turbidity and fine particles in the water that can carry bacteria, viruses and parasites.

The company reassured customers it “had not found any harmful bacterial organisms” in the water, which it said was safe for cooking and bathing.

But more flooding may be on the way next month, due to melting snow further upstream in Minnesota and the Dakotas.