AT least 43 people have died in a devastating fire at a factory in New Delhi where workers were sleeping.

Helpless victims were trapped as the inferno quickly spread through the six-storey building in the Indian capital on Sunday morning. 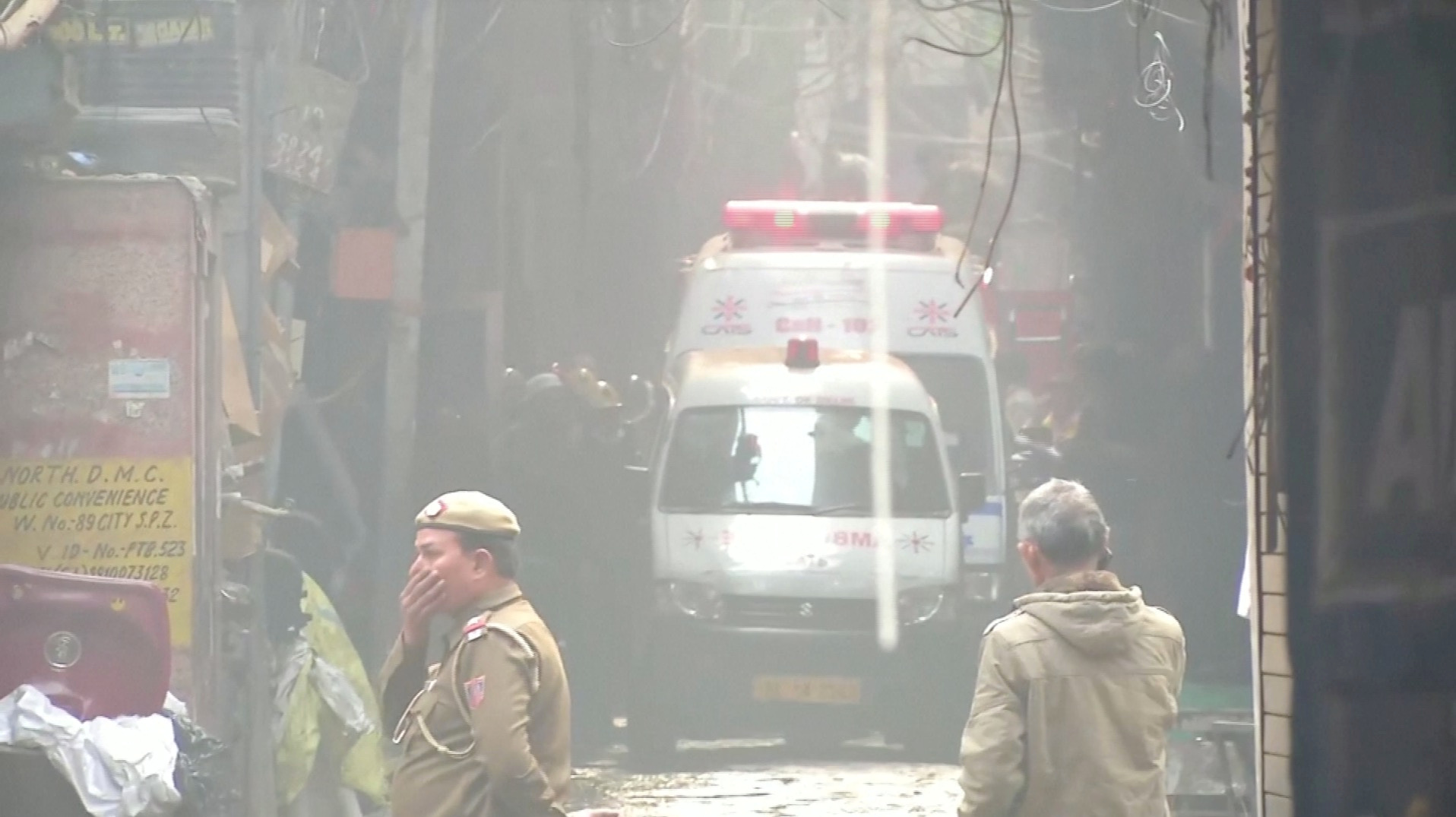 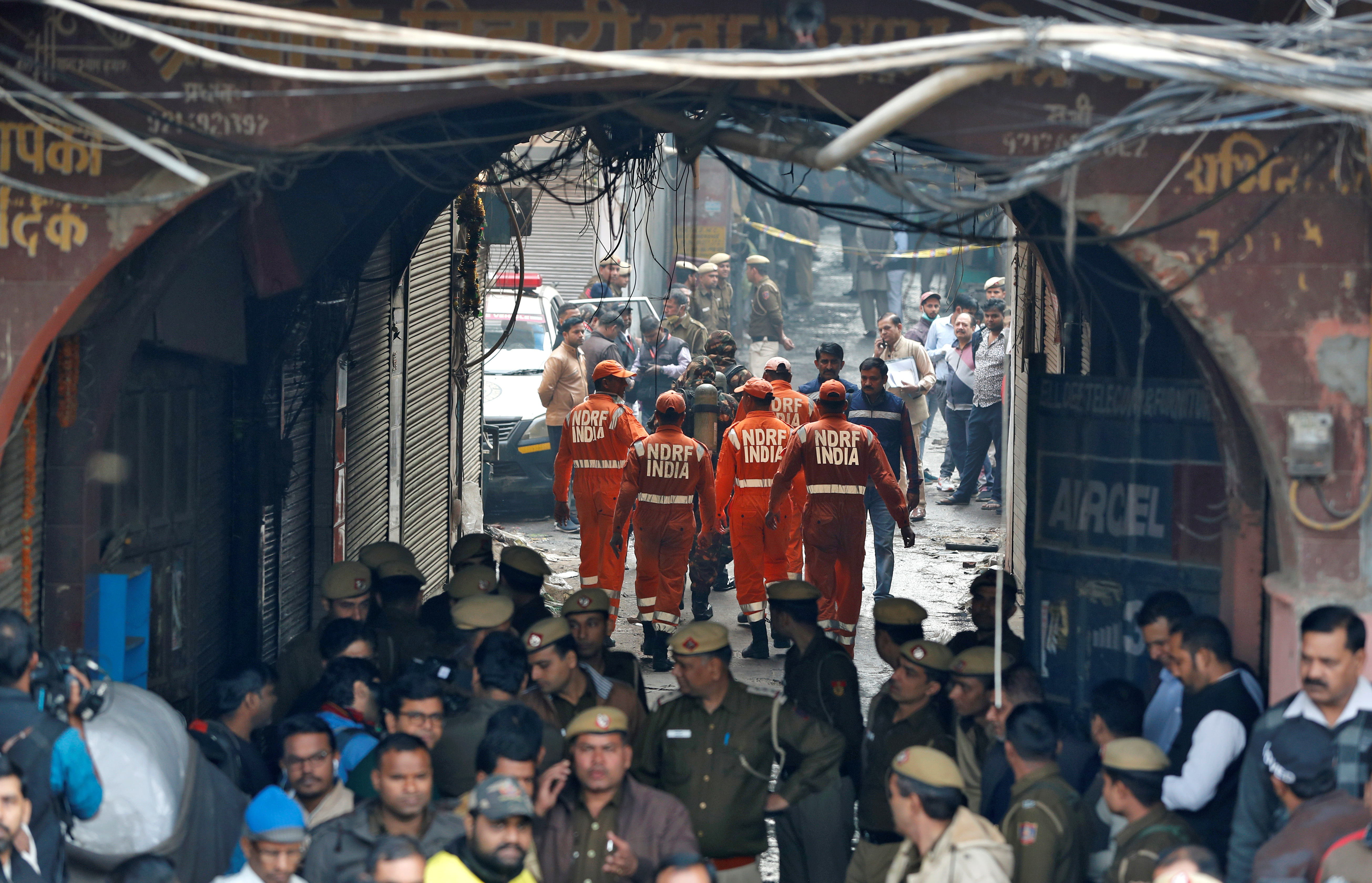 The factory was making handbags and was packed with highly flammable raw materials that helped the deadly blaze spread with ferocious speed, local media reported.

But no details were immediately available on the cause of the fire – which erupted in a densely populated residential area at around 5:30am local time.

The blaze was tackled by hero firefighters who rushed in 25 trucks to the scene.

Rescuers scoured through the smoldering wreckage in the hunt for more survivors.

He tweeted: "My thoughts are with those who lost their loved ones. Wishing the injured a quick recovery.

"Authorities are providing all possible assistance at the site of the tragedy."

Imran Hussain, minister of food and civil supplies, said an investigation would be launched to find those responsible for the blaze.

Fires are common in India, where building laws and safety norms are often flouted by builders and residents.

In February this year, 17 people were killed by a fire in a six-story hotel, also in the Indian capital that started in an unauthorized rooftop kitchen. 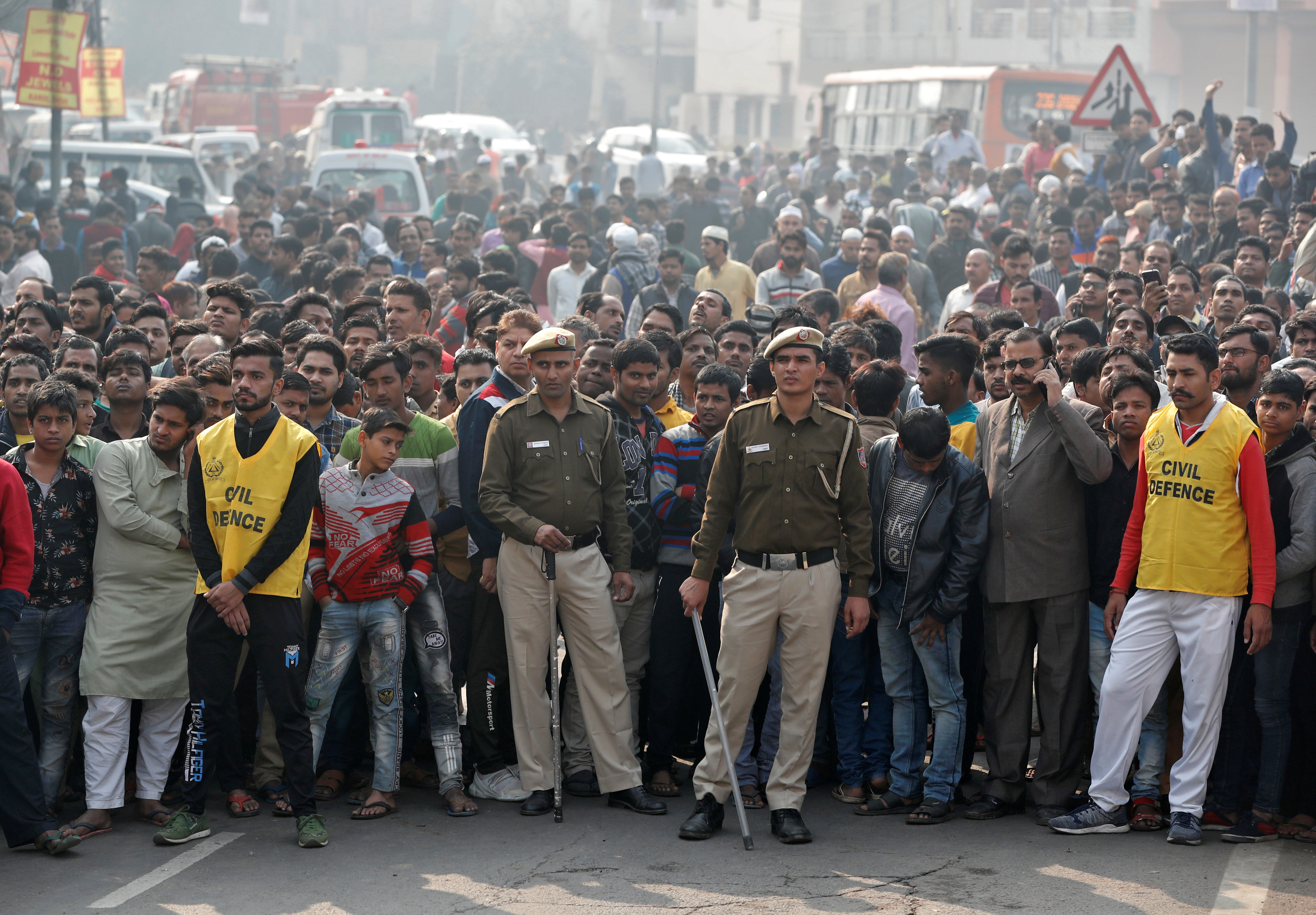 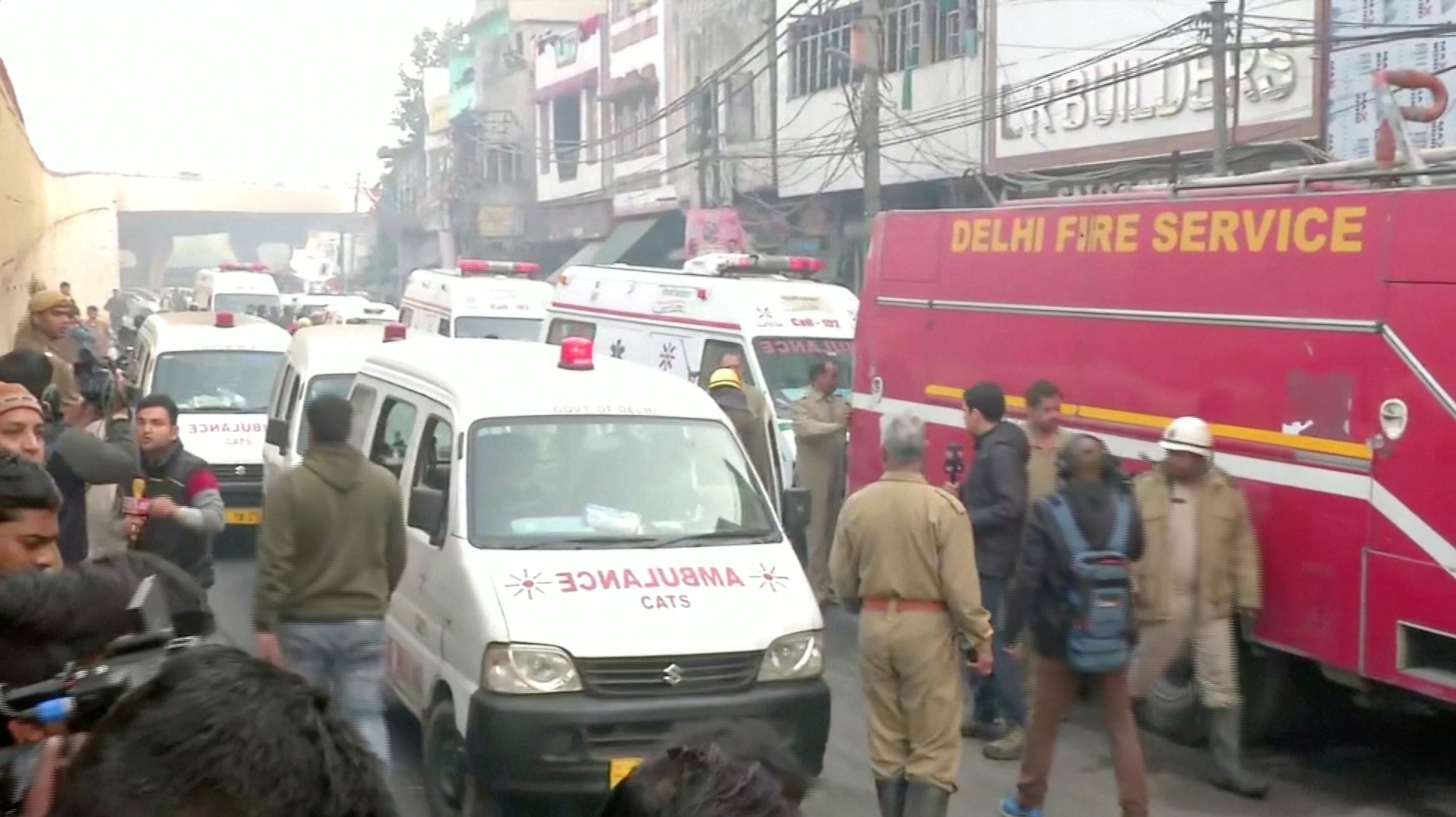