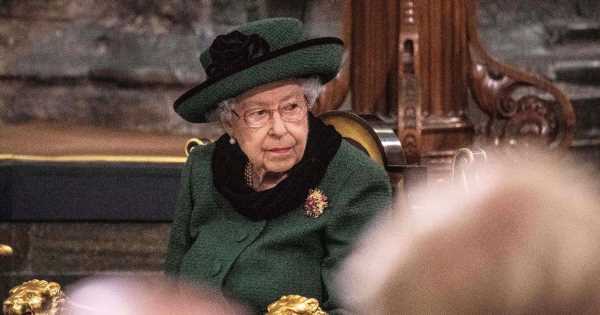 New plans for Operation London Bridge have been released in an update to the longstanding strategy for Queen Elizabeth II's death before Prince Charles becomes king.

Reports indicate that leatherworks up and down the country will be processing new muffles for church bells that will toll for the Monarch's death.

As part of the updated plans for Operation London Bridge, the chimes of every church in the country will be muffled, with an hour's chimes ringing out across the country to mark the passing of the Queen.

The majority of churches throughout Britain have not had to ring muffled bells since the death of the Queen's father, King George VI in February 1952.

Central Council of Church Bell Ringers spokeswoman Vicki Chapman said: "We have spent a lot of time talking to the Royal Household and Lambeth Palace about the day the Monarch passes, which we hope will not be anytime soon.

"Adding muffles makes bells sound mournful, more like a hum – so they will sound like thud, thud, thud rather than dong, dong, dong.

"It is about paying due reverence to the service of the Monarch and commemorating her life."

Bulk orders for the bell mufflers, which are said to be £45 per bell, have been reported by several leatherworks around the country.

Philip Pratt of Big Wilf's Bell Muffles said: "A lot of enquiries are coming in and we are taking on more and more orders. Muffles are a specialist product and only a very few leather manufacturers in the UK make them."

Full muffles of church bells are reserved for the death of a Monarch and are used to dampen the sound of the bell's clapper.

Bells are sometimes half-muffled for Remembrance Sunday and funerals, The Sun reports.

Other parts of Operation London Bridge include the Prime Minister taking an audience with the new King Charles, whose succession is codenamed Operation Spring Tide.