The New Fox: Lachlan Murdoch will replace brother James as CEO and Rupert will stay on as co-chairman after $52billion Disney deal

Lachlan Murdoch will replace his brother James as the CEO and chairman of Fox if its $52.4billion deal with Walt Disney Inc goes through.

Rupert will remain a co-chairman but James will leave the organization entirely once the deal is finalized to pursue other opportunities. 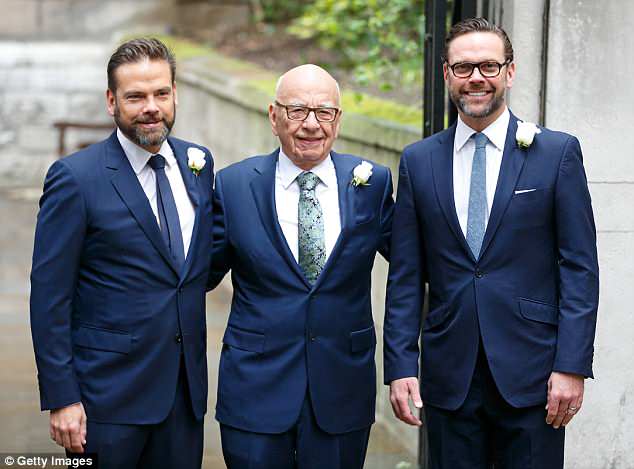 Lachlan Murdoch (left) will become the chairman and CEO of the reimagined Fox, replacing his brother James (right) who is leaving to pursue other opportunities. Rupert, 87, will stay on as a co-chairman

Current 21st Century Fox CFO John Nallen will serve as the CFO of the new Fox.

James announced months ago that he would leave once the deal was done, according to a source cited by Reuters on Wednesday.

It is not clear what he will pursue once he leaves the company.

There was no mention of him in either his brother or father’s comments on the new leadership structure on Wednesday.

Lachlan said: ‘We have worked through the winter ‘standing up’ a reimagined independent Fox. 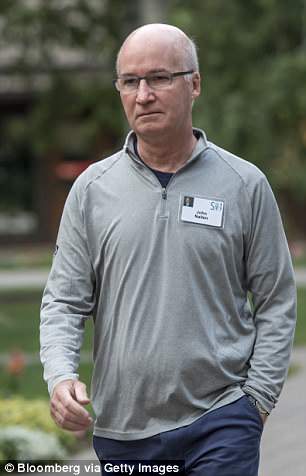 ‘The strengths of the new company, a leader in News, Sports and Entertainment, present truly unique opportunities.

‘I am also personally very pleased that John has agreed to take on the role of Chief Operating Officer, and together we look forward to making further announcements as to the management and structure of this new Fox as we get closer to closing our proposed transaction with Disney.’

Rupert added: ‘The new Fox will begin as the only media company solely focused on the domestic market; focused on what Americans love best – sports, news and entertainment, built and delivered for a US audience.’

The deal with Disney is still a long way from being completed.

The next phase is expected to take place in the summer when shareholders will be asked for their approval of the sell-off.