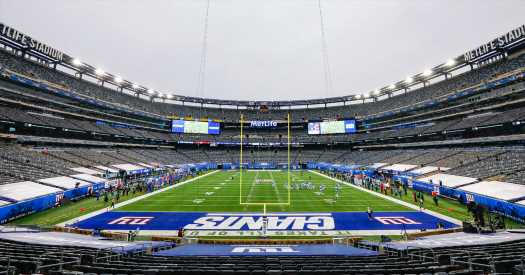 New Jersey, home to several major league sports teams, will allow a limited number of fans to attend sports and entertainment events at venues with 5,000 or more seats as soon as next week, Gov. Philip D. Murphy said on Monday.

Mr. Murphy’s announcement comes two weeks after a similar decision by New York’s governor, Andrew M. Cuomo, whose plan allowed fans at venues with 10,000 or more seats starting this week, provided that seating is limited to 10 percent of the venue’s capacity.

Mr. Cuomo’s announcement covered several New York City-area sports franchises, like the Nets, Knicks, Rangers and Islanders, which can begin to have fans in the stands as soon as Tuesday. Attendees in New York have to show proof of a negative P.C.R. test for the coronavirus taken within 72 hours of the event.

Mr. Murphy said that New Jersey would not require test results, but people at the venues will be required to wear face coverings at games and remain socially distanced. Public health experts say when considering indoor gatherings, the quality of ventilation is key because the virus is known to spread more easily indoors.

Cases in New Jersey, while still high, are now on the decline, nearing levels reported in early November. Over the last seven days the state recorded 33 cases per capita, as of Sunday, which was the third-highest rate in the country after New York and South Carolina. Over the past week, the state has recorded an average of 2,917 cases a day, a 19 percent decrease from the average two weeks earlier.

The governor’s announcement will allow his state’s pro hockey team, the Devils, to play home games in front of fans as soon as next Tuesday, the team’s first home game after the change takes effect.

The state also has two pro football teams, the Giants and the Jets, and a Major League Soccer team, the Red Bulls. Mr. Murphy said he hoped those teams would still be able to have fans when their seasons began later this year.

“I’ll be shocked if we’re not at a higher level of capacity for Jets, Giants, Rutgers football, you name it, as we get into the summer and fall,” Mr. Murphy said.

Several other states have already permitted sports fans inside venues during the pandemic, especially at outdoor stadiums for football and baseball. But Mr. Cuomo and Mr. Murphy had resisted until December, when Mr. Cuomo worked with the N.F.L. to allow a limited number of fans at a Buffalo Bills playoff game in their open-air stadium.