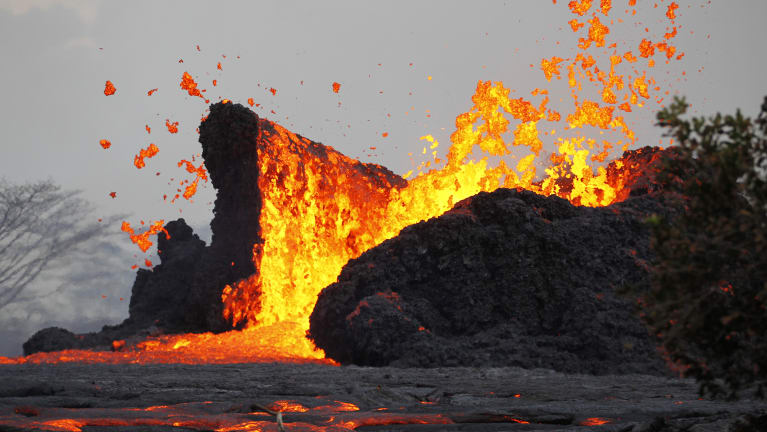 Honolulu:  A broad lava flow cascaded towards a Hawaii geothermal power station on Saturday, posing a new hazard as molten rock from the erupting Kilauea volcano bulldozed relentlessly through homes and backyards.

The lava was about 800 metres from the Puna Geothermal Venture (PGV), according to the US  Geological Survey, having destroyed dozens of nearby houses in the past few days.

Since Hawaii's Kilauea volcano began a once-in-a-century-scale eruption May 3, authorities have shutdown the plant, removed 23,000 litres of flammable liquid and deactivated wells that tap into steam and gas deep in the Earth's core.

Magma has drained from Kilauea's summit lava lake and flowed around 40 kilometres east underground, bursting out of about two dozen giant cracks or fissures near the plant.

"The flow from fissures 21 and seven was widening and advancing," Janet Snyder, a spokeswoman for the County of Hawaii, said on Saturday.

Hawaii Governor David Ige has said the wells are stable. But lava has never engulfed a geothermal plant anywhere in the world and the potential threat is untested, according to the head of the state's emergency management agency. Local residents fear an explosive emission of deadly hydrogen sulfide and other gases should wells be ruptured.

"I don't have any estimate on how long it will take to get there," said US Geological Survey geologist Wendy Stovall on a conference call, on the flow moving towards PGV about 15 metres an hour.