Berlin: Germany has asked the US government to clarify remarks by President Donald Trump's new ambassador to Berlin after he told a right-wing website he wanted to empower "other conservatives" in Europe.

The comments by Richard Grenell, a former US spokesman at the United Nations and an outspoken defender of Trump, drew criticism from politicians across the German political spectrum, warning him not to meddle in domestic politics. 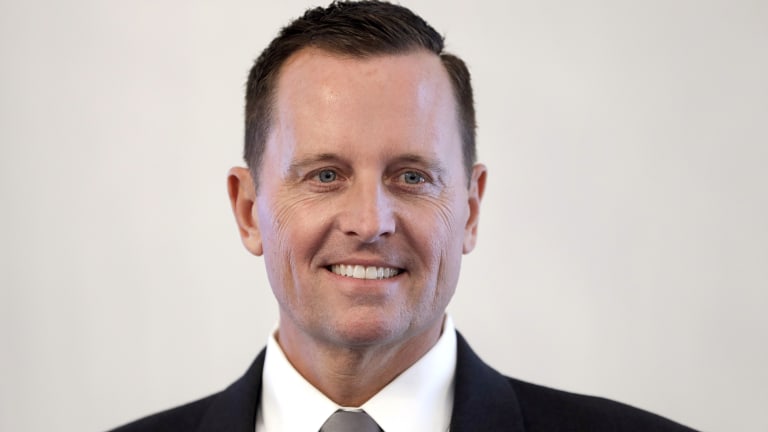 "We have asked the US side for clarification, and whether [the remarks] were made as reported," a Foreign Ministry spokesman said.

The issue would be looked at again on Wednesday when Grenell is due to make his first official call at the ministry, the spokesman said.

The political appointee caused anger on his first day in Berlin with a tweet telling German companies to wind down their business from Iran after the US withdrew from a non-proliferation deal with Iran.

That was taken as an affront by many in Germany, where traditions run deep and where ambassadors are viewed as guests who are expected to follow protocol.

"I know you are still quite new at your post, but it is not part of the job description of an ambassador to interfere in the politics of his guest country," Lars Klingbeil, head of the center-left Social Democrats, replied in a Twitter post addressed directly to Grenell. 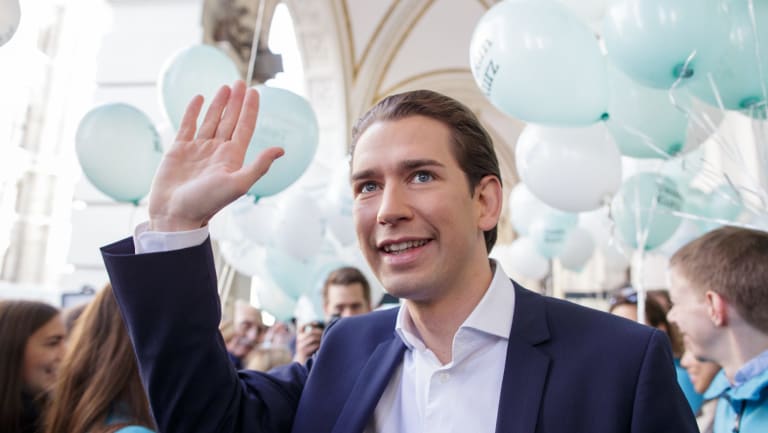 Peter Launsky-Tieffenthal, spokesman for the Austrian government, dismissed criticism of the meeting with Kurz.

"It is important, especially at times like these, to maintain contact with the closest associates of the US President, especially on issues such as trade and transatlantic relations," he said.

In an interview with alt-right website Breitbart News London published at the weekend, Grenell, who assumed his post in May, said, "There are a lot of conservatives throughout Europe who have contacted me to say they are feeling there is a resurgence going on."

"I absolutely want to empower other conservatives throughout Europe," he said. "I think there is a groundswell of conservative policies that are taking hold because of the failed policies of the left."

"I hope he will explain what he actually said in the Breitbart interview and what he meant by it," Beyer said. "In challenging times like these, the USA and Europe need to firmly stand together to defend common values and interests."

In the same interview, he described himself as a big fan of Kurz, the head of the conservative People's Party and who shares power with the far-right Freedom Party in Vienna. An embassy spokesman said Kurz had requested the meeting.

Merkel declined to comment on Kurz's planned visit to the US embassy in Berlin.

"Like many others, I have taken note of this," she said in a cool remark at a news conference with Israeli Prime Minister Benjamin Netanyahu. 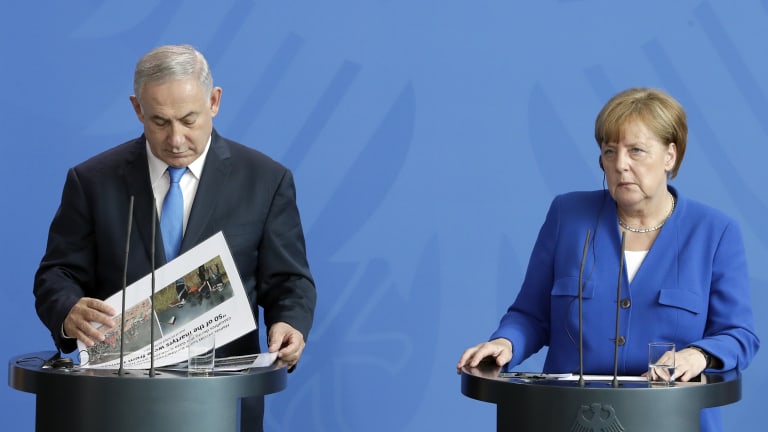 German Chancellor Angela Merkel, right, and Israeli Prime Minister Benjamin Netanyahu, left, address the media during a joint press conference as part of a meeting at the Chancellery in Berlin.

Netanyahu said that he had also had a brief meeting with Grenell during his Berlin visit. "I was asked by the American ambassador to meet him at the airport," he said. "I wouldn't draw any great meaning into that."

Rolf Muetzenich, deputy leader of the Social Democrats in Parliament, said Grenell's remarks should be raised quickly with US Secretary of State Mike Pompeo.

"Clearly the US ambassador sees himself as an extension of a right-wing conservative world movement," he said. Muetzenich added that Grenell's actions violated the 1961 Vienna Convention, under which diplomats do not interfere in the domestic affairs of a country.

Grenell, like Trump an avid Twitter user, defended himself. "I stand by my comments that we are experiencing an awakening from the silent majority – those who reject the elites & their bubble. Led by Trump."

In Washington, Sen. Chris Murphy, D-Conn., called the interview "awful," insisting that Grenell had pledged that he would "stay out of politics" once he was appointed. "Ambassadors aren't supposed to 'empower' any political party overseas," Murphy said on Twitter.

On Monday, Grenell sought to walk back his comments, though only up to a point.

"The idea that I'd endorse candidates/parties is ridiculous," Grenell wrote on Twitter. "I stand by my comments that we are experiencing an awakening from the silent majority — those who reject the elites & their bubble."

Not all German politicians have been hostile. Jens Spahn, perhaps the most prominent critic of Merkel within her Christian Democratic Union party, has been photographed repeatedly with the new ambassador since he arrived in Berlin.