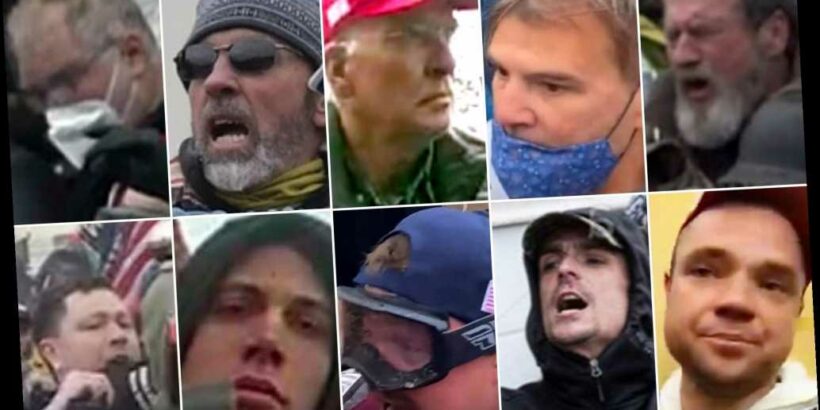 Sen. Ron Johnson says there was nothing ‘racial’ about his BLM protesters comment

US Capitol Police officer suspended for having anti-Semitic document

The FBI released new videos Thursday of 10 people believed to be involved in the “most violent attacks” on police during the deadly Capitol riots.

In one of the short clips, an unknown man can be seen swinging a club-like weapon at cops with riot shields.

In another, a man is trying to wrestle a gas mask off one of the officers, who yells at him, “What are you doing?”

“The FBI is asking for the public’s help in identifying 10 individuals suspected of being involved in some of the most violent attacks on officers who were protecting the U.S. Capitol and our democratic process on January 6,” said Steven D’Antuono, the assistant director in charge of the FBI’s Washington Field Office.

“These individuals are seen on video committing egregious crimes against those who have devoted their lives to protecting the American people.

The feds have arrested more than 300 people who allegedly stormed the Capitol building on Jan. 6. Dozens face charges of assaulting law enforcement officers.