New body cam footage shows police scrambling to bring victims to safety during the first moments the gunman opened fire during the October massacre that killed 58 in Las Vegas.

Police are seen huddled with people taking cover, organizing escape routes, ducking behind barriers, and running to help injured victims to safety as rounds of bullets are heard raining down on the crowd.

‘It’s coming from the Mandalay Bay!’ an officer is heard saying on one of the 28 video clips released Wednesday.

‘Stay down!’ he tells unseen people during bursts of rapid gunfire, while a dispatcher on his police radio says multiple people have gunshot wounds. ‘Over here! Get behind the police car!’

More shots are fired, and someone among the officers says, ‘I’m down, I got shot!’ 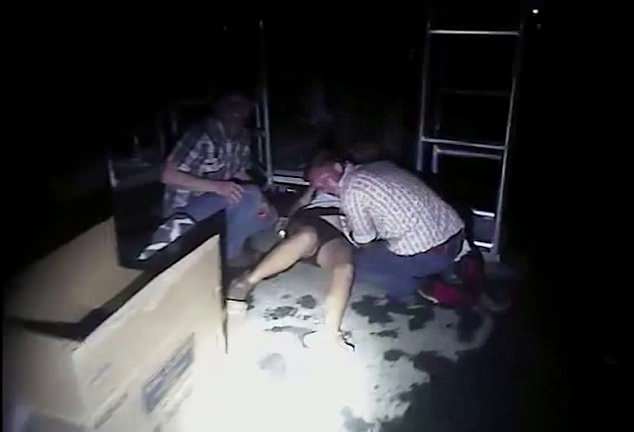 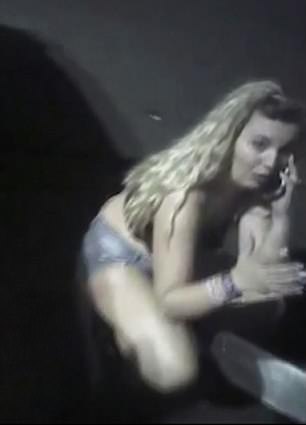 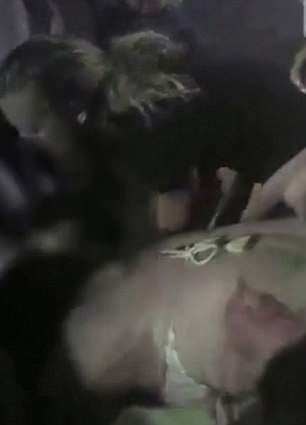 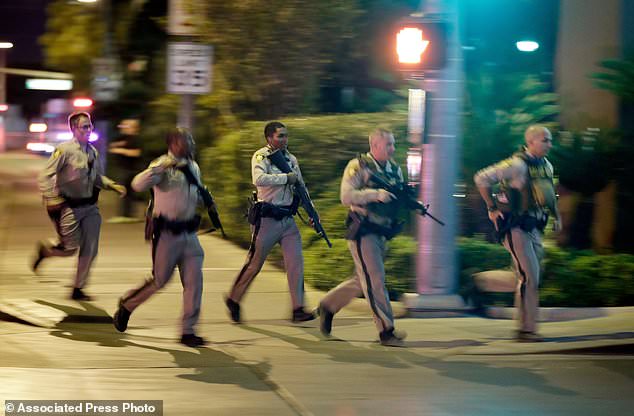 In this October 1, 2017, file photo, police run toward the scene of a shooting near the Mandalay Bay resort and casino on the Las Vegas Strip

The Las Vegas Metropolitan Police Department released the 28 clips of police body-camera video ranging from a few seconds to more than two hours, totaling about 10 hours of footage.

It was the sixth batch of information released under court order in a public records lawsuit from media organizations, including The Associated Press.

The information released by police has provided sometimes graphic and heartbreaking details of people screaming for help, falling during rapid gunfire and helping each other escape the carnage as gunfire hailed down from the windows of a hotel room on the 32nd floor.

Names of the officers were not provided and police and the FBI have declined to comment on any of the material released months after the October 1 shooting, which killed 58 people and injured hundreds of others attending an outdoor concert.

Video, audio and documents have yet to shed light on a motive for the massacre.

Clark County Sheriff Joe Lombardo, the elected head of the Police Department, has said the investigation has not identified one.

One 28-minute clip shows an officer helping terrified concertgoers duck beneath the stage of the country music festival on the Las Vegas Strip to escape helicopter-sounding gunfire.

He carried a wounded woman to a makeshift triage center in a parking lot, banding her bleeding leg with a tourniquet and driving her to a hospital.

‘You gotta go! We’re in the firing zone! He can see us from here!’ the unidentified officer tells people near the stage after the concert turned to chaos.

Another clip has a radio dispatcher reporting ‘multiple casualties’ before an officer parks and jumps from his patrol vehicle. He and other officers use it as a shield from the gunfire. 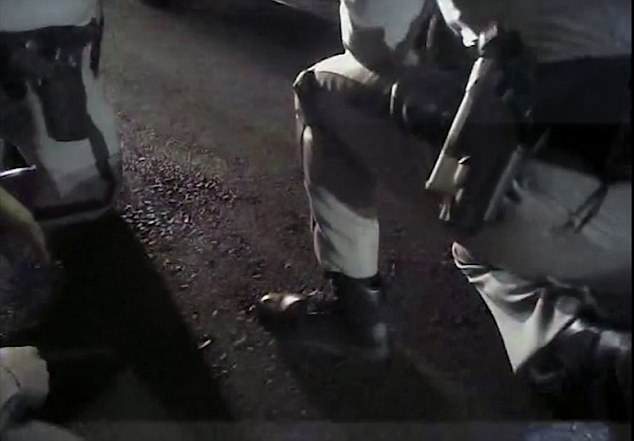 One officer is heard saying ‘I’m down, I got shot!’ in the video as investigators hope the clips will help piece together a motive for the mass killing 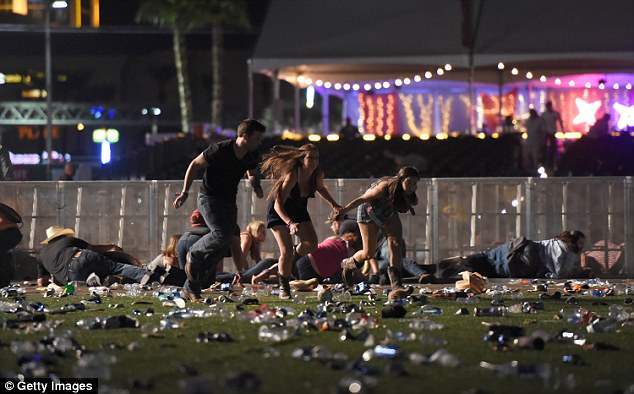 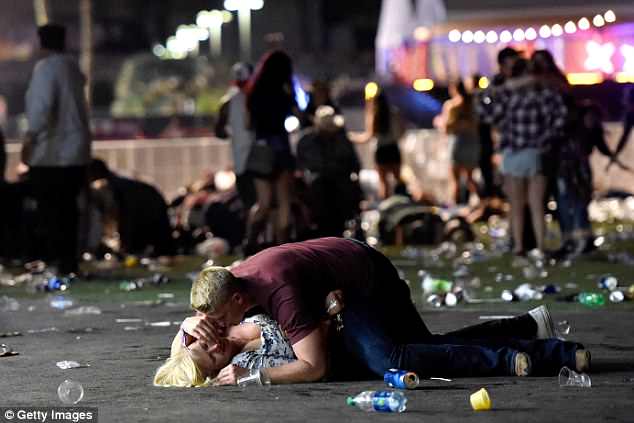 Another video, lasting about 30 minutes and not identified with a time stamp, shows officers in a hallway outside the Mandalay Bay hotel suite where authorities say gunman Stephen Paddock killed himself before police reached him.

The back of an officer’s hand was sweating as he uncapped a bottle of water. 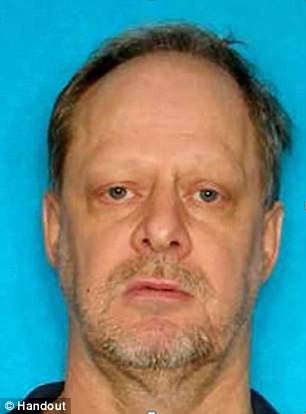 Another snippet shows the view from the collar of a male officer armed with a rifle while he and other officers search the hotel’s casino floor.

The department also released 511 additional audio clips from 911 calls – a similar number to those made public last week.

In one, an unidentified man whispers to an emergency dispatcher that he’s hiding in a broom closet at the Planet Hollywood resort, several blocks away from the shooting.

‘We want to know if it’s safe,’ he says in the call time-stamped two hours and 30 minutes after the gunfire began.

Lombardo has said he expects a final investigative report will be released next month. The FBI plans to release a report by the anniversary of the shooting. 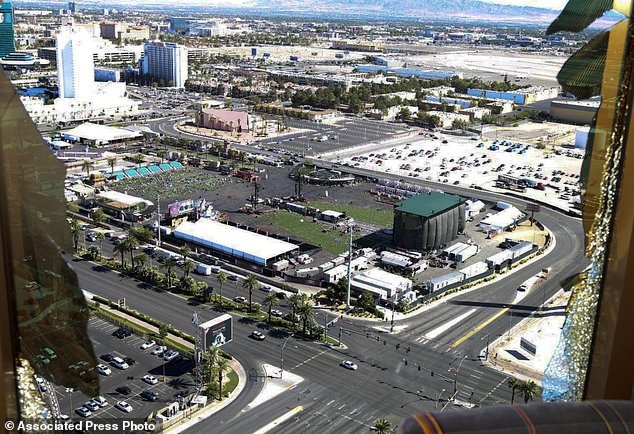