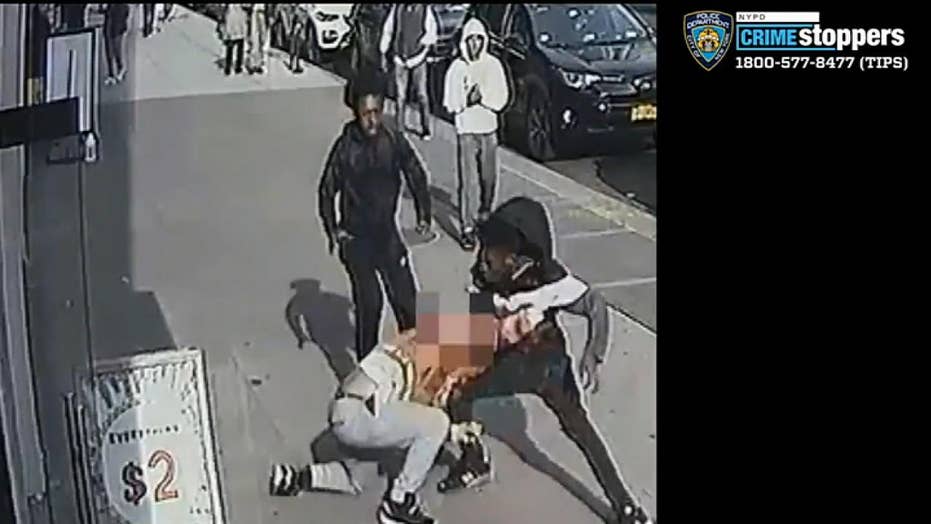 Raw video: Fight breaks out when a patron steps in attempting to stop a thief from taking a Chelsea coffee shop’s tip jar.

New York City police said they're searching for a group of thieves caught on video stealing a tip jar from a coffee shop and fighting a customer who tried to stop them.

The group of at least three males entered the Matto Espresso in the Chelsea neighborhood around 2 p.m., Fox 5 New York reported. They snatched the tip jar, but when they tried to leave the store, a male patron intervened.

Surveillance video showed the customer and one alleged thief spilling out through the entrance and onto the Seventh Avenue sidewalk. The customer tried to wrestle the jar from the hands of the suspect, but a struggle ensued.

When the pair fell to the ground, the two other alleged thieves joined the fight. They ultimately appeared to take the jar and escape with an unknown amount of money, Fox 5 reported.

Anyone with information in regard to this incident is asked to call the NYPD's Crime Stoppers Hotline.