PICTURED: Driver of stretch limo that plowed through a stop sign at 60mph and crashed, killing 20 people in birthday tragedy: Questions mount over car company as it’s revealed limo was a last-minute replacement for ANOTHER broken down van 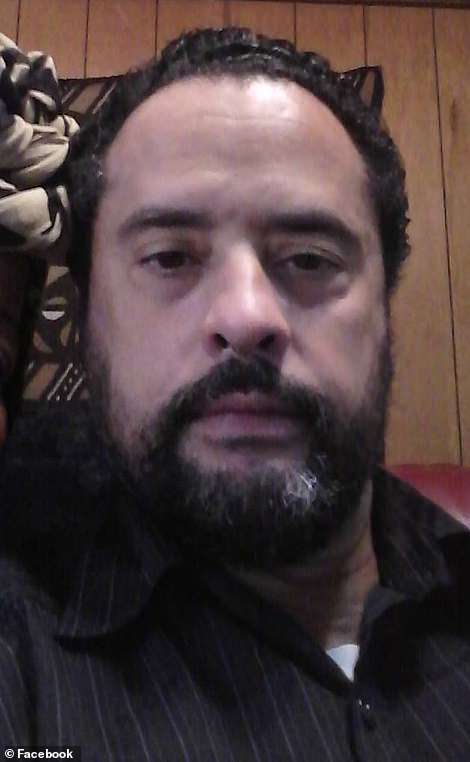 Scott Lisinicchia, 53, was driving the limo which crashed in upstate New York on Saturday, killing 20 including himself. Questions have been raised over the condition of his vehicle, though cops have not commented on the cause of the crash

This is the limo driver who was at the wheel when his stretch SUV plowed through a stop sign and crashed, killing 19 people and himself after his passengers texted relatives to say the vehicle was barely roadworthy.

Scott Lisinicchia, 53, was killed alongside a group of 17 relatives, friends and neighbors on their way to a surprise 30th birthday party when his limo ran out of control across a junction and into a ditch. Along the way it struck two pedestrians, who also died.

Among the dead were four sisters – Allison King, Abby Jackson, Mary Dyson, and Amy Steenburg, whose birthday they were celebrating.

The women’s aunt, Barbara Douglas, said the family are ‘overwrought’ at their deaths and that her brother, the girls’ father, ‘cannot wrap his head around’ the tragedy.

Questions are mounting over the cause of the accident, which happened in the town of Schoharie around 2pm on Saturday, and whether the condition of the limo was to blame.

The vehicle had been brought in as a replacement after a bus meant to transport the party broke down.

It belonged to Prestige Limousines and Lisinicchia was one of two drivers employed by the company.

In the last two years, it has had four vehicles taken out of service upon inspection, documents from the Federal Motor Carrier Safety Administration that were obtained by DailyMail.com on Monday reveal.

Twenty minutes before the crash, passenger Erin McGowan – who died alongside new husband Shane – texted aunt Valerie Abeling to say the limo was ‘in terrible condition’, the Washington Post reports.

Abeling said the group had rented ‘some kind of bus’ to take them to the party venue, but it had broken down. The same company then sent a limo to take the group the rest of the way.

Witnesses said the limo was traveling around 60mph when it blew through a stop sign at the bottom of a steep hill opposite a grocery store, which is known to locals as an accident hotspot.

Trucks were banned from using the road in recent years after several lost control while coming down the steep gradient, the state Department of Transportation said.

Police say they will not comment on the cause of the accident until their investigation has been completed. The crash is the deadliest transport accident in America since 2009, when 50 people died in a plane crash.

Lisinicchia’s identity was confirmed at the scene by his twin brother Keith, and reported on Twitter.

Little else is known about Lisinicchia, who is believed to live in Lake George, around an hour’s drive from the town of Amsterdam, where the group he was carrying lived. His wife did not respond to DailyMail.com’s inquiries on Monday morning.

Crucially, it is not clear what company he was working for when the accident happened.

The vehicle had been rented by newlyweds Axel and Amy Steenberg, who were both killed. The group had been on their way to celebrate Amy’s 30th birthday. 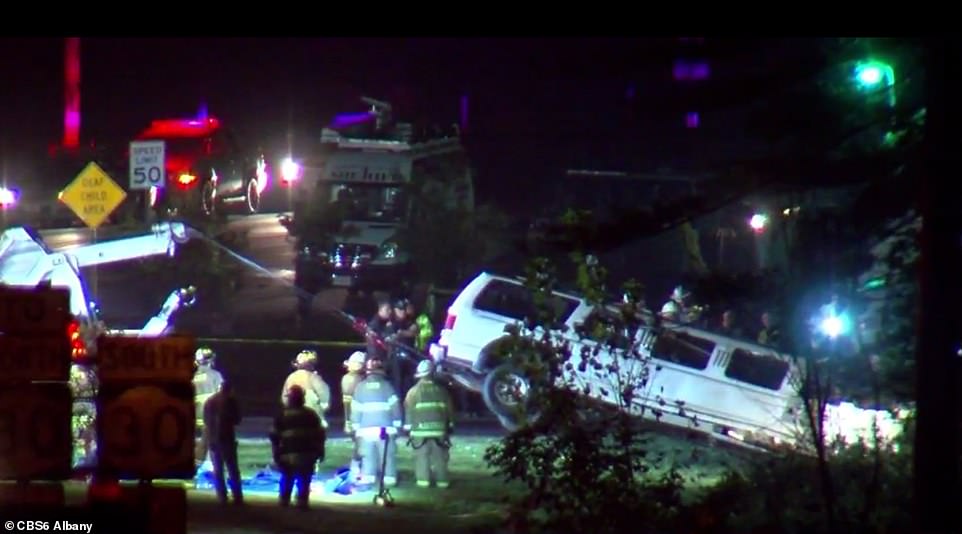 Eighteen of those killed were riding in the limo and part of a group of relatives, friends and neighbors traveling to a surprise 30th birthday party. The vehicle was coming down a steep road at around 60mph, witnesses said, when it ran out of control, across a junction and ended up in a steep ditch 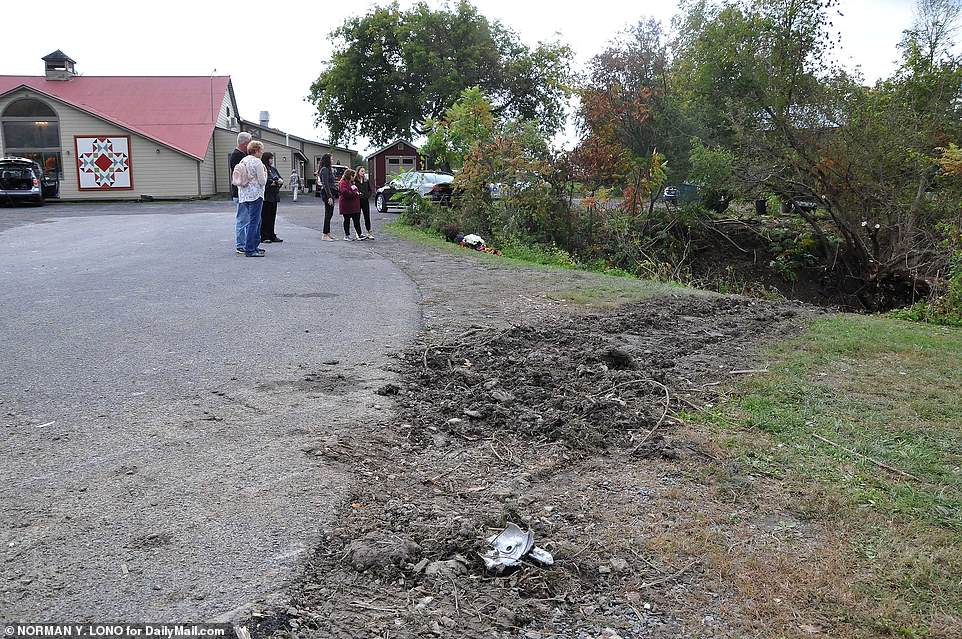 As it plowed across the junction the limo struck an empty Toyota Highlander along with two pedestrians, who died from their injuries, before leaving the road and heading into the ditch (pictured) 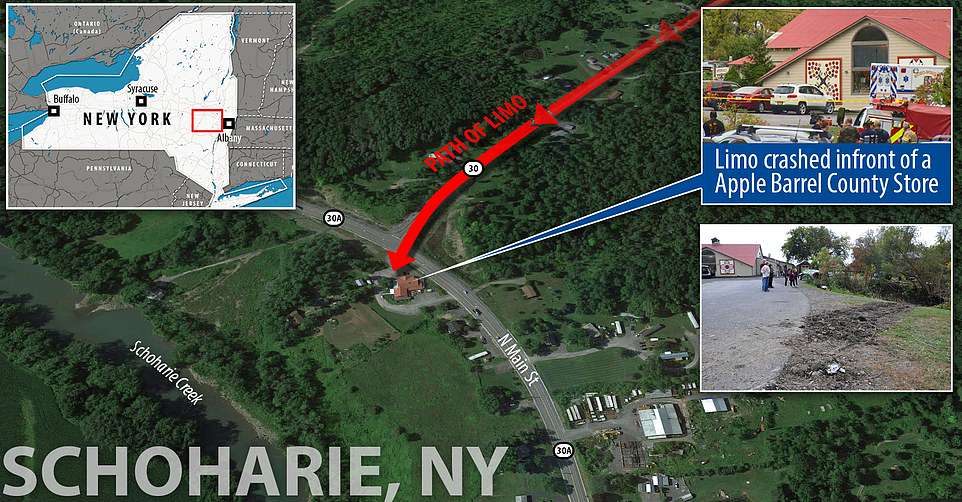 The accident happened around 2pm in Schoharie, upstate New York, at a junction at the bottom of a hill which is known locally as an accident hot spot. Witnesses inside the Apple Barrel County Store, which was packed with visitors at the time, said the vehicle was going around 60mph at the time of the crash 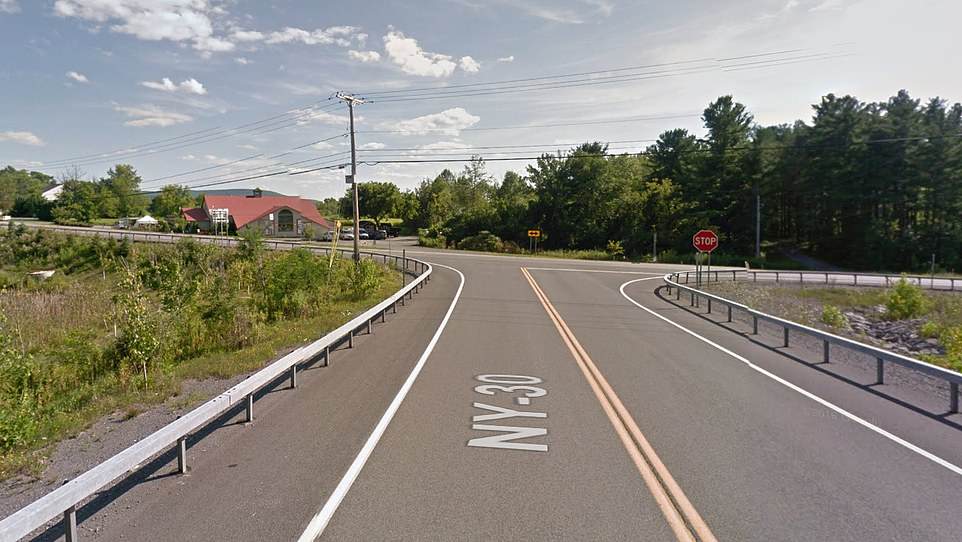 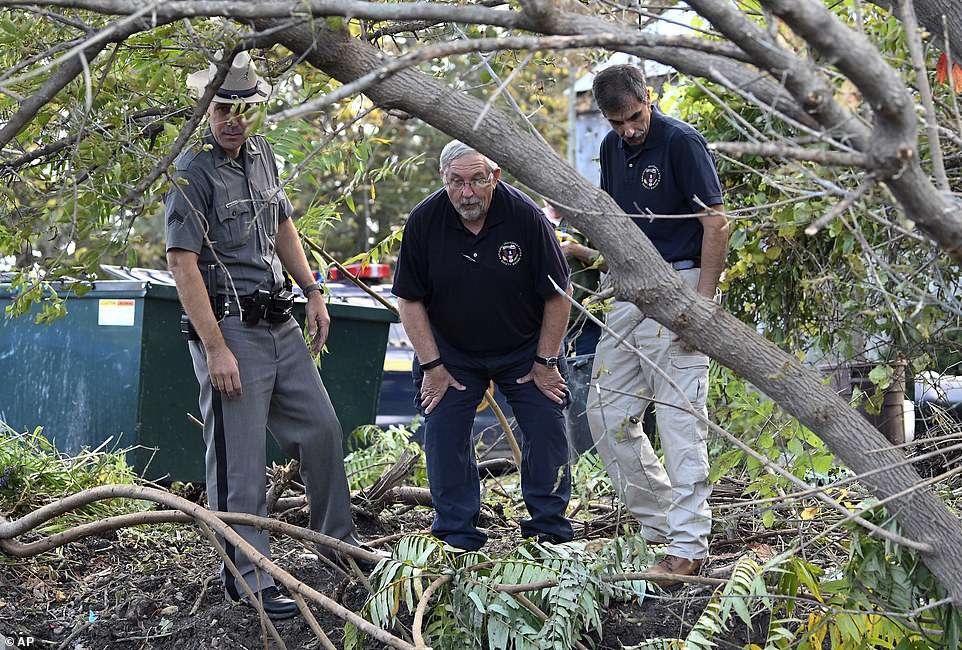 Just days before the crash Amy had uploaded a post gushing about husband Axel, whom she married in June, to Facebook which read: ‘I love you more than words can say.’

Amy was one of four sisters who died in the accident, along with Mary Dyson, Allison King, and Abby Jackson. The group were celebrating Amy’s birthday when the crash happened.

Rich Steenburg, Axel’s brother, was among the dead, along with Patrick Cushing, Erin’s cousin.

Matthew Coons and his girlfriend Savannah Devonne also died. Matthew had been a groomsman at Abby and Axel’s wedding.

The sisters’ aunt Barbara Douglas said the family were devastated by their loss.

‘One just got married and that’s what this was: her new husband was giving her a surprise birthday party,’ she told the New York Post.

‘They did the responsible thing getting a limo so they wouldn’t be driving,’ Douglas added to NBC News.

She described all four sisters, who were aged 35 to 30, as ‘beautiful girls, full of life’ and said two were mothers.

‘They had their whole lives ahead of them,’ she said.

What we know so far 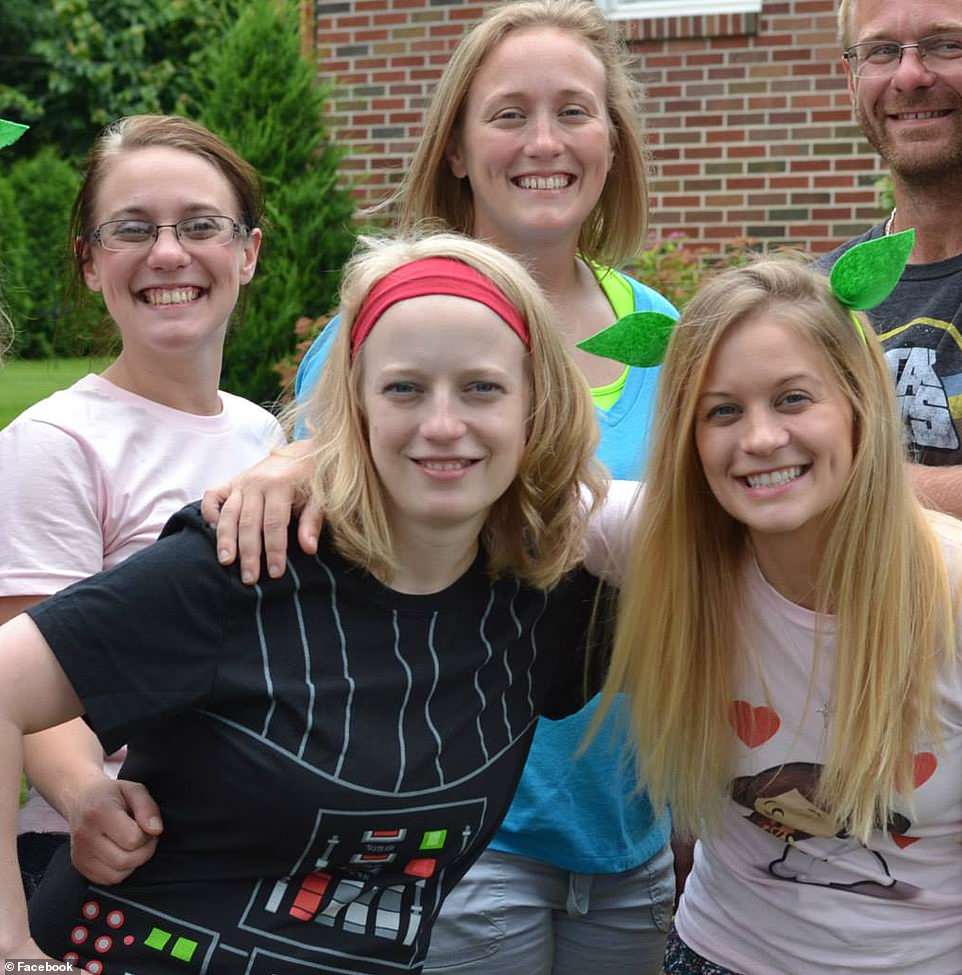 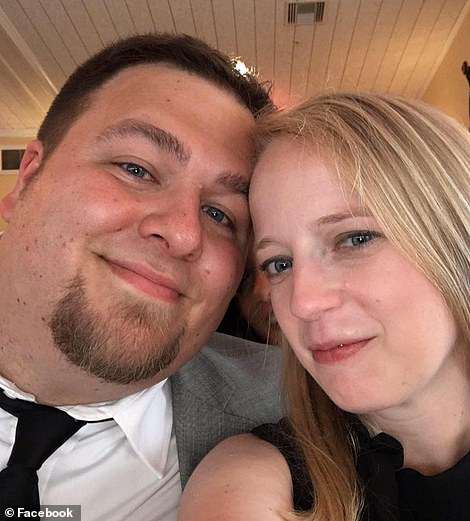 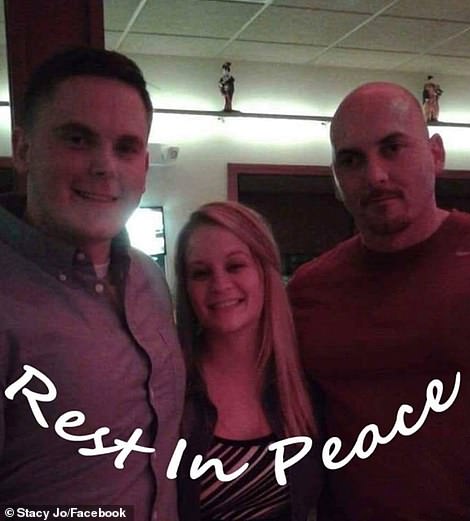 Abby Jackson and her husband Adam are seen, left. Her sister Amy, whose birthday it was, is pictured right with her husband Axel (on the left) and his brother Rich (right). Rich was also killed in the crash 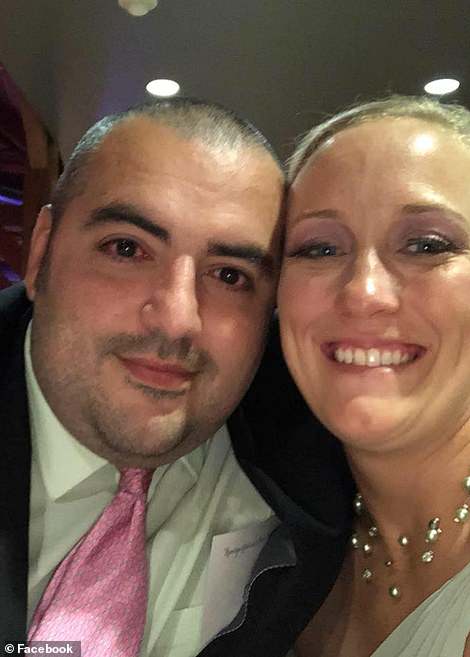 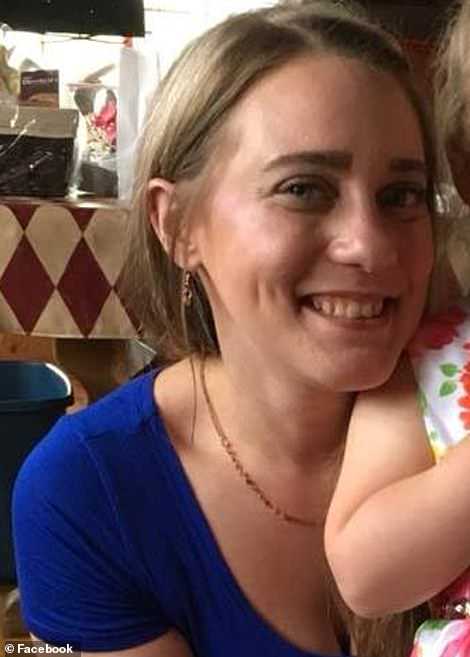 Robert Dyson and his wife Mary, the oldest sister, were among the victims of the crash. The pair had been married since 2009 and had a young son. Sister Allison King (right) also died