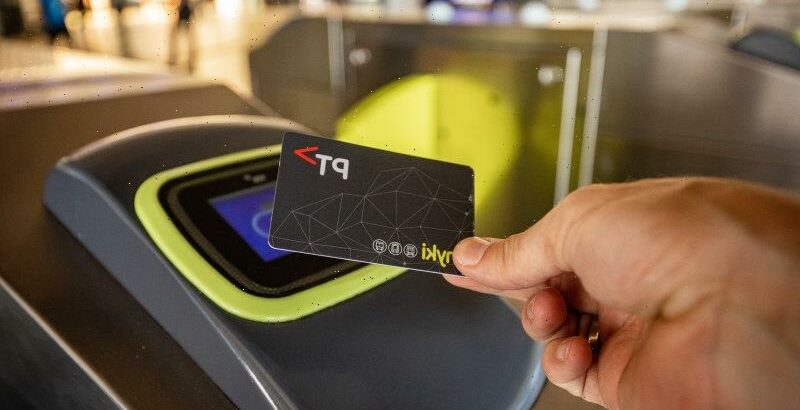 Ticketing technology used by some of the world’s largest and best public transport networks could be rolled out in Victoria when the state decides on the future of its outdated myki system.

Touching on with just a credit card at train stations and on trams and buses is one major upgrade expected when the Andrews government signs a new contract to run the system this year. 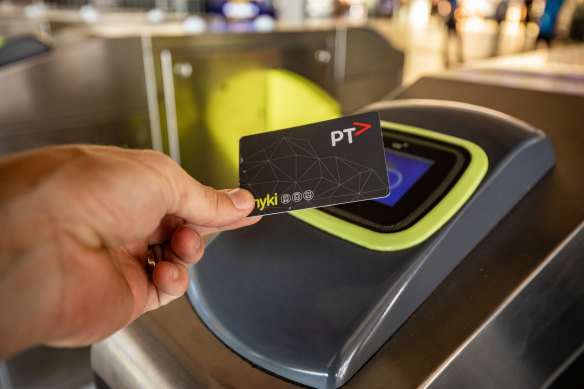 Japanese technology group NTT Data’s $100-million-a-year deal expires on November 30 and the state invited expressions of interest from rival operators about a year ago.

A swath of industry leaders, including US outfits Cubic and Conduent, French multinational Thales and Hong Kong’s MTR, were among those competing with NTT, which is vying for another term, according to sources familiar with the process and who spoke on the condition of anonymity due to its commercial sensitivity.

Public Transport Users Association spokesman Daniel Bowen said payments via bank cards or smartphones would be the most important upgrade for myki, especially since passengers could not buy the $6 myki cards on trams or buses. 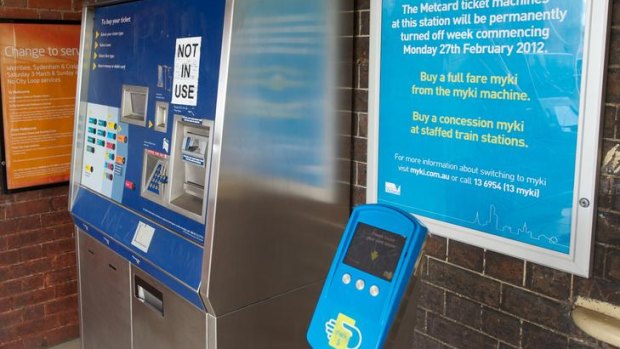 Myki replaced Metcards in 2012 after a three-year delay and $550 million cost blowout.Credit:Jason South

“That would make it much easier for new and occasional users,” he said. “Currently, that barrier to using the system is there: you’ve got to find a way to buy a ticket and know how much money to load onto it.”

Bowen said updating ticket scanners to accept iPhones as well as Androids and a system that automatically calculated the cheapest fare for passengers should be other priorities.

“For weekly [myki tickets] and longer, you have to know in advance that you want that discounted fare and you have to buy it in advance, then if you don’t use it, you’re missing out,” he said.

Those options are already available in cities using ticket systems built by the companies vying for the myki contract.

Cubic, which has installed “contactless” ticketing in Sydney, London and recently New York, is considered a frontrunner.

The San Diego-based company bid for the myki contract unsuccessfully when it last went out to tender, in 2016, and later claimed that it was treated unfairly in the process.

Conduent, based in New Jersey, runs about 400 ticket systems globally, including in Montreal, Helsinki and Adelaide, where it started rolling out a bank card and payphone system in 2020.

Meanwhile, French technology and defence giant Thales has sold its ticketing technology to 100 transport systems globally, including in Paris, Oslo and across the Netherlands.

Thales made an expression of interest in a partnership with MTR, the Hong Kong rail operator that also owns 60 per cent of Melbourne’s Metro Trains, in early 2022, but the Victorian Department of Transport notified it soon after that it had not made the shortlist of final bidders, sources said.

None of the bidders would comment on the process, and it is not clear which companies have progressed to further rounds of negotiation.

A Victorian government spokesperson said that the tender process would ensure public transport users benefited from the latest technology, with features including card payments and more smartphone options.

Victoria first signed a $1 billion contract with Kamco in 2005 to develop the myki card system, which replaced the ageing paper Metcard system, and run it for 10 years but suffered a three-year delay and $550 million cost blowout.

The government said at the time that the contract extension came with tough new performance benchmarks to improve the system.

Monash University’s chair of public transport, Graham Currie, said the new operator needed to be flexible and able to adapt to future technological advancements, such as ways to bundle more transport options into a single user account run on a smartphone.

“This is part of the problem with myki – we’re forever trying to get the existing systems to be operational rather than looking forward to the future,” he said.

NSW has started a $568 million trial of this kind of “mobility as a service” (MaaS) platform, which allow users to book and pay for journeys across multiple types of transport – both public and private – through a single app.

Upgrades that myki has rolled out over the years include the ability to top up card balances using an iPhone or the Public Transport Victoria app and faster top-up machines at train stations.