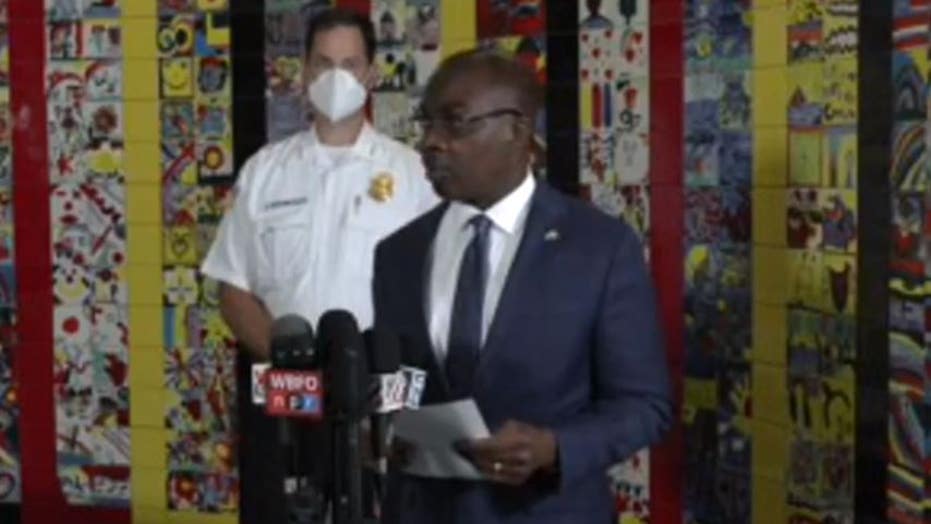 Buffalo police officers are coming under fire for allegedly covering up their name tags during a Black Lives Matter protest outside a bar Tuesday evening.

The confrontation outside MT Pockets along Hertel Avenue followed another protest on Friday in which a man was caught on camera with a knife hurling racial slurs at the protesters.

The man was identified as 47-year-old Michael Cremen of Franklinville and is charged with menacing, criminal possession of a weapon, and harassment, the Buffalo News reported.

Protesters returned to Hertel Avenue again Tuesday. Video shared on social media shows some of the protesters in a heated exchange with patrons of MT Pockets, many of whom appeared crammed in a patio not wearing coronavirus face masks. Buffalo police officers, meanwhile, can be seen standing in the middle of the street to separate both groups.

Though the confrontation grew tense, the situation ended without violence or property damage. Buffalo police later said the protesters did not have a permit to be there.

Buffalo Mayor Byron Brown spoke at a press conference Wednesday to address allegations that some of the officers had covered up their name tags with tape to avoid being doxed.

“Police Commissioner Byron Lockwood and his team have made it clear to our officers that they cannot violate the uniform policy,” Brown said.

Covering up name tags is a violation of the department’s uniform policy. But Brown acknowledged the reality faced by many police officers across the country who have been doxed and have had their families targeted amid increasing hostility toward law enforcement.

“It is also important to note that individuals who are looking up people’s names, and addresses, and homes, and where their families live, and calling in threats to people, that needs to stop,” Brown said. “That cannot be considered being done in the interest of justice because it is not just. And unjust behavior is no substitute for fighting for justice.”

Speaking alongside Brown, Deputy Police Commissioner Joseph Gramaglia said the department was made aware that some officers had their name tags covered up and the situation has been addressed.

“But as the mayor said, attacking their families, their children, and calling out and reaching out to officers through these other means, to get your threats across, you way crossed the boundary, and we’re not going to tolerate that,” Brown said.

Fox News has reached out to the Buffalo Police Department for further comment.

Brown also said that MT Pockets has agreed to temporarily shut down after some of its patrons were seen violating COVID-19 guidelines.

“Everybody is responsible for being reasonable and not engaging in things that make our community less safe," Brown said, denying that it had anything to do with Tuesday’s incident.

The bar’s owner, Phil Alagna, has also released a statement apologizing on behalf of some of the customers who were supposedly heard shouting racial slurs at the protesters.

“We are sorry that things got out of control and some of our customers acted inappropriately yesterday,” the statement said. “We do not tolerate racism in our establishment.  We are saddened that our establishment is being viewed in this manner.  We do not condone racism or violence. We support the recommendations from the Mayor and the Buffalo Police."