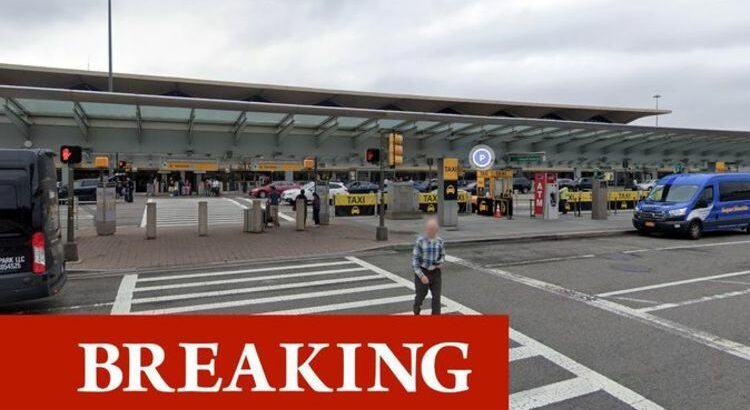 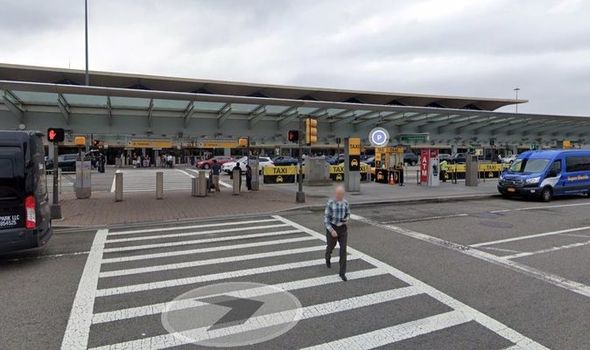 Witnesses described scenes of panic and “total chaos” as frightened travellers scrambled to flee Terminal C. Photos of the scene show some people standing barefoot outside the airport after they left their shoes behind. One man tweeted: “Terminal C evacuated just as I was about to head through TSA.

“People screaming, running, falling down steps….some people were mid check-in and are barefoot outside. 100% total chaos.”

Another wrote: “I started sprinting, dropped my bags at pickup 3”.

A third added: “Everyone started running in Newark airport, son I ran so fast!”

Another man said he was on board a plane parked on a runway at Newark when the pilot made a worrying announcement.

He explained: “We are on the airplane, captain just announced there is a security emergency in the airport and we are closing the door for security.”

Another man said his plane had been grounded while the incident was being dealt with.

Footage shows police cars on a runway with crowds of passengers standing nearby.

Photos taken outside the airport show several police cars parked at the entrance to a terminal.