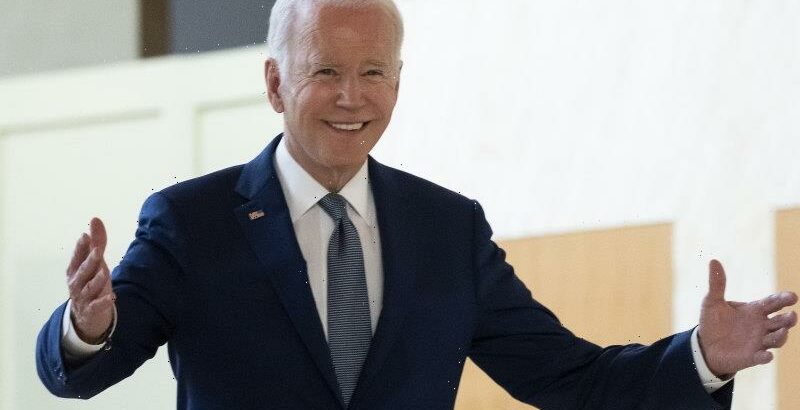 Washington: US President Joe Biden is turning 80 this weekend emboldened by Democrats’ better-than-expected results in the midterm elections, but cognisant of the potential chaos ahead.

While Democrats were able to fend off a red wave and regain control of the Senate, Republicans still clinched enough seats to win back the House of Representatives, ushering in a new era of divided government in America. 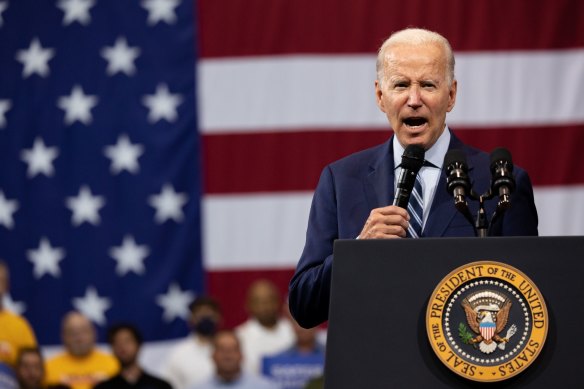 US President Joe Biden campaigning during the midtermsCredit:Bloomberg

The narrow majority gives conservatives leverage to blunt Biden’s first term policy agenda ahead of the presidential election in 2024, which could end up being a rematch with his incendiary predecessor, Donald Trump.

Commitments such as voting reform or codifying abortion protections into federal law will likely be shelved indefinitely, and the president will largely be on the defence as the new House works to undo some of what he achieved in the first two years of his term, such as higher taxes on corporations or big-spending climate change initiatives.

When the new Congress begins on January 3, Republicans will have also the ability to take control of key committees and launch a flurry of probes on everything from the botched withdrawal from Afghanistan to the immigration crisis at the US-Mexico border.

The first signs of these politically charged inquiries emerged on Friday (AEDT), when senior House Republicans James Comer and Jim Jordan announced their plan to investigate the financial dealings of the president’s son Hunter, and indeed the president himself. 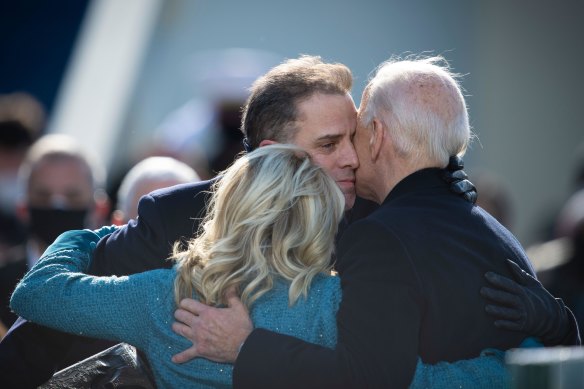 They claimed they were gathering evidence that Hunter engaged in influence peddling and regularly used his dad’s political clout to capitalise on overseas business dealings, suggesting the president may have benefited financially.

While the allegations were swiftly dismissed by White House officials – who accused the Republicans of peddling out “long-debunked conspiracy theories” – they present a sense of the hostility to come.

But Biden also has another challenge he and the Democrats will be forced to confront: his age.

Already the oldest president in American history, Biden will celebrate his birthday on Sunday, making him the first octogenarian to lead the most powerful country in the world.

The previous oldest president was Ronald Reagan, who left office at the age of 77. If Biden were to win in 2024, he would be 82 years old at his inauguration and 86 at the end of a second term.

Which begs the question: should he run for a second term?

“He’s not too old to run – 80 is like the new 65,” says University of North Florida politics expert Michael Binder.

Voters, it seems, are equally unsure. One survey, conducted by The New York Times and Siena University recently found almost two-thirds of Democrats don’t want the president running again for the White House, citing his age as their key reason.

And while supporters insist he remains “intellectually engaged”, the issue has become an uncomfortable one for some White House insiders, who note Biden’s tendency to mangle his sentences, lose his train of thought, or struggle with names and teleprompters.

But the challenge is political as well as physical, as a growing number of people call for “generational change” not just within the Democratic Party, but among the Republican Party, too.

We saw it play out this week, when the twice-impeached Trump announced his third presidential run, defying calls to step aside in favour of rising stars such Florida’s 44-year-old Governor Ron DeSantis.

We also saw it with veteran House Speaker Nancy Pelosi’s announcement that she will stand down from the Democratic leadership, noting that “the hour has come for a new generation”.

And while Biden has left his options open for now – saying it’s his “intention” to run again in 2024 – his final decision is likely to be shaped by how much, or how little, he can achieve in the newly divided Congress.