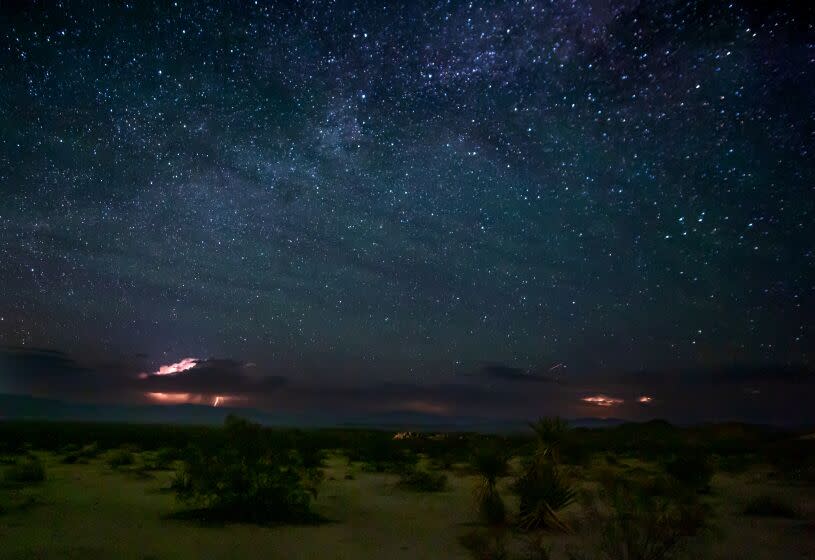 Gov. Gavin Newsom has vetoed a bill that would have dimmed the light pollution emanating from state buildings, writing that the proposed law was an “overly broad mandate” whose costs California is currently ill-equipped to cover.

Introduced by Assemblyman Alex Lee (D-San Jose), AB 2382 would have required all outdoor lights installed after Jan. 1 on properties owned, leased or managed by the state to have antilight pollution shields, as well as motion sensors or automatic dimming or shut-off functions to limit the amount of light they release into the environment.

“This bill would have protected our night skies and migratory species, while reducing wasteful and unnecessary electricity consumption,” said Lee, who called the veto “extremely disappointing.”

In his veto message Friday, Newsom framed his decision to return the bill without his signature primarily as a fiscal one, writing that its costs were “unfunded and potentially significant” in a year with lower-than-expected revenues.

The proposed measures “may cost millions of dollars not accounted for in the budget,” he wrote, noting that the state’s Green Building Standards Code already requires some light pollution prevention measures for non-residential buildings.

The bill’s supporters described that view as shortsighted.

“Making lighting at state buildings more night sky- and wildlife- and human health-friendly is a long-term money saver, because you use less energy,” said Travis Longcore, an urban ecologist at UCLA who studies the environmental effects of artificial light and advised the bill’s authors.

“It’s a matter of prioritizing things that are important,” he said. “As a state, we’re doing well enough to do the right thing by our nighttime environment.”

In an ironic twist, the widespread adoption of energy-efficient LED lightning has led to a blinding explosion in light pollution that is disrupting wildlife and disturbing human circadian rhythms.

LED lights use less than 25% of the energy of the incandescent bulbs they were intended to replace. People have embraced them with gusto, lighting more spaces for longer into the night than before.

Many of these bulbs also emit a cooler blue light that diffuses more broadly, meaning that the bright lights of urban Los Angeles can make it harder to spot the stars in Death Valley. A clear night sky in Los Angeles now shines 1.5 times more brightly than a night lit by a full moon, Longcore estimates.

State buildings represent only a small fraction of light pollution, which is fed mainly by stadiums, industrial lights, streetlights and outdoor residential lighting. But the bill, which had bipartisan support in the state Assembly and Senate, was a way for the state to “lead by example,” said Ruskin Hartley, executive director of the International Dark-Sky Assn.

Despite the disappointment of the veto, backers of the bill say they aren’t giving up.

“As the cost of energy continues to go up, we’re seeing many countries in Europe take a serious look at how they’re using light at night and say, ‘Hey, at 2 o'clock in the morning, let’s turn these facade lights off, let’s turn these house lights off,’ and that requires them to be on controls. It’s about future-proofing our cities,” Hartley said. “There’s an economic and ecological argument to be made, and we’ll be back.”