The Miami Dolphins wanted Tom Brady, Brady wanted the Dolphins, and the Brian Flores lawsuit against the team blew up the mutual pursuit. That’s the alleged storyline now in play, finally offering a believable decryption of the why behind Brady’s puzzling six-week retirement this offseason.

Back on our March 31 episode of "You Pod To Win The Game," we offered the timeline of events and what likely spurred Brady to suddenly reverse field from his retirement. Within that timeline, we pointed at the Flores litigation as being the change agent that had been missed. Up to that point, Mike Florio of ProFootballTalk had already begun rolling out reports about Brady trying to get to the Dolphins. And in the last week, the storyline has been fleshed out by a number of outlets — most notably a report in the Boston Globe that filled in alleged details about the rise and fall of the proposed Brady-to-Miami scheme.

It’s all fascinating. But it’s also still slightly incomplete, because there’s a significant hole that has to be accounted for. A specific question that should be of particular interest to the NFL and the Tampa Bay Buccaneers.

If Dolphins owner Stephen Ross and Brady were constructing a backdoor strategy to make him Miami’s starter in 2022 — first having him “retire” from the Bucs to become a Miami executive, then eventually forcing a trade of his player rights — how did such an elaborate plan come together without a staggering amount of tampering?

Inquiring minds inside the league office should want to know. Even if it means going through Brady’s cellphone records yet again.

Because the way this is being reported, a faux Brady retirement was the first step in the scheme, and that alone suggests it was drawn up while he was still a member of the Buccaneers. There’s no way of doing that unless Brady or someone operating on his behalf is an active participant in Miami tampering. Which should be generally problematic, given that owners tend to frown on other owners poaching their star players. 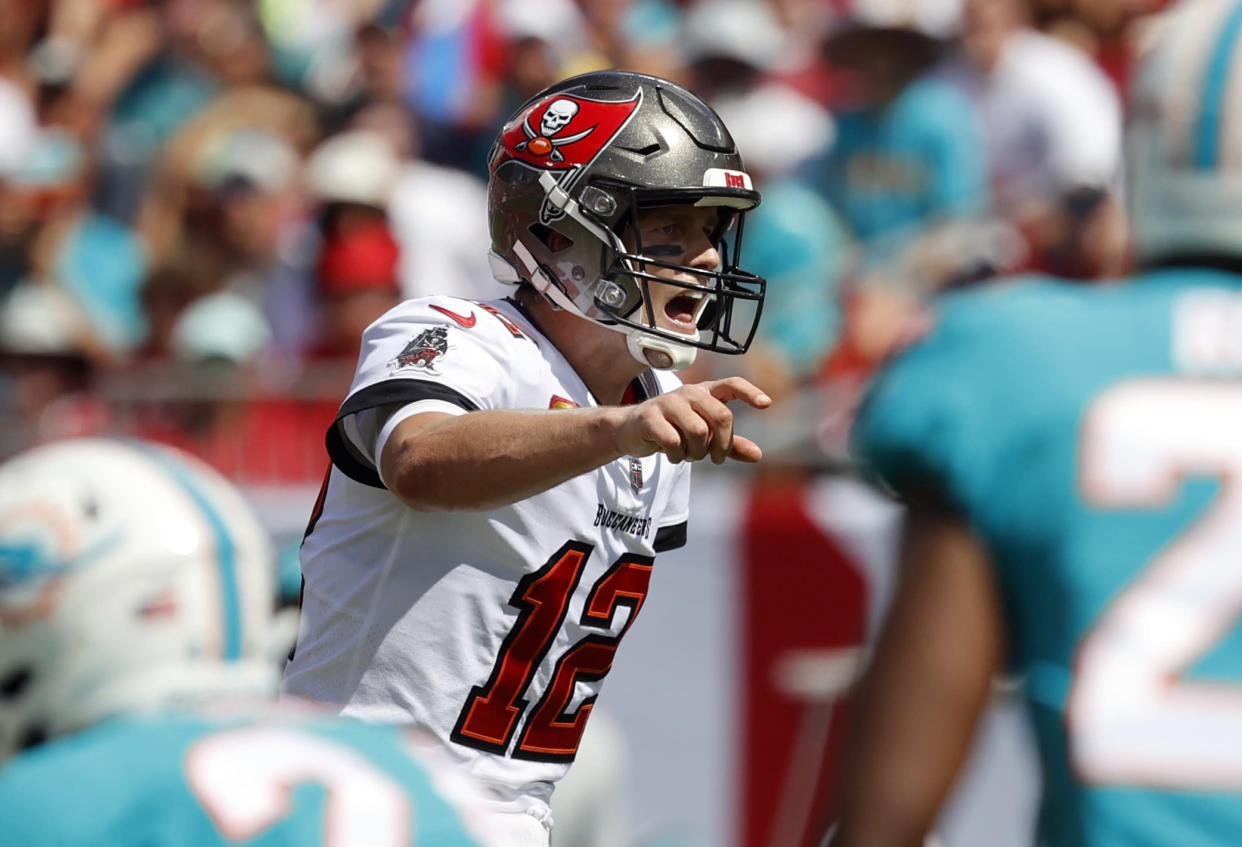 Lest we forget, this isn’t even the first suggestion Ross has tampered this offseason, nor the first suggestion that he tampered with Brady. The first instance came through the Flores lawsuit, which alleges that Ross tried to get his former head coach together with an unnamed quarterback on his yacht in Miami in 2020. That quarterback was later to be reported to be Brady.

That should lead to more than a few questions for the league. Among them:

Is the first tampering allegation legitimate? If it is, did it ever stop? If the recent reporting is accurate and Brady was part of a Dolphins maneuver, how directly was he involved and how far back did it go? And did the Buccaneers ever know or suspect anything about what was going on?

Getting those answers should be important if the league plans on at least holding franchises accountable for tampering. Especially when the Buccaneers aren’t in a position to air out Miami, given that it could indict Brady in the process. Now that he’s back in the fold, it makes little sense for Tampa Bay to push that issue, even if the Buccaneers should have some animus toward Ross for what allegedly took place.

Of course, there’s also a catch-22 buried in any investigation into Ross. If the league finds there was tampering in 2020, it proves one part of the Flores lawsuit. And if the NFL further finds that recent reports are correct about Miami constructing a Brady plan, it could prove that Ross was blowing off the Rooney Rule in a pursuit of Sean Payton, too. Because there’s no middle ground here. If Brady and Payton were coming, then it means Miami had not only tampered with a quarterback but settled on a head coach from the start. The latter of which has echoes of the Mike Mularkey “fake hiring process” allegation against the Tennessee Titans, which was added to the most recent amended version of the Flores suit when Ray Horton and Steve Wilks joined as plaintiffs.

Add it all up, and it amounts to a space where the NFL would be working both for and against its own interests. But the question comes down to what would ultimately reek more for the league: flagrant tampering between an NFL owner and the most iconic player in history, or the lack of any serious investigation into either of them.