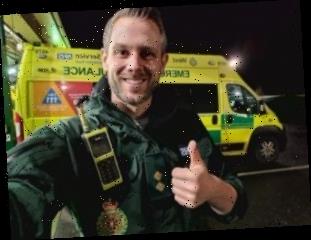 AN NHS ambulance boss has been slammed for "mocking people with Tourette's" in a post on Facebook.

An investigation has been launched into the post by Rob Moore, a paramedic and acting operations manager at West Midlands Ambulance service. 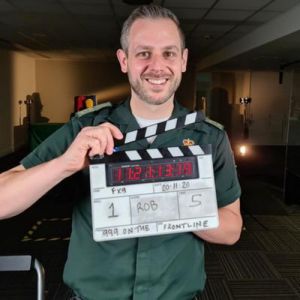 The paramedic is currently starring in a More4 television series called 999: On the Front Line, which follows paramedics dealing with incidents.

Sources say he is seen as a "poster boy" for the service and has 15,000 followers on Twitter. 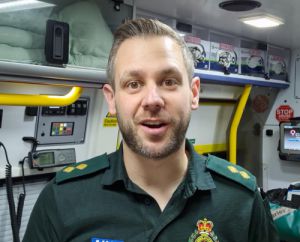 The Tourette's Facebook post is in stark contrast to his Twitter profile – where he boasts of being a mentor and has frequently reminded people to stay at home during the pandemic and to wear face masks.

A source told The Sun: "This is shocking. He's treated as a poster boy at the service yet he's making a joke about people with Tourette's, which is a disability.

"Would he target somebody in a wheelchair with such a rant? He's senior and basically takes charge of incidents.

"He's the policing equal to an inspector. He's on the television frequently and is supposed to be a mentor.

'HE'S LET A LOT OF PEOPLE DOWN'

"He's let a lot of people down, including himself. What if he has to treat somebody who has Tourette's?"

A West Midlands Ambulance Service spokesman said: “This post was taken from a personal account that is closed to the public.

"However, as a service we would never condone language that could be perceived as offensive.

"Now this has been brought to our attention, the Trust will carry out an investigation into the post as we would for any member of staff.”