Nick Jonas and Priyanka Chopra married in a Western ceremony in her native India Saturday.

The actress, 36, and the musician, 26, tied the knot at the glamorous Umaid Bhawan Palace in Jodhpur, Rajasthan just four months after their July engagement.

Chopra wore a custom Ralph Lauren gown, while her new spouse also opted for the brand.

With Ralph Lauren Collection being their choice for the 2017 Met Gala that occurred at the start of their romance, it’s no surprise the entire wedding party was kitted out in the designer gear. 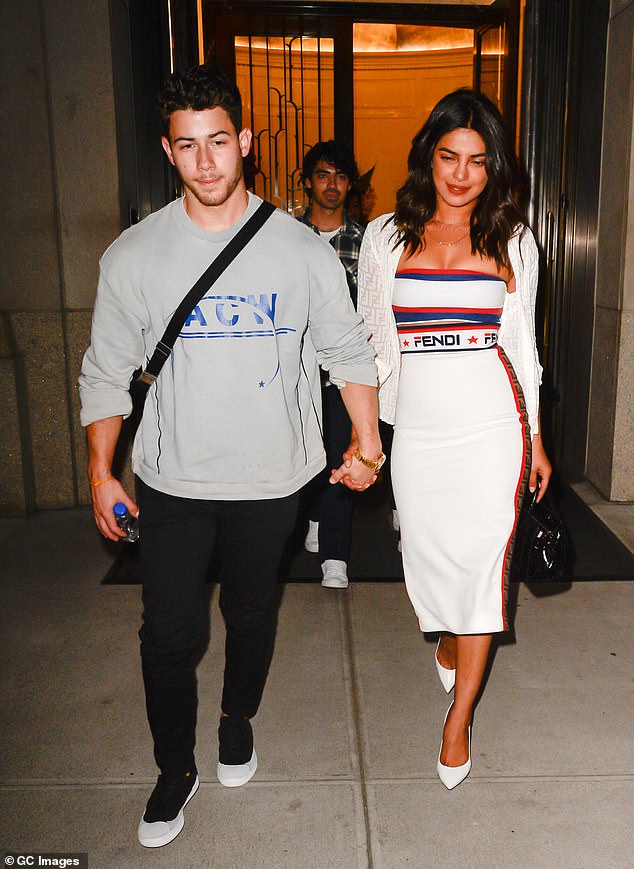 Lauren is a close friend of the couple.

Ralph Lauren has previously only designed and made wedding gowns for family members including his daughter, daughter-in-law and his niece – but has made an exception for Priyanka.

The designer was so keen to dress the stunning actress for her wedding he came to her with an array of designs for her to chose from for the wedding.

Mobile phone use was strictly prohibited inside the $60,000-a-night venue.

Everyone was required to keep hold of a card which must be displayed at all times until their leave the premises.

Meanwhile, the bride-to-be and her fiancé have ensured that guests are entertained during the weekend, with another guests uploading a chess tournament taking place at the Palace.

With the venue now lit up by laser beam lights, the Bollywood star and American singer have spared no expense and have lavished attendees with epic welcoming packs – which include Indian treats, shoes and a much needed ‘information guide’ for their three day extravaganza.

The couple, who have warned guests they will need a vacation after their wedding, are clearly keen on celebrating their union in style, and have ensured everyone has a welcome pack waiting for them in their room.

The pair have also set up a wishing well tree, which is becoming hugely popular in the wedding industry, allowing invitees to hang up messages of love and support.

While there are numerous reports that Nick will be serenading her at the wedding, Indian pop band Sanam uploaded a clip of themselves rehearsing for the ceremony.

Adding further traditional touches to the pre-wedding festivities, the couple even lavished everyone with special personalised silver coins – which feature Lord Ganesha and Goddess Laxmi on it.

And some of the details of the lavish celebration have already been revealed ahead of the special occasion, which will span across three days and include both a traditional Indian service and a Christian ceremony.

Although it is normally the bride that makes a show-stopping entrance, Nick admitted during an interview with Vogue that he will be following Indian custom and arriving on horseback ‘dressed like a king’, wearing a turban and holding a sword.

During the interview Priyanka suddenly thought to check that her fiance was comfortable riding horses, but he was quick to reassure her that he couldn’t wait to make his grand arrival.