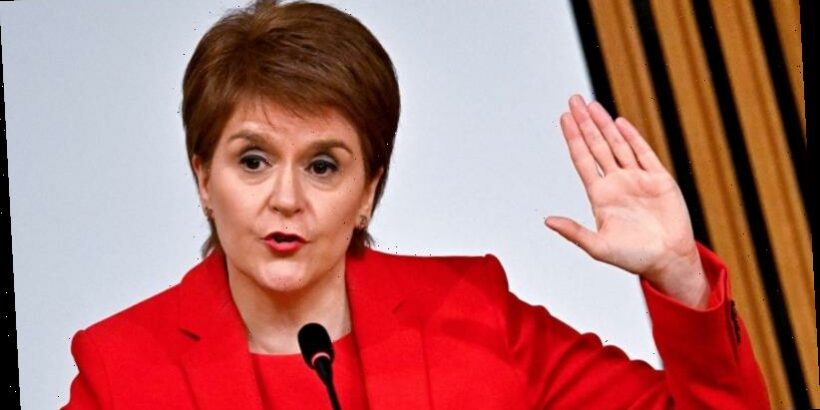 London: Scotland’s First Minister Nicola Sturgeon denies she misled parliament over how she handled sexual misconduct claims against her predecessor, in a dispute that threatens her dream of leading her nation to independence.

A parliamentary committee investigating how Sturgeon and her administration dealt with sexual harassment allegations against her former ally Alex Salmond in 2018 found that she had given misleading evidence. 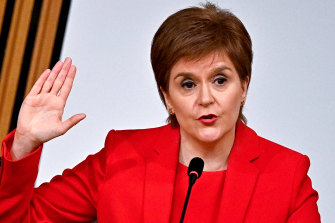 “I stand by all of the evidence I gave to the committee, all eight hours worth of evidence,” Sturgeon told the UK Sky News, referring to her marathon testimony on March 3. “Opposition members of this committee made their minds up about me before I uttered a single word of evidence.”

Sturgeon, who had already been facing calls to resign, came under further pressure after the report, with the leader of the Conservative opposition in Scotland, Douglas Ross, saying she should quit immediately.

“We cannot set a precedent that a first minister of Scotland can mislead the Scottish Parliament and get away with it,” he said.

Should Sturgeon resign, it could not come at a worse time for her Scottish National Party (SNP), which prior to the row over former leader Salmond had been predicted to win an absolute majority in elections in May. 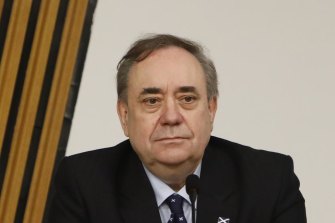 Sturgeon has argued that an emphatic win would give her a powerful mandate to demand an independence referendum, overcoming opposition from British Prime Minister Boris Johnson.

But recent polls suggest a steady stream of negative headlines over her feud with Salmond have dented the SNP’s lead, potentially depriving the party of that absolute majority.

In a 2014 referendum, Scots voted by 55 per cent to 45 per cent to remain in the United Kingdom, but since then the situation has changed because of Brexit and the COVID-19 pandemic.

The investigation’s report is not due to be released until Tuesday.

In the 2016 referendum on membership of the European Union, Scots voted to remain in the bloc while the UK as a whole voted to leave. This strengthened the SNP’s hand and the party has since enjoyed wide margins of victory in Scottish elections.

In the early months of the pandemic, Sturgeon was seen by most Scots as having handled the situation well, in sharp contrast to Johnson whose response was widely criticised, further widening her apparently impregnable poll lead.

The Salmond drama, which had been bubbling in the background since 2018 but boiled over after his own explosive testimony to the parliamentary committee on February 26, could not only drive Sturgeon out of her job but do lasting damage to the SNP.

Salmond, who stood trial on charges of sexual assault and was acquitted in 2020, has portrayed himself as the victim of a conspiracy to drive him out of public life. Sturgeon has rejected that as absurd.

In her lengthy testimony on March 3, she told the parliamentary committee that she had not offered to intervene in the Scottish government’s handling of complaints made against Salmond by several women.

“Taking account of the competing versions of the event, the committee believes that she did in fact leave Alex Salmond with the impression that she would, if necessary, intervene,” the Sky report quoted the committee as saying in its conclusions.

“She has misled the committee on this matter. This is a potential breach of the ministerial code,” the committee said, according to the Sky report. Such a breach would normally lead to a resignation.