Nicola Sturgeon today will vow to use the Brexit ‘calamity’ to push for a new Scottish independence vote.

The SNP leader will accuse Theresa May’s government of stumbling from ‘disaster to disaster’ in the crunch negotiations with the EU.

She will lay out her commitment to pushing for an indyref2 and break up the United Kingdom, when she gives her speech at her party’s conference in Glasgow today.

Mrs Sturgeon will say that an independent Scotland will be a ‘beacon for progressive values’ offering ‘optimism and hope’.

The Scottish First Minister has vowed to come forward with her plans to push through another independence referendum after the PM comes back with her Brexit deal.

And she has warned Number Ten that she could unveil the fresh push within a ‘matter of weeks’. 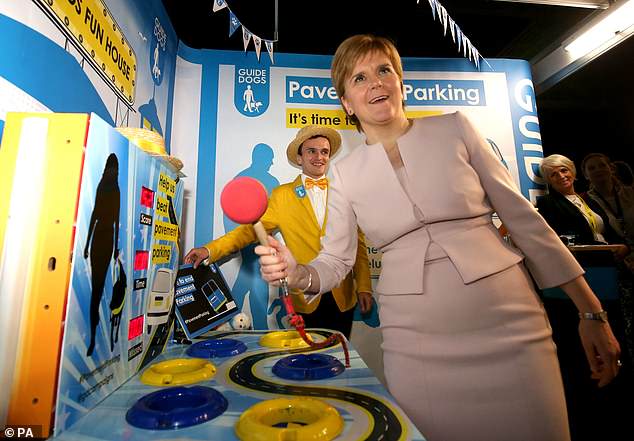 She will say: ‘The Westminster Government stumbles from day to day and disaster to disaster.

‘It’s hard to watch that unfolding calamity and feel anything other than despair.

‘So it is up to us – now more than ever – to offer optimism and hope.

‘Just think how much more hope will be possible when we take Scotland’s future into Scotland’s hands and become an independent country.

‘An independent Scotland, just as Scotland is now, will be a beacon for progressive values – equality, opportunity, diversity and fairness. Indeed those values feel more important today than ever before in my lifetime.’

Her remarks come after her Westminster deputy Ian Blackford vowed to cause ‘maximum disruption’ to the PM’s government and to vote down her Chequers Brexit plan.

Speaking to the party faithful yesterday, he accused the PM of treating ‘Scotland as a second class nation’.

He said he is putting No10 ‘on notice’ that the SNP will try to wreak havoc in Parliament. 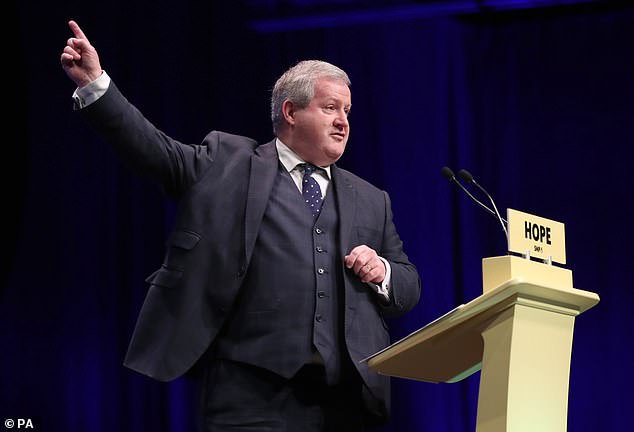 He said Mrs May is on ‘a reckless mission to trash our economy’ with what he branded as ‘self destructive policies on Brexit, austerity and immigration threaten serious and lasting harm’.

He hit out at the ‘turmoil and terrifying damage’ that leaving the European Union will bring to Scotland.

He said: ‘Let those in Westminster hear this – if contempt continues to be shown to the people of Scotland and our Parliament – SNP MPs will not hesitate in causing maximum disruption to this Tory Government’s agenda when and where Scotland needs us to.’

He added:  ‘We will not sit back and allow Scotland to be dragged out of the single market and customs union against its will.

‘We will not be complicit in a blind – or a no deal Brexit.

‘When the time comes to vote on the Brexit deal, the only deal we will accept is one that keeps Scotland in the single market and the customs union.

‘Any other deal will sell us short.’