The Brexit Party boss stepped down after reportedly after finding out his contract would be ended following comments about the Black Lives Matter protests. 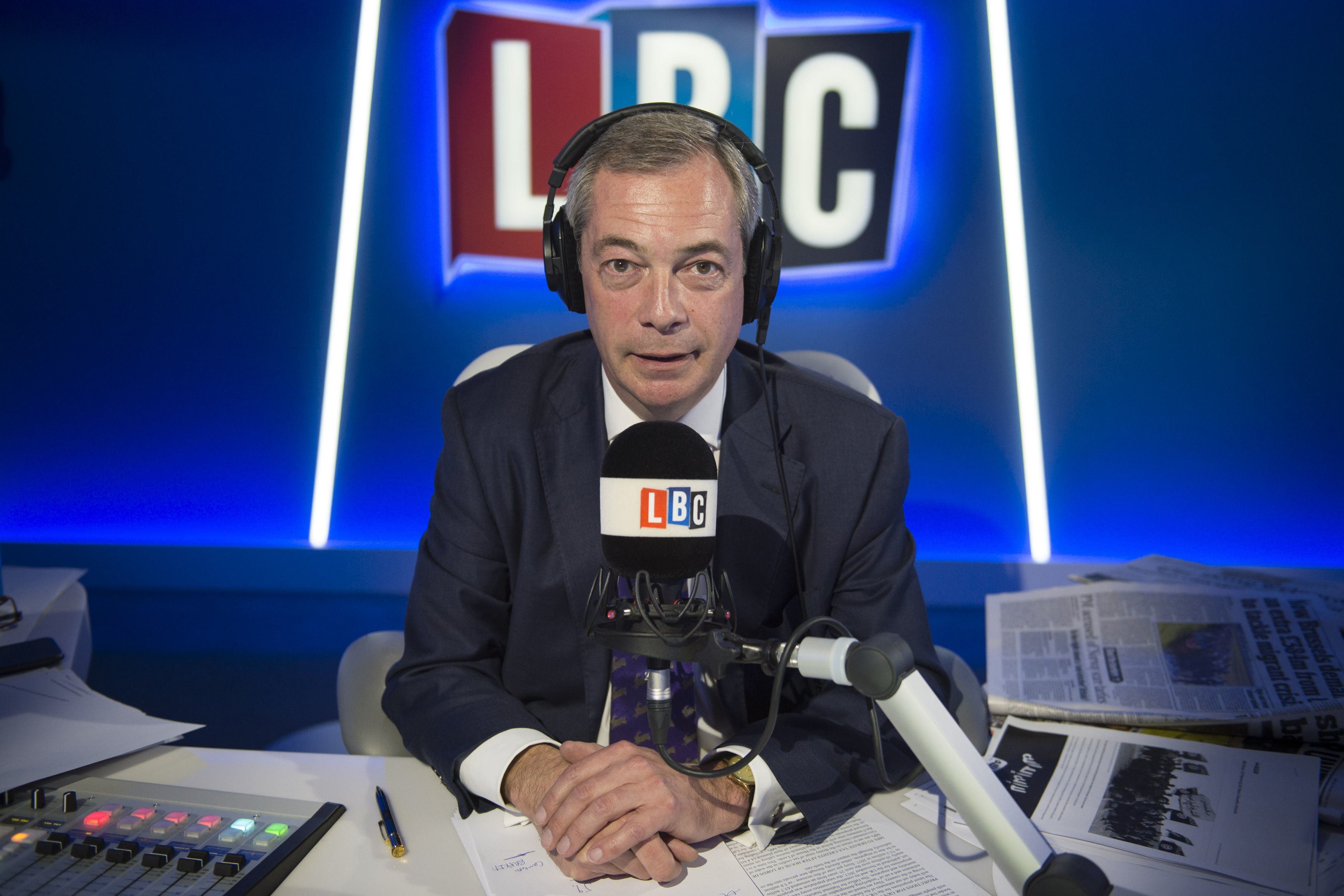 His usual 6-7pm show on Thursday nights was tonight merged with Iain Dale's after he left without warning.

He denied leaving due to a furious row with bosses when approached by the MailOnline, but wouldn't provide further comment.

Mr Farage has often courted controversy as a presenter and a politician, clashing with colleagues on the station while hosting regular slots since 2017.

Fellow LBC presenter James O'Brien, today tweeted: "We got our station back."

LBC tweeted today "Nigel Farage's contract with LBC is up very shortly and, following discussions with him, Nigel is stepping down from LBC with immediate effect.

"We thank Nigel for the enormous contribution he has made to LBC and wish him well."

Nigel Farage's contract with LBC is up very shortly and, following discussions with him, Nigel is stepping down from LBC with immediate effect

Mr Farage's producer Christian Mitchell said he was shocked by the news, tweeting: “Hearing this on social media…”

The former MEP's show has sparked multiple Ofcom investigations in the three years it has aired.

His friendship with Donald Trump helped secure the station an interview with the US president in October last year.

And last year he engaged in a heated clash with a caller over the prospect of the creation of an EU army, asking him: "When will you stop lying?"

Ofcom also assessed comments he made on the show about the refugee crisis, when he referred to Sweden as "the rape capital of Europe".

The shock departure comes after Mr Farage, an arch Brexiteer, has been outspoken in criticism of controversial statues being removed during Black Lives Matter protests.

Earlier this week accused BLM of acting like the Taliban after they tore down a monument to slave-trader Edward Colston in Bristol.

During a fiery debate with activists and historian he was accused of inciting race hate.

However Mr Farage said: “The Taliban love to blow up and destroy historical monuments from a different time that they do not approve of.

“What we saw at the weekend was the most appalling example of mob rule.”

Asked if the decision to step down was related to the controversy surrounding his recent comments, a spokesman for LBC declined to comment.

Today Prof Williams tweeted: "On Tuesday, Nigel Farage made the disgraceful comparison of Black Lives Matter to the Taliban on GMB.

"Horrific spreading of race hatred and inciting hate. Now, he is 'stepping down' from LBC – immediate effect.

"This is long overdue. Race hatred must be off all the airwaves -now!"

The departure of Mr Farage comes after presenters at radio station Capital Xtra, which shares parent company Global Radio with LBC, criticised Global for its response to Black Lives Matter.

Breakfast show hosts Yinka Bokinni and Shayna Marie Birch-Campbell reportedly said they were "embarrassed" by statements on race issued by the company.

According to The Guardian, the pair wrote a joint statement on an internal discussion board saying: "It's upsetting to receive messages from black people who work in the company who are scared of coming forward and at first we weren't even sure if this was a forum for presenters to share their opinions, but honestly we don't know what else to do."

LBC is home to a number of outspoken commentators, including Nick Ferrari, James O'Brien and as of April, the Prime Minister's sister Rachel Johnson. 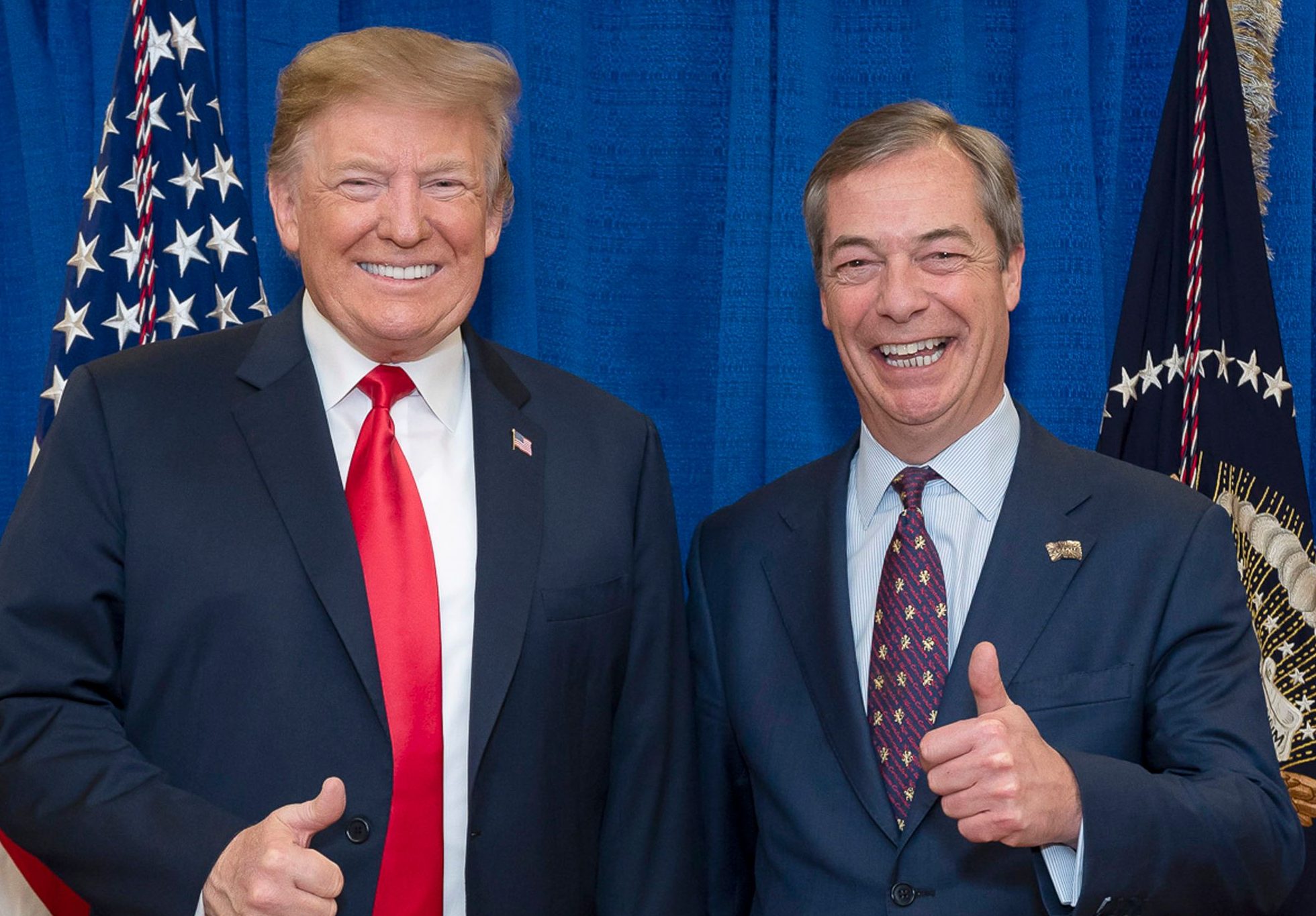