NIGEL Farage has condemned what he claimed was Boris Johnson’s “appalling” Brexit deal and urged MPs to reject it.

The Brexit Party leader used a newspaper advert ahead of today’s historic vote on the Prime Minister’s plant to leave the EU to claim it would not respect the referendum result. 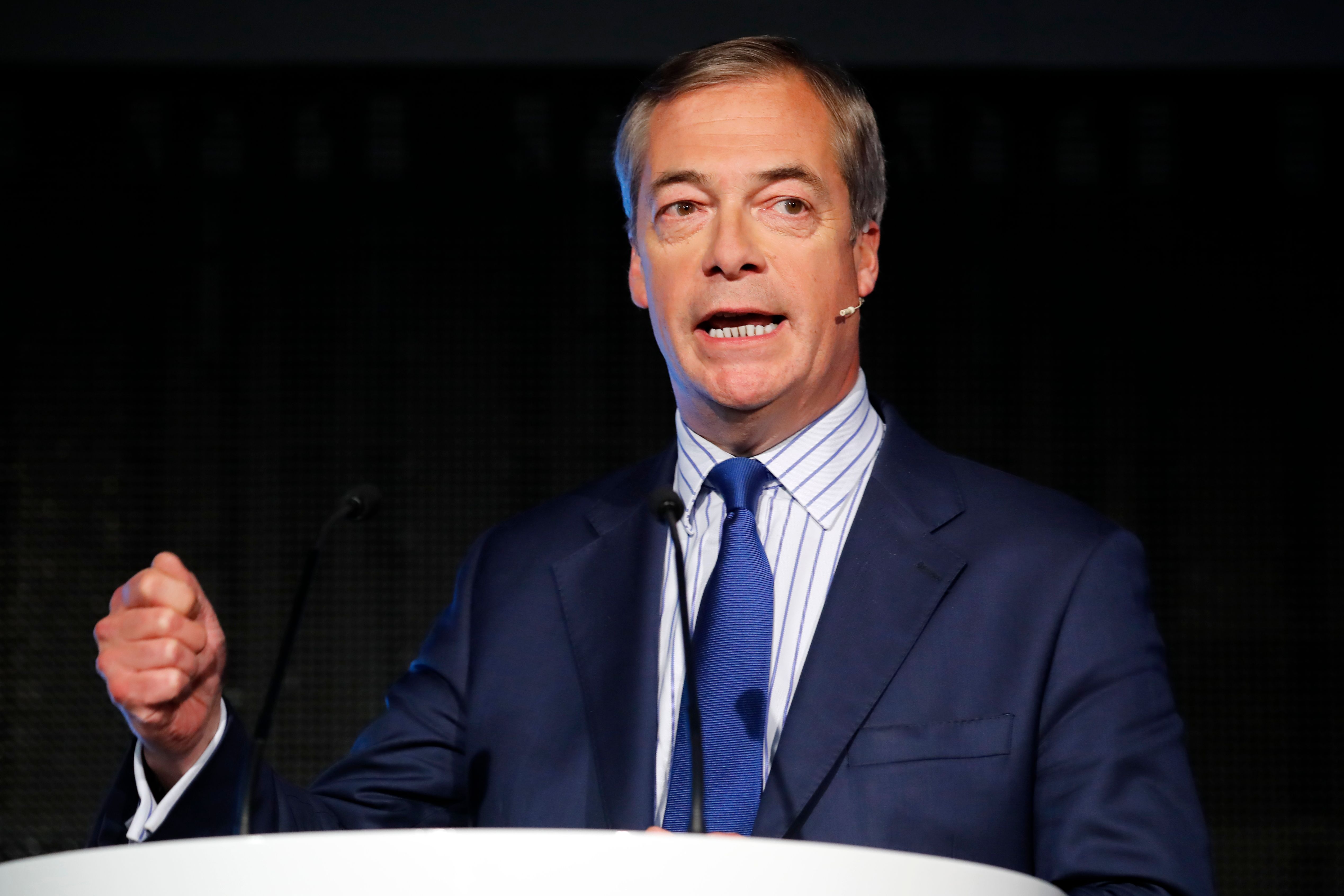 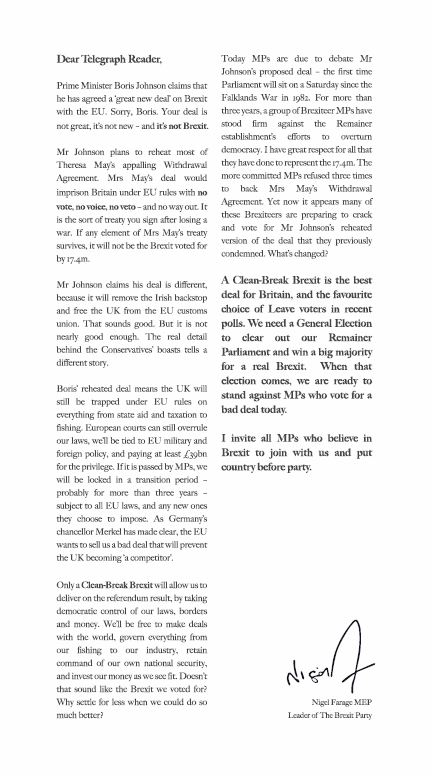 “Mrs Mays deal would imprison Britain under EU rules with no vote, no voice, no veto – and no way out.

“Mr Johnson claims his deal is different, because it will remove the Irish backstop and free the UK from the EU customs union. That sounds good. But it is not nearly good enough.

“The real detail behind the Conservatives’ boast tells a different story.

“Boris' reheated deal means the UK will still be trapped under EU rules on everything from state aid and taxation to fishing.

“European laws can still overule our laws, we'll be tied to EU military and foreign policy, and paying at least £39bn for the privilege.”

He continued: “Only a clean break Brexit will allow us to deliver on the referendum result, by taking democratic control of our laws, borders and money.”

Earlier this week, Mr Farage said he’d rather have another election that back Boris Johnson’s Brexit dealm

The Brexiteer– who once offered to form an election pact with Mr Johnson – said today: “It [the deal] binds us into so many other commitments on foreign policy, military policy – a list as long as your arm, and I frankly think it should be rejected.

"Would I rather accept a new European treaty that is, frankly, very bad for us, or would I prefer to have an extension, and a general election? I would always go for the latter option.

“I genuinely believe that a clean break and being able to be competitive is the absolute key to our future economic success. We cannot do that with this new treaty." 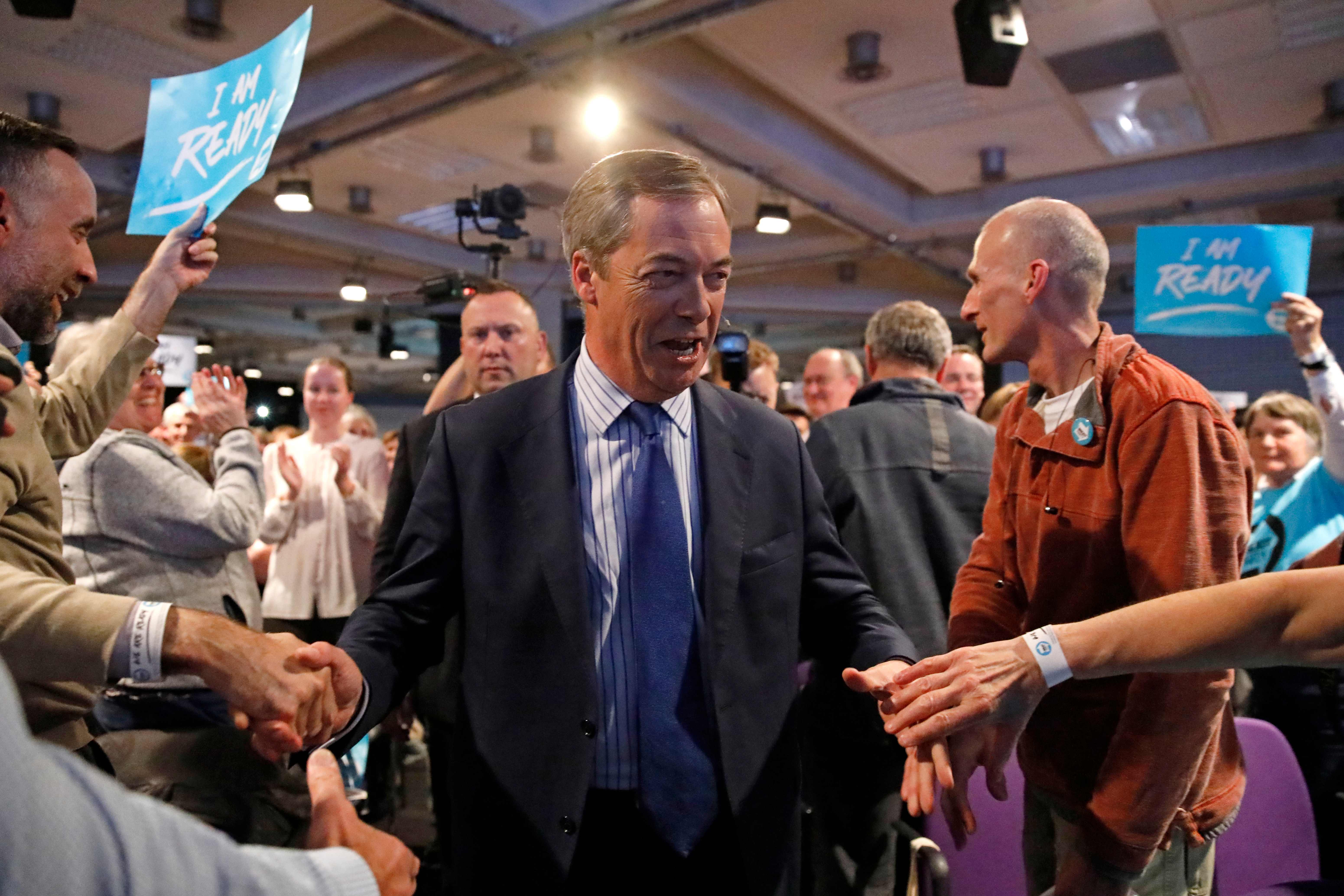