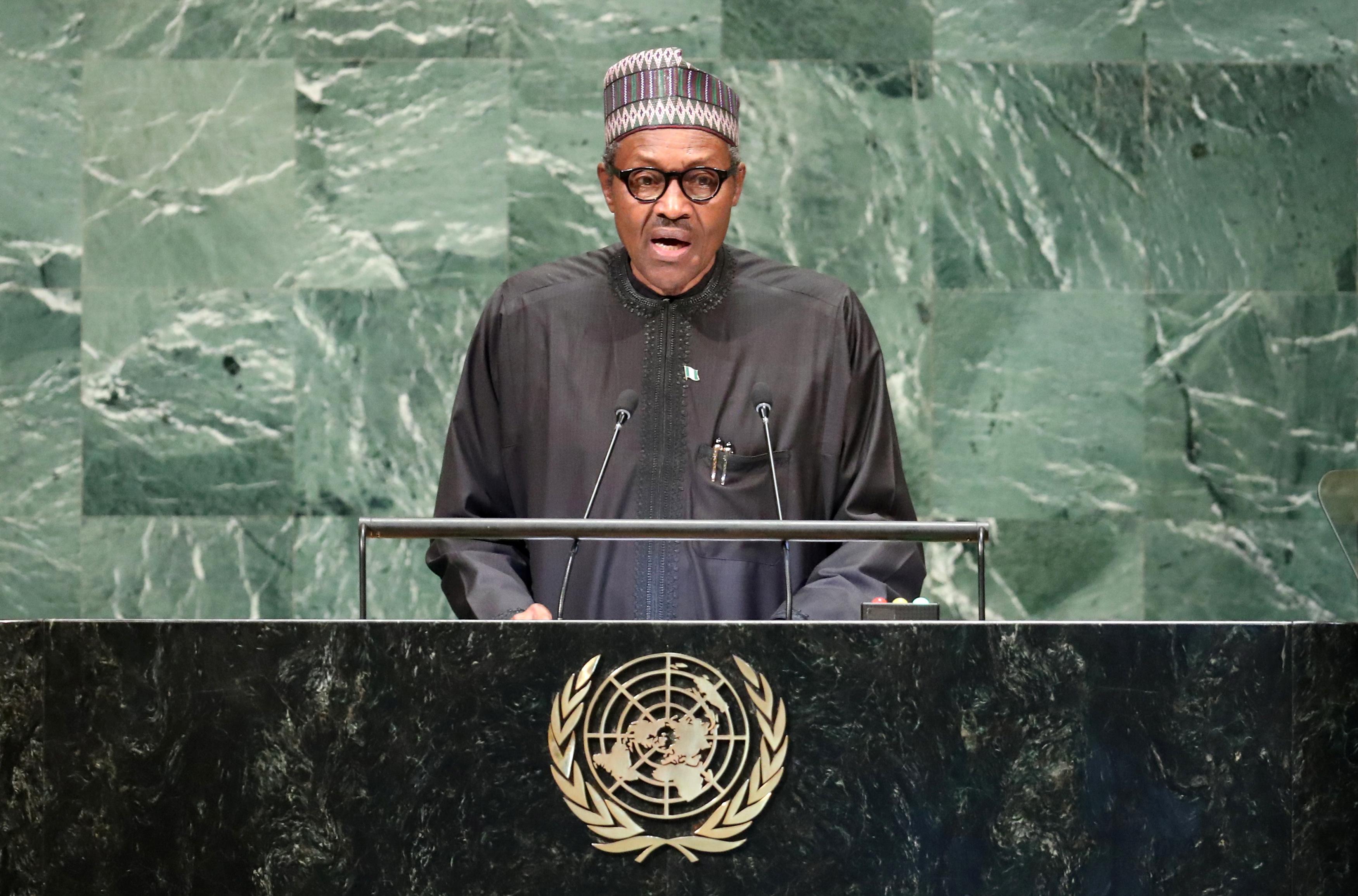 ABUJA (Reuters) – Nigeria’s President Buhari on Sunday denied claims that he had died and been replaced by a Sudanese impostor, breaking his silence on a rumor that has circulated on social media for months.

Buhari, who is running for re-election in February, spent five months in Britain last year being treated for an undisclosed illness. One theory widely aired on social media – and by some political opponents – was that he had been replaced by a lookalike from Sudan called Jubril.

No evidence has been presented, but videos making the claim have still been viewed thousands of times on YouTube and Facebook.

“It’s real me, I assure you. I will soon celebrate my 76th birthday and I will still go strong,” Buhari told Nigerians in a town hall session in Poland, where he was attending a conference, when asked about Jubril.

“A lot of people hoped that I died during my ill health,” he said, adding that those who spread the rumor were “ignorant and irreligious”.