Let the good times roll! Revellers let their hair down at annual Mardi Grass festival in Australia’s marijuana capital as they celebrate with body painting and some VERY out-there outfits

The yearly protest against cannabis prohibition held in the hills of New South Wales has once again attracted a host of revelers who made the pilgrimage to the tiny village to support their message of decriminalisation.

The Mardi Grass Festival is an annual rally held in Nimbin, NSW, every year since 1993 to protest cannabis laws and educate people on the benefits of the drug, including medicinal.

Since 1993 Nimbin has become synonymous with the Mardi Grass Festival and the colourful characters found during the May weekend when it is held.

The festival, the height of the area’s ‘weed tourism’ calendar, is also an annual boost to the small village’s economy.

Revellers were pictured in an array of outfits and emblazoned in marijuana leaf motifs as they partied the weekend away. 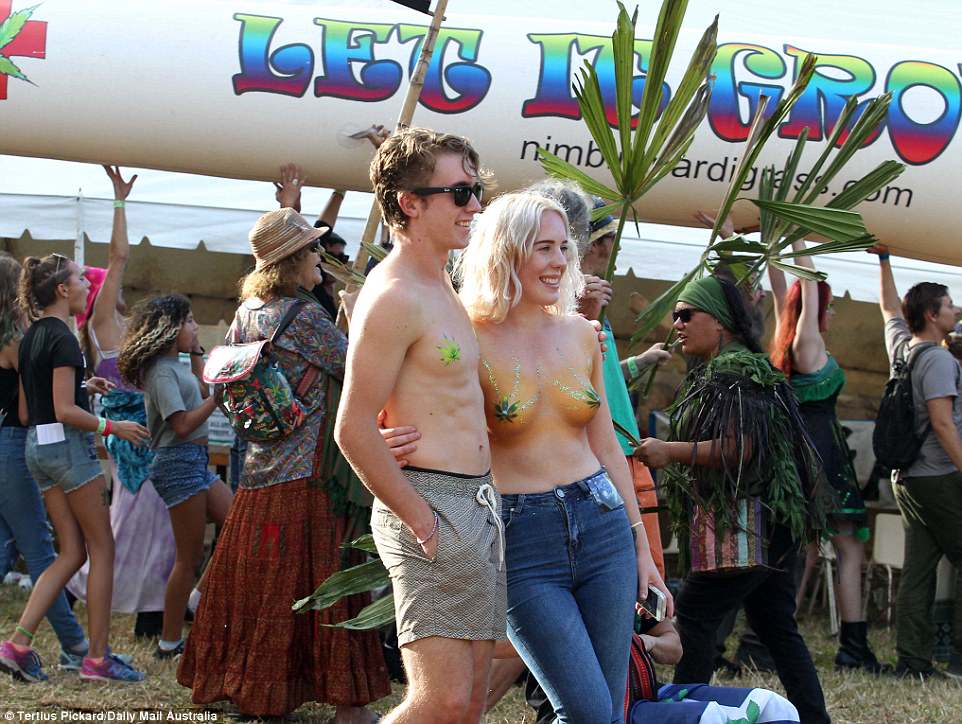 A couple opted for matching body paint and glitter to cover their nipples, both flaunting their flesh in topless attire 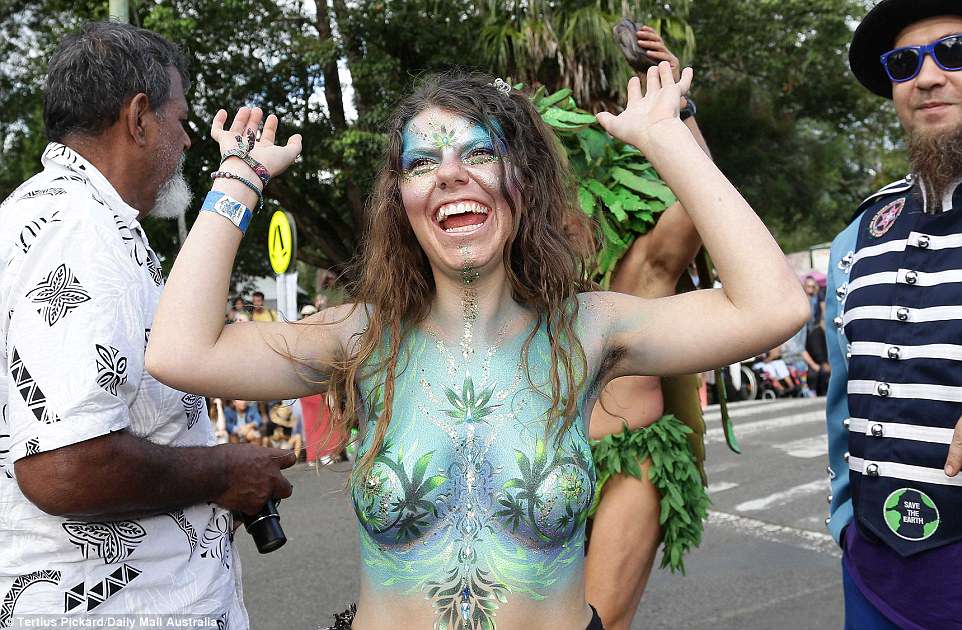 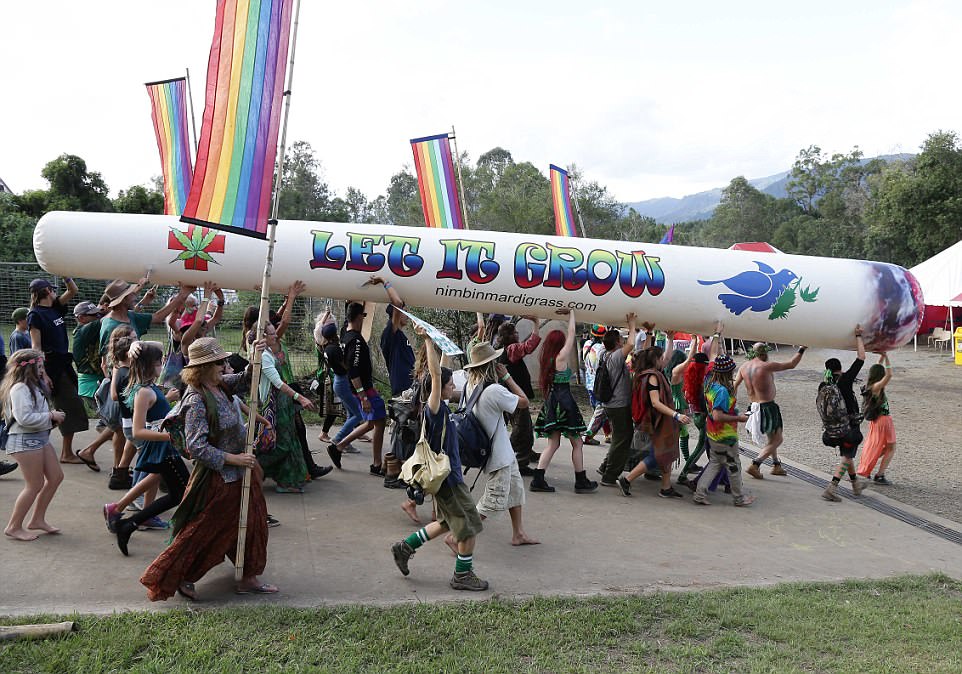 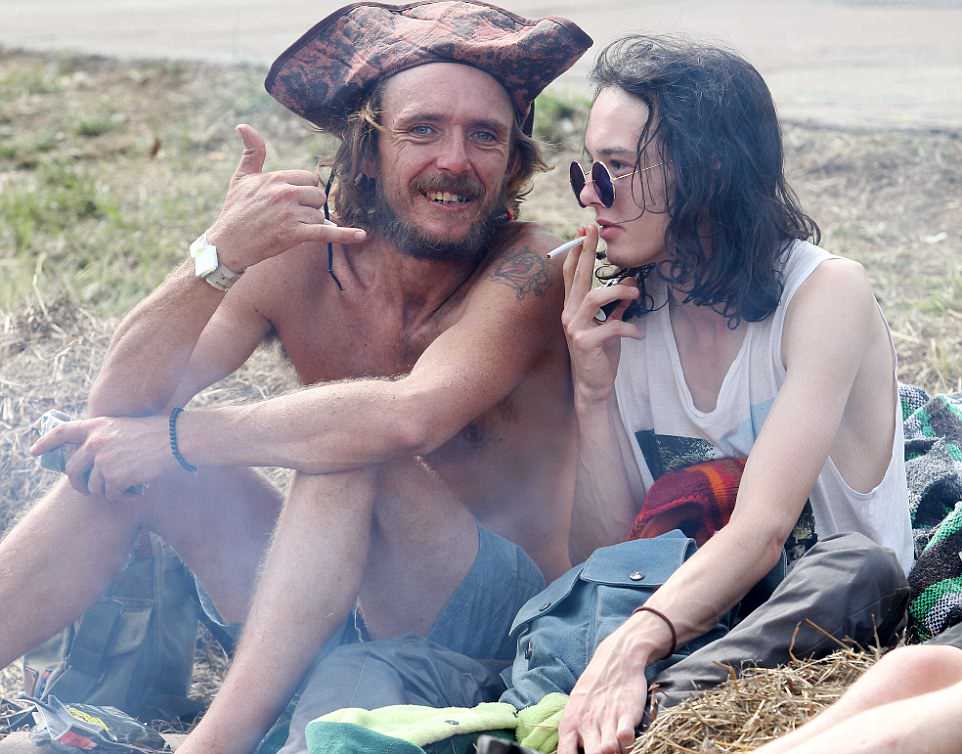 Two festival-goers looked to be taking a back seat on the festivities, sitting down on the grass for a bit of down time 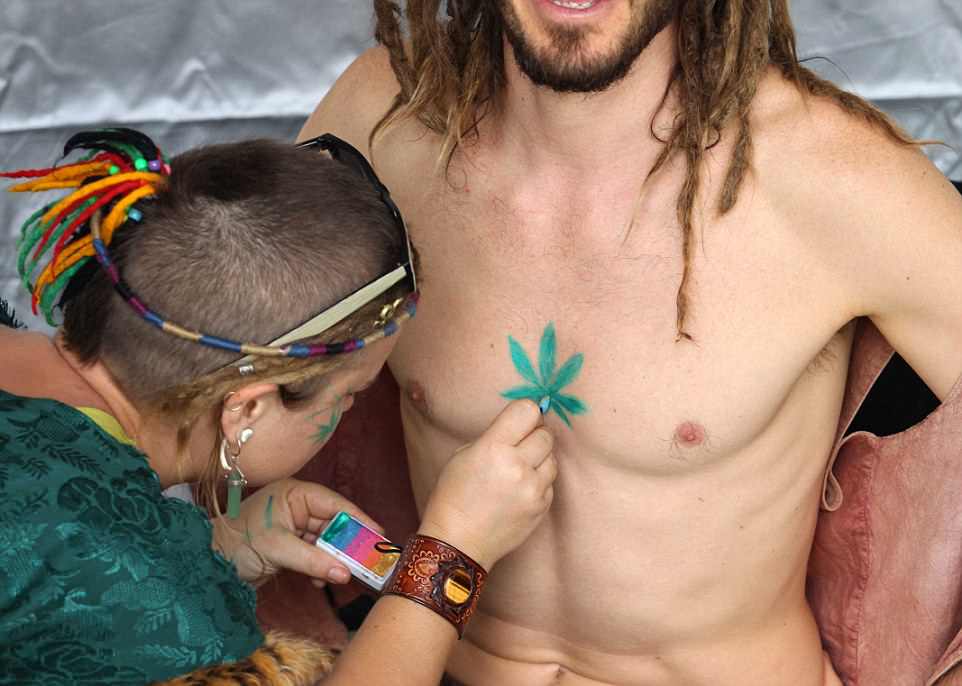 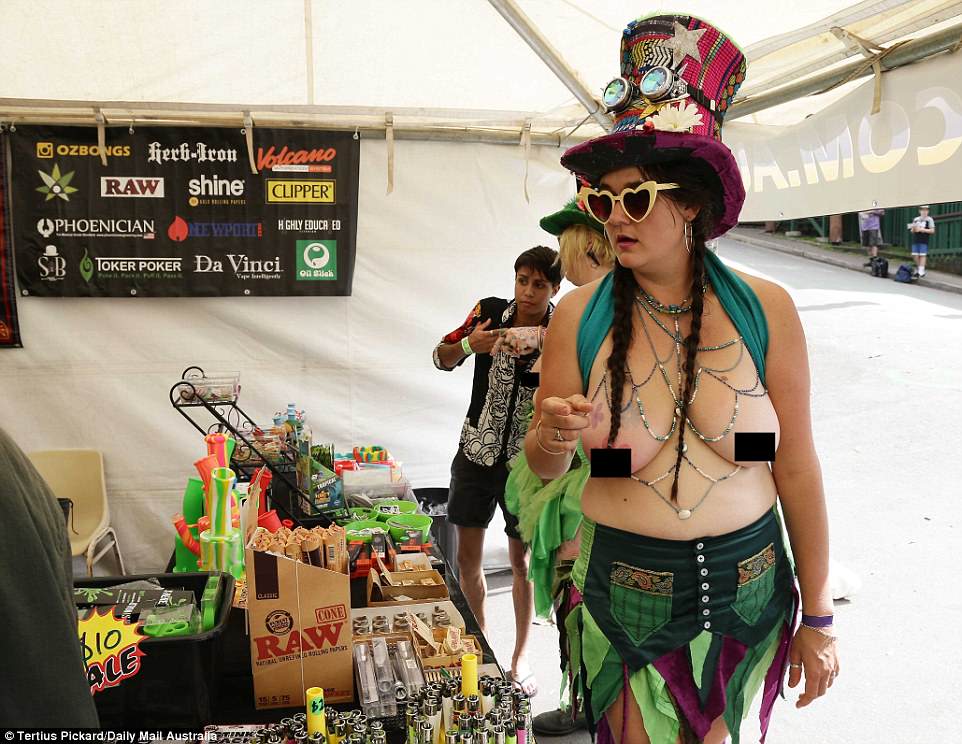 Freeodm of expression is encouraged at the Mardi Grass Festival 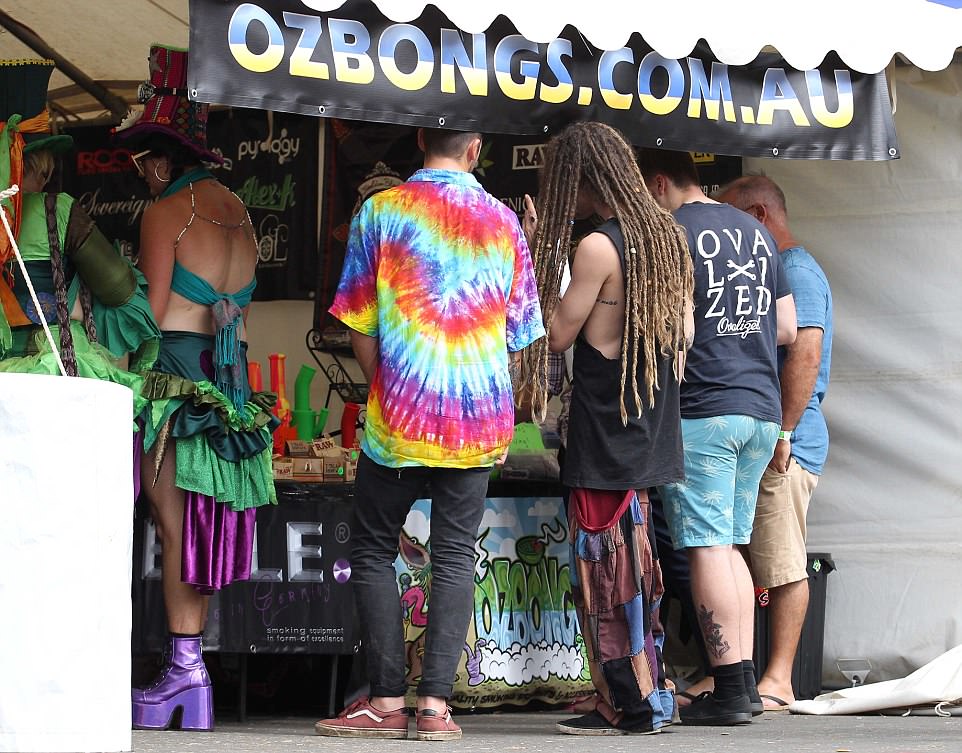 A pop-up bong shop seemed to be doing good business, with people dressed in colourful clothing lined along its display table 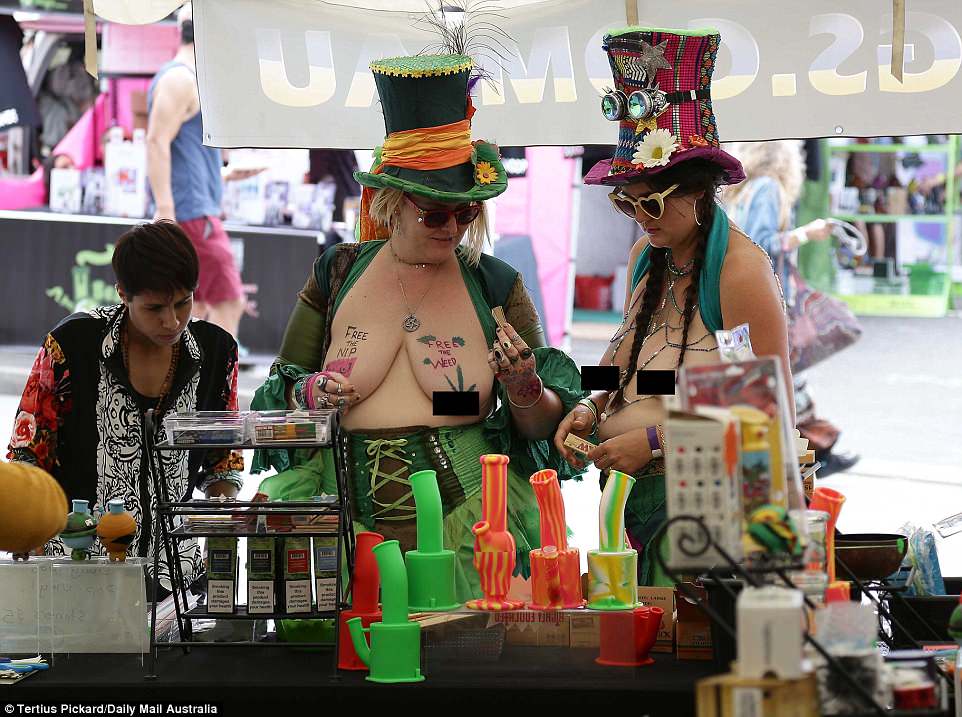 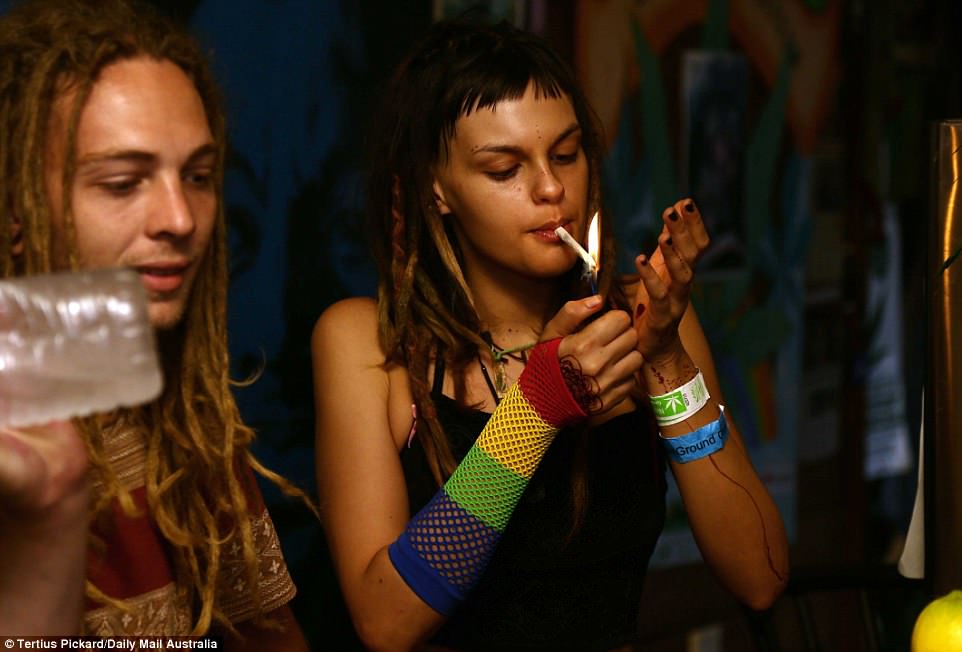 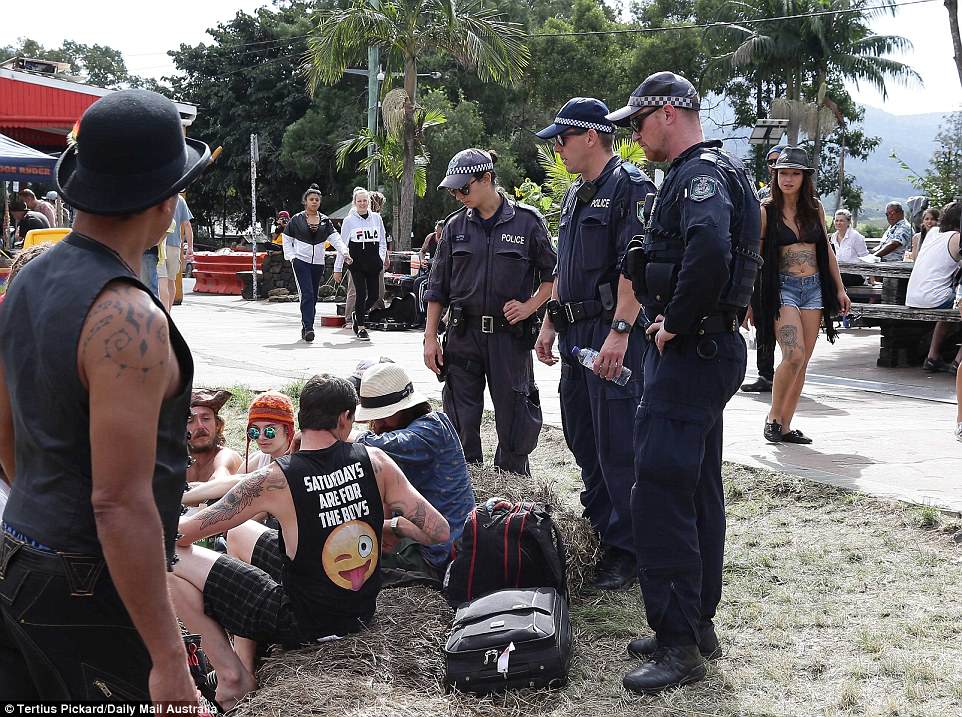 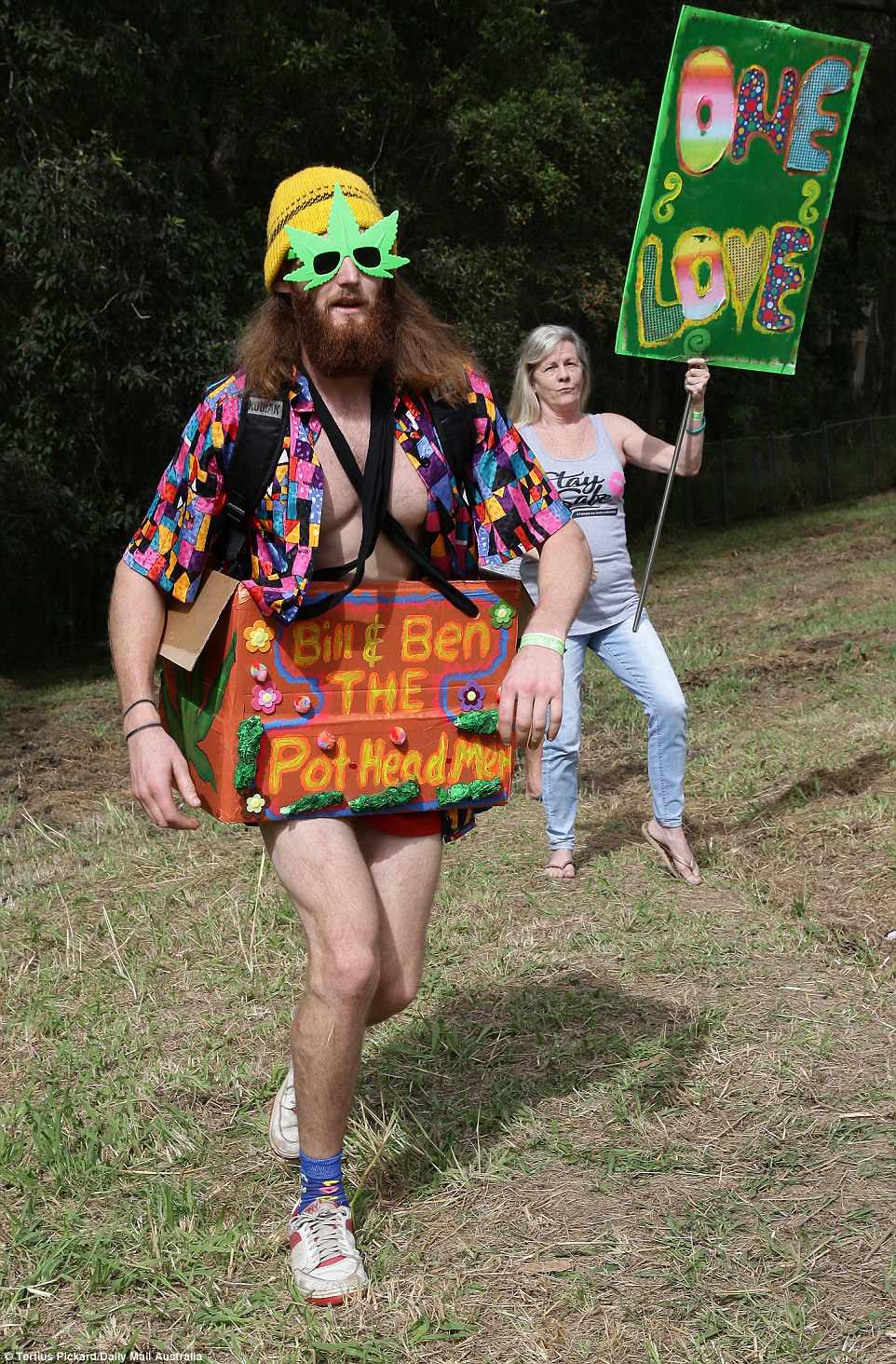 One festival-goer seemed to have put plenty of thought into his ‘Bill and Ben the Pot Head Men’ costume, as a lady stood behind holding a ‘one love’ sign 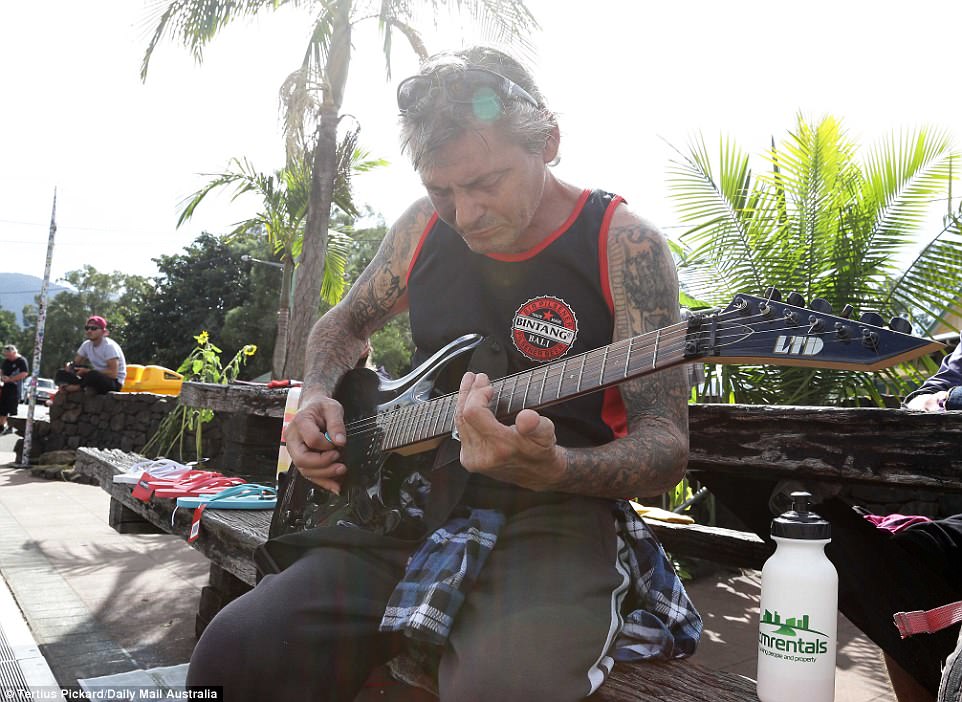 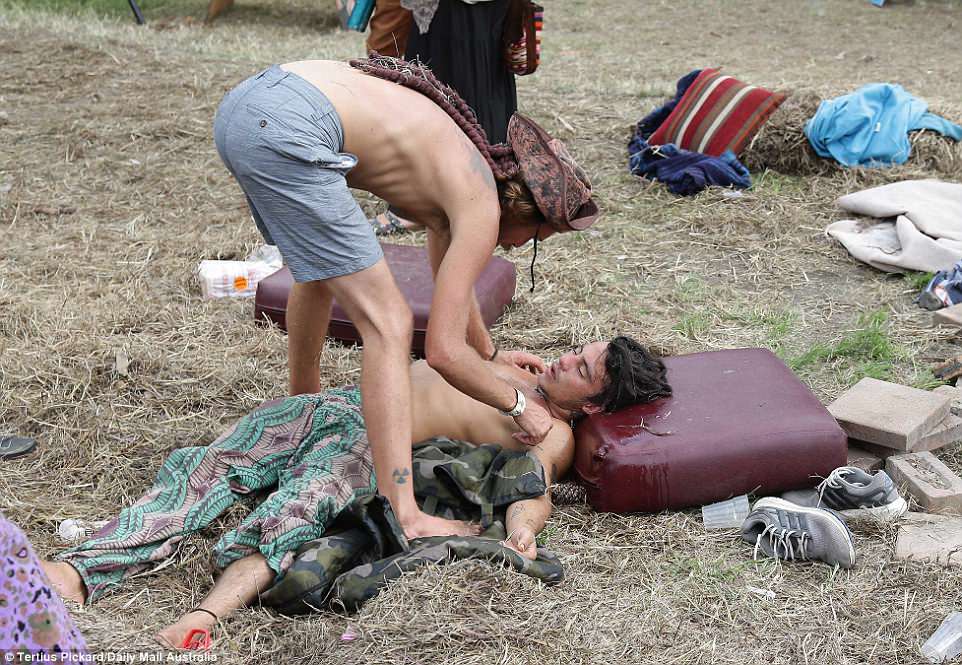 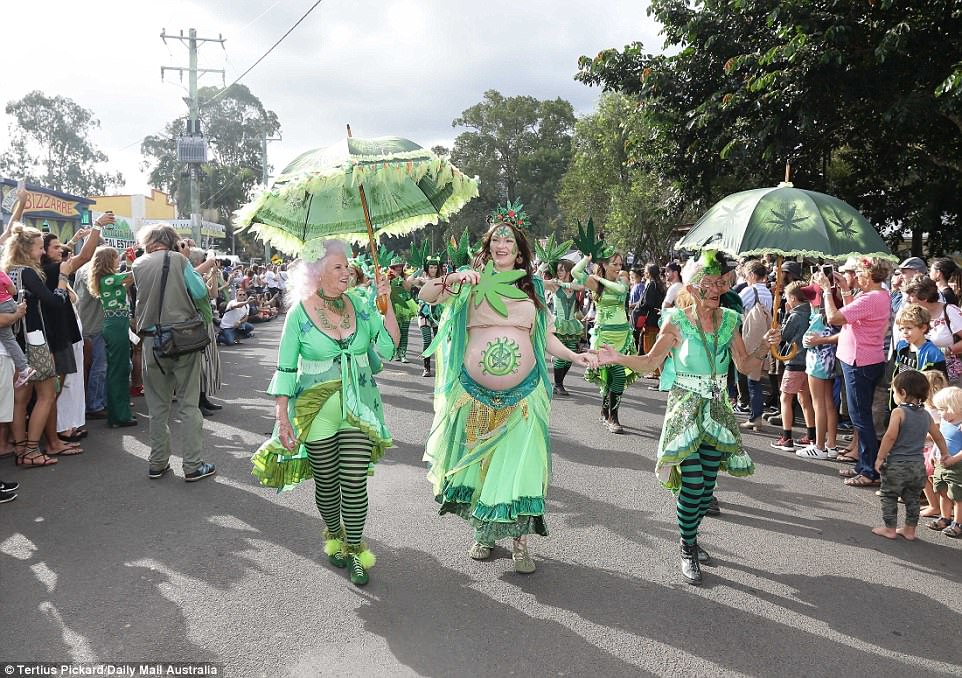