Nine British tourists were rescued from a burning yacht after it was struck by lightning during a tropical storm.

The group were on board a Beneteau vessel near the coast of Phuket,Thailand, when they were caught in storms on Saturday afternoon.

Police said the passengers cowered below deck as the sea rocked the vessel and thunder sounded overhead. 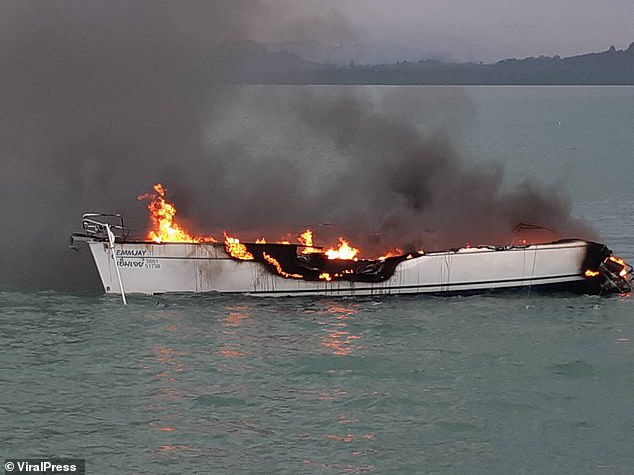 The group were on board a vessel near the coast of Phuket, Thailand, when they were caught in storms on Saturday afternoon

A lightning bolt then ripped down from the sky and shattered the boat.

Flames ripped through the upmarket Beneteau vessel, named Emmjay, as a passing fishing boat raced to help the crew and holidaymakers – four married couples and one other British woman.

Police received a May Day call at around 5pm and coastguards were dispatched to the scene near the Thalang district.

Footage shows the boat burning to a wreckage after the holidaymakers had been hauled to safety. 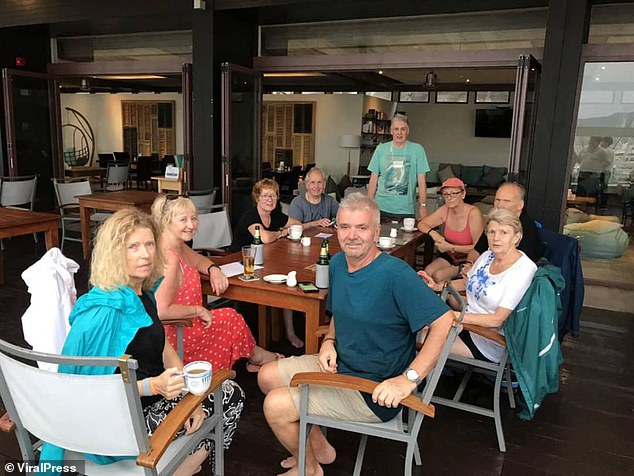 The tourists on board were named as Kelvin and Susan Atkinson, Catherine and Stewart Toy, William and Lilias Tennant, Anne and Martin Anderson and Magret Hamilton (pictured) 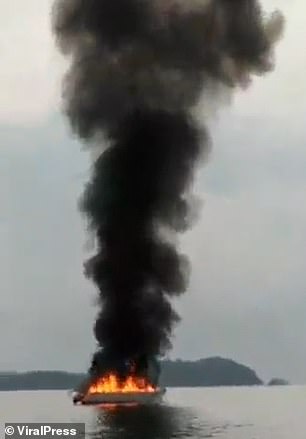 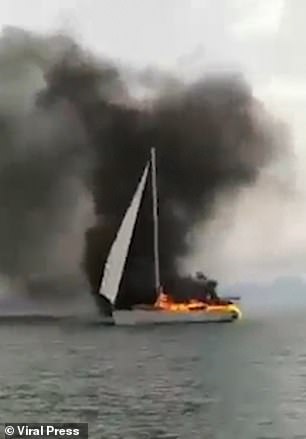 Marine Chief Wiwat Chitchertwong said all the holidaymakers had been safely rescued.

He said: ‘Police were notified at 5pm that there was heavy rain and lightning that struck the boat. This caused a fire. 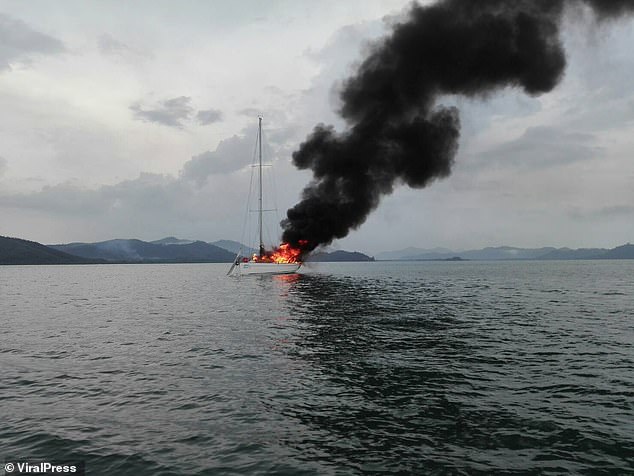 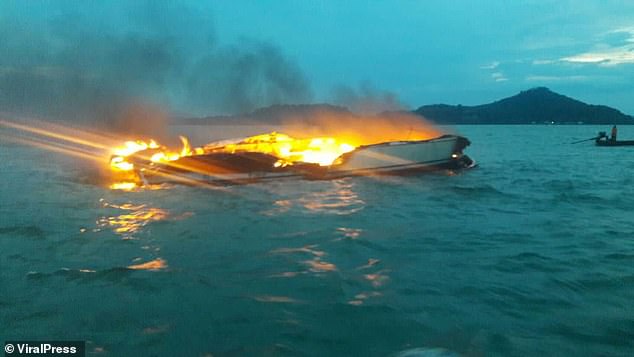 ‘People were already sheltering downstairs in the boat to shelter from the rain when the lightning struck.’

Lieutenant Colonel Brapan Chanprakon added: ‘There were nine passengers on board and assisted by fishing ships they landed safely. There were no injuries or deaths.

‘The police department is investigating and speaking with witnesses and boat owner.’