SRINAGAR (Reuters) – Indian troops and separatist militants clashed in Indian-controlled Kashmir on Thursday and nine people were killed, officials said, the latest casualties in a new phase of violence in the 30-year insurgency. 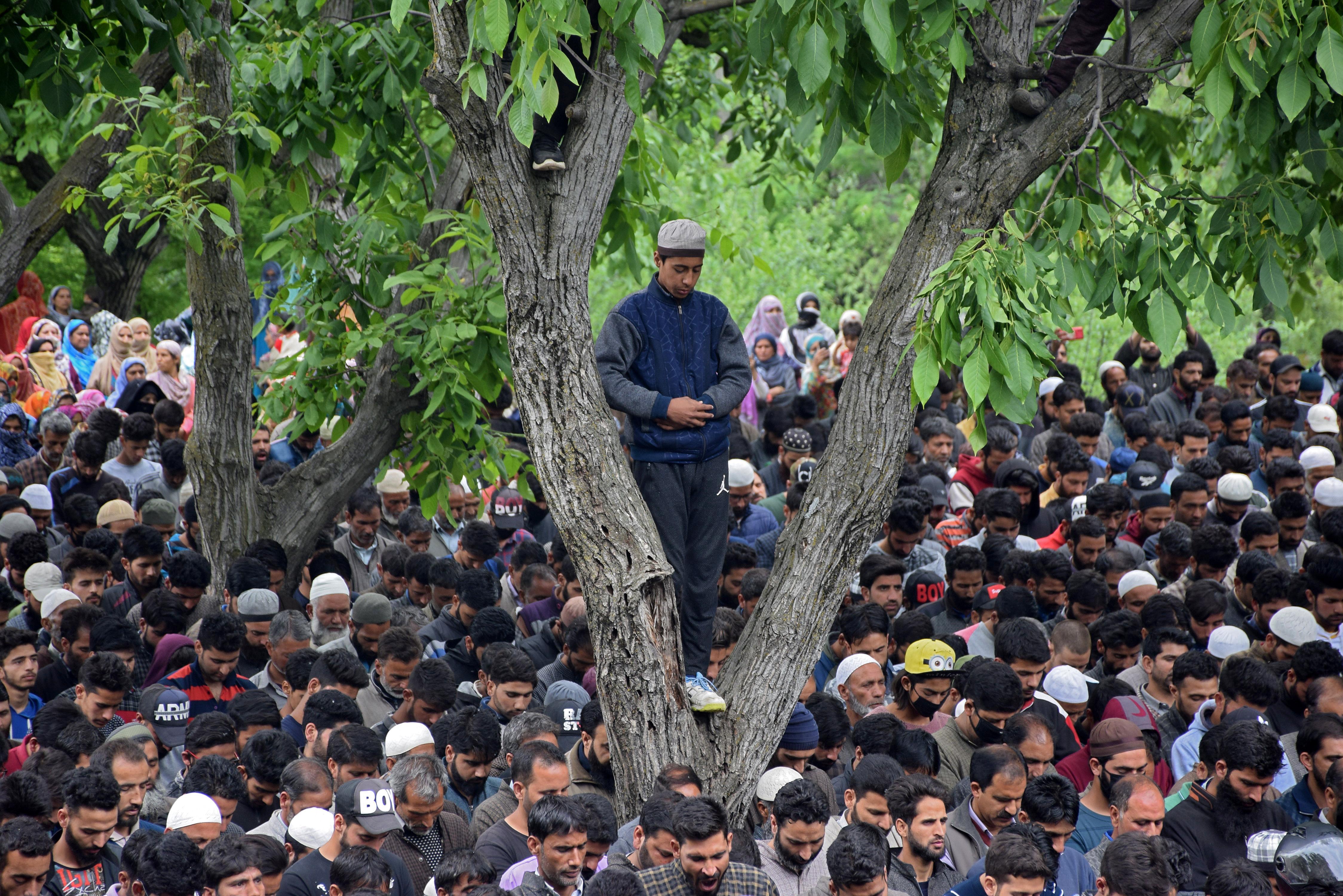 In one of the deadliest clashes since the Feb. 14 suicide bomb attack in the valley, three Jaish-e-Mohammed (JeM) militants, including a Pakistani commander, two members of the local Hizbul Mujahideen, two Indian soldiers and two civilians were killed.

Tension in Muslim-majority Kashmir has been high since the suicide bomb attack by the Pakistan-based JeM militant group killed at least 40 Indian paramilitary police.

Prime Minister Narendra Modi gave troops a “free hand” to respond to the attack, and near-daily searches in villages in Kashmir since then have often triggered violent confrontations, with civilians caught in crossfire to the alarm of rights groups.

Modi’s tough response to the bomb attack, which included an air strike against what India said was a militant camp in Pakistan, is believed to have given his party a boost in a general election that began on April 11 and ends on May 19.

Villagers said a civilian, who they identified as Rayees Ahmad Dar, 32, was killed after Indian soldiers sent him to search a house where militants were believed to be hiding. Villagers in the area have complained before about the army using civilians in searches.

A police spokesman said Dar was killed in indiscriminate firing by the militants and denied he had been sent on a search.

After the clash, villagers threw rocks at security forces, who responded with teargas, while lawyers in the state’s high court went on strike in protest over Dar’s death.

Police said seven people had been arrested and a curfew imposed on a town in the region after a Muslim man transporting horses was shot dead, allegedly by a Hindu group wanting to protect the rights of cows, which they consider sacred.

Yasir Hussain told Reuters he was one of three men confronted overnight by the group on the outskirts of Bhaderwah.

“They alleged that we are cow smugglers, but I directed my torch toward the horses,” he said. “They fired at us and we fled.”

Kashmir is at the heart of decades of hostility between India and Pakistan. The nuclear-armed neighbors both claim it in full but rule it in part.

The rivals have fought three wars since independence, two of them over the Himalayan region, and came close to another after the February bomb attack.

Separatist militants, who India says are backed by Pakistan, have been fighting Indian security forces since 1989. Pakistan denies supporting the insurgents.

“Even in the holy month of Ramadan there is no let up in killings and bloodshed in Kashmir as civilians, armed youth or even Indian forces are getting killed,” Kashmir’s main separatist political group, the Joint Resistance Leadership, said in a statement. It called for a general strike in Kashmir on Friday.