A nine-year-old Buddhist novice died after a beating by a Thai monk who allegedly battered him with a stick and slammed his head against a pillar, officials said.

Monk Suphachai Suthiyano, 64, flew into a rage during a prayer session last weekend when the young disciple disrupted the ceremony with his ‘playful’ behaviour.

The monk allegedly assaulted Wattanapol Sisawad with a bamboo stick at the temple in Kanchanaburi, two hours west of Bangkok, striking him on his back several times before bashing his head into a pillar.

The child fell into a coma and passed away late on Thursday, a hospital worker at Kanchanaburi provincial hospital said on Friday, requesting anonymity. 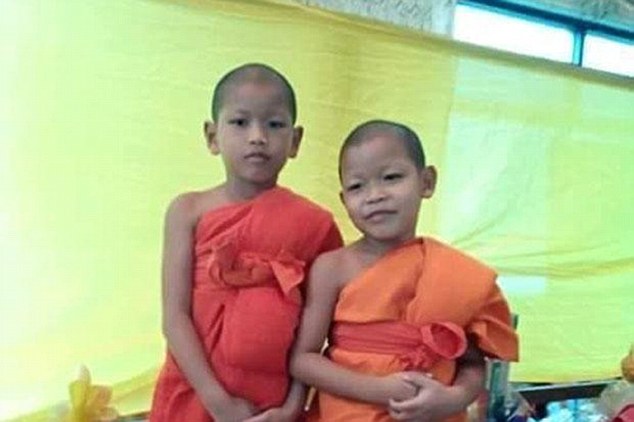 The incident comes as Thailand, a majority-Buddhist country, grapples with multiple other scandals among its clergy, including cases of extortion, sex and drug use.

The suspect, who was defrocked on Sunday following his arrest, was charged earlier this week with assault.

Police Captain Amnaj Chunbult said the charge will be revised to ‘assault resulting in death’ once he receives official confirmation.

The boy’s mother Sukunya Tunhim told Thai media in a taped phone call that she ‘will not forgive him (the monk)’.

An official from the Institute of Forensic Medicine at the National Police Office in Bangkok confirmed an autopsy had already taken place, and that the boy’s relatives have reclaimed his body. 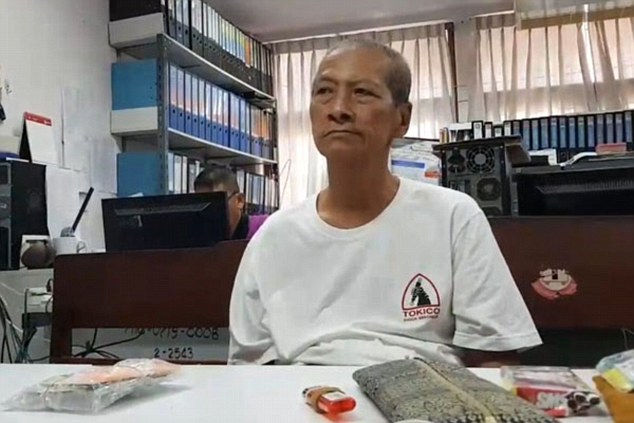 Suphachai Suthiyano, 64, has been charged with assault after he allegedly struck the boy with a bamboo stick at the temple in Kanchanaburi

The Buddhist faith is bound with everyday life in Thailand, making it commonplace for most men, even children, to spend some time in a monastery as a novice.

Monks are virtually beyond reproach in the country’s villages, but the ruling junta has taken a strong line against clergy who break the law.

Earlier this month, Thailand’s infamous ‘jet-set monk’ – so-called after footage emerged of him carrying a Louis Vuitton bag on a private jet – was sentenced to 114 years in prison for money-laundering and fraud.

In May, the abbot of the popular ‘Golden Mount’ temple in Bangkok surrendered to police after $4 million was found in bank accounts in his name.

The case came on the heels of an ongoing investigation into whether the National Office of Buddhism had misused millions of dollars under its control.