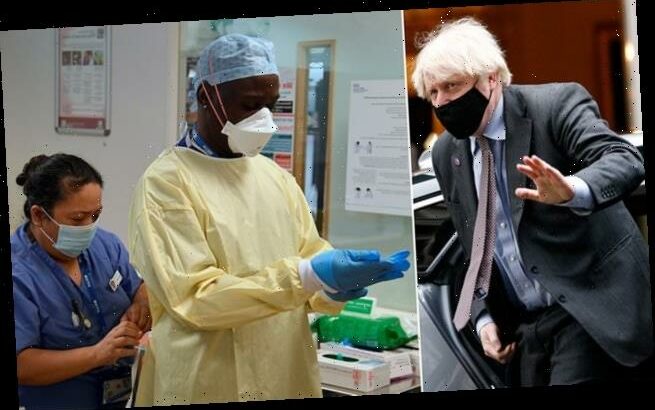 No competition for 99% of Covid contracts: Only one in 100 deals given to firms in government’s £17.3billion pandemic response was put out to tender, says study

Just one in 100 Government Covid-19 contracts worth an eye-watering £17.3billion was awarded by competitive tender raising more questions about whether the taxpayer has been getting value for money during the pandemic, it was revealed today.

Companies with no experience of supplying masks, gloves and aprons won lucrative Government deals in the ‘shambolic’ scramble for contracts – with critics calling it the ‘Wild West’.

The Institute for Government (IfG) says it has found ‘little evidence’ of competition for deals handed out between March and last July at the height of the scramble for PPE for the NHS.

And today it emerged that out of £17.3 billion of new contracts, £10.5billion were ‘direct awards’ and £6.7billion went to businesses on the Government’s list of approved firms. Just one per cent were awarded following competitive tenders, according to The Times.

The IFG said there was clear evidence that when firms battled for a contract it cost the Government less, shaving 2.5 per cent off the deal on average. 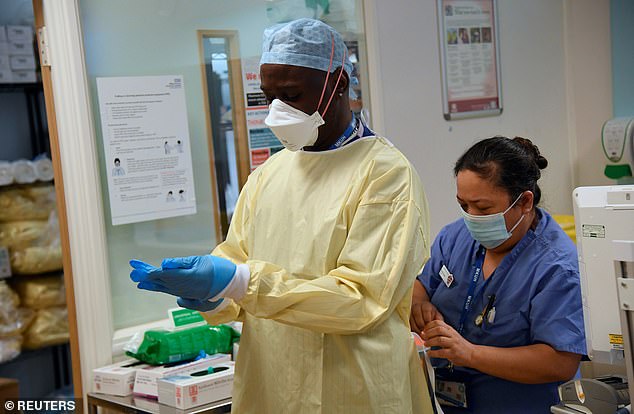 An IFG spokesman said: ‘There is no evidence that the use of direct awards at the start of the crisis has waned as the crisis has gone on. Even though many of the Test and Trace contract awards have come later in the pandemic, those contracts have been just as likely to be direct awards.’

Tim Durrant, author of the new ‘Whitehall Monitor 2021 report’, added: ‘Boris Johnson and his ministers need to learn from the repeated U-turns, the poor-value-for money schemes and the other mistakes of 2020, as well as from what has gone well, to make a success of 2021’.

The Government has insisted it followed ‘robust’ processes when handing out contracts to battle the pandemic.

A spokesman said: ‘We needed to procure contracts with extreme urgency to secure the vital supplies required. We have robust processes in place to ensure we get critical equipment to where it needs to go as quickly as possible, while ensuring value for money for the taxpayer.’

The pandemic has seen the Government dole out an extraordinary number of contracts – and claims of a large number of blunders.

Millions of pounds were put into the wrong bank account when the government frantically rushed to source PPE, it was revealed last year. 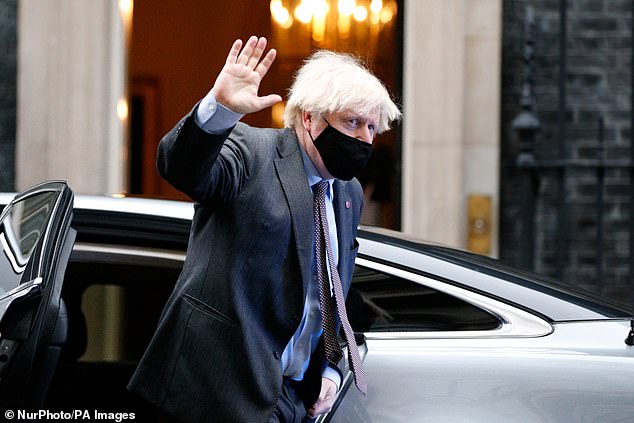 Boris Johnson (pictured yesterday) and his ministers have been urged to ‘learn from the repeated U-turns, the poor-value-for money schemes and the other mistakes of 2020 to make a success of 2021’

During a ‘shambolic gold rush’ to plug shortages of vital equipment as the pandemic swept Britain and hospitals cried out for protective clothing, contracts worth £5.5bn were agreed at speed without a competitive tender process.

It emerged last summer that a staggering £830m worth of PPE has ‘never materialised’ three months after it was ordered.

Shadow Health Secretary Justin Madders said the race to bag a multi-million pound PPE contract was ‘like a gold rush in the Wild West.’

The government opened its portal inviting tenders for PPE on its website on March 27, the 500-person buying team reportedly received 24,000 offers from 16,000 suppliers by August.

So far, the government has published details of around 100 contracts worth £1.7bn – the largest of which was £252.5m awarded to family investment firm Ayanda Capital for face masks.

Officials have since revealed however the total is more than three times higher at £5.5bn, with 600 contracts awarded to 200 companies.