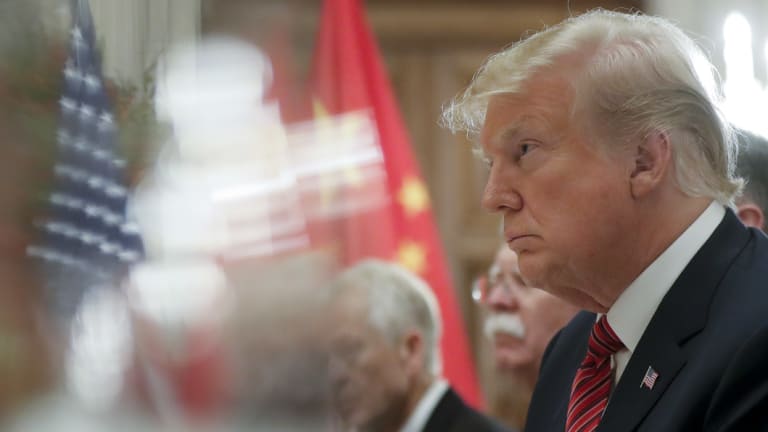 US President Donald Trump listens to China’s President Xi Jinping during their bilateral meeting at the G20 Summit, on Saturday in Buenos Aires, Argentina. Credit:AP

Xi's remarks also gave no indication of whether any breakthrough was imminent.

"Only with cooperation between us can we serve the interests of world peace and prosperity," Xi said, adding that he looked forward to exchanging ideas and having an opportunity to "jointly map out the future for China-US relations."

The Trump-Xi meeting was the marquee event of Trump's whirlwind two-day trip to Argentina for the Group of 20 Summit after the president cancelled a sit-down with Russian President Vladimir Putin over mounting tensions between Russia and Ukraine. Trump also cancelled a Saturday news conference, citing respect for the Bush family following the death of former President George H.W. Bush.

Trump said Bush's death put a "damper" on what he described as a "very important meeting" with Xi.

The US and China are locked in a dispute over their trade imbalance and Beijing's push to challenge American technological dominance. Washington accuses China of deploying predatory tactics in its tech drive, including stealing trade secrets and forcing American firms to hand over technology in exchange for access to the Chinese market.

Trump has imposed import taxes on $US250 billion in Chinese products. If he can't get a deal with Xi, he's said he will more than double to 25 per cent most of those tariffs from January 1. And he's threatened to expand tariffs to virtually everything China ships to the United States. 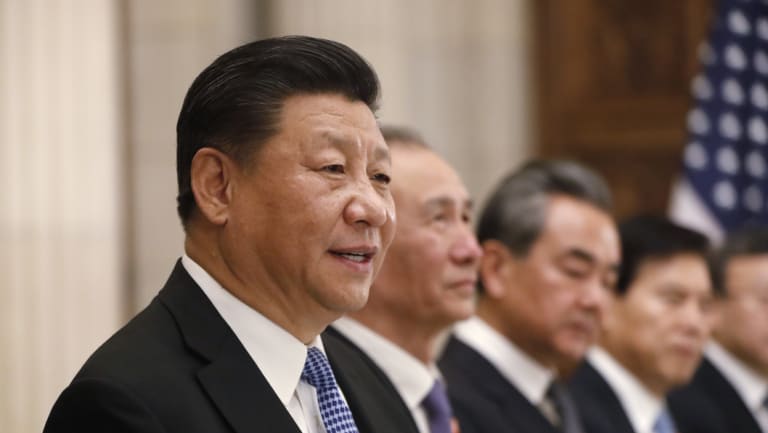 China’s President Xi Jinping talks during a bilateral meeting with US President Donald Trump, on Saturday at the G20 summit in Argentina. Credit:AP

China, which has already slapped tariffs on $US110 billion in US goods, is likely to retaliate, ramping up a conflict that is already rattling financial markets and causing forecasters to downgrade the outlook for global economic growth.

US officials insist that the American economy is more resilient to the tumult than China's, but they remain anxious of the economic effects of a prolonged showdown – as Trump has made economic growth the benchmark by which he wants his administration judged.

A full-blown resolution was not expected to be reached in Buenos Aires; the issues that divide them are just too difficult. What's more likely, analysts say, was that they would reach a truce, buying time for more substantive talks. Whether such a cease-fire would be enough to get Trump to delay higher or expanded tariffs is unclear.

Growing concerns that the trade war will increasingly hurt corporate earnings and the U.S. economy are a key reason why U.S. stock prices have been sinking this fall. 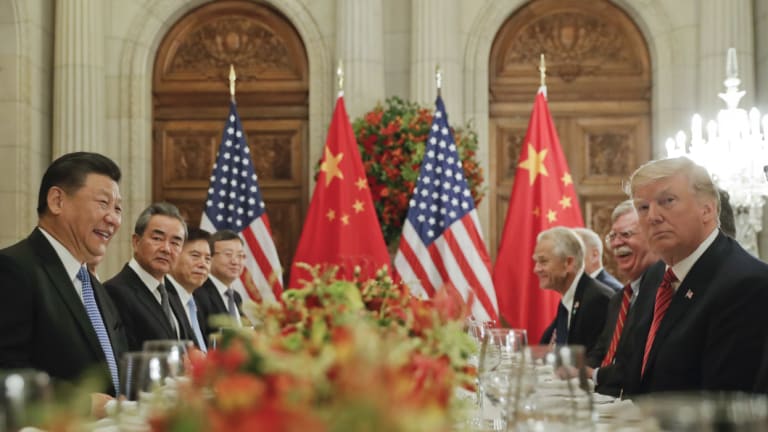 Joining other forecasters, economists at the Organisation for Economic Co-operation and Development last week downgraded their outlook for global economic growth next year to 3.5 per cent from a previous 3.7 per cent. In doing so, they cited the trade conflict as well as political uncertainty.

Trump met Japanese Prime Minister Shinzo Abe and Indian Prime Minister Narendra Modi on Friday in a rare trilateral meeting. The symbolism ahead of the Xi meeting was clear: the Trump administration has looked to find common cause with both nations in countering China's regional hegemony.

Earlier that day, Trump signed a revamped three-way trade deal with Canada and Mexico, fulfilling a longstanding pledge, though the agreement could face headwinds in Congress. He also held a series of formal and informal meetings and will continue those sit-downs on Saturday, including with German Chancellor Angela Merkel.

Last (northern) spring, it looked as if Beijing and Washington might have found a peaceful resolution. 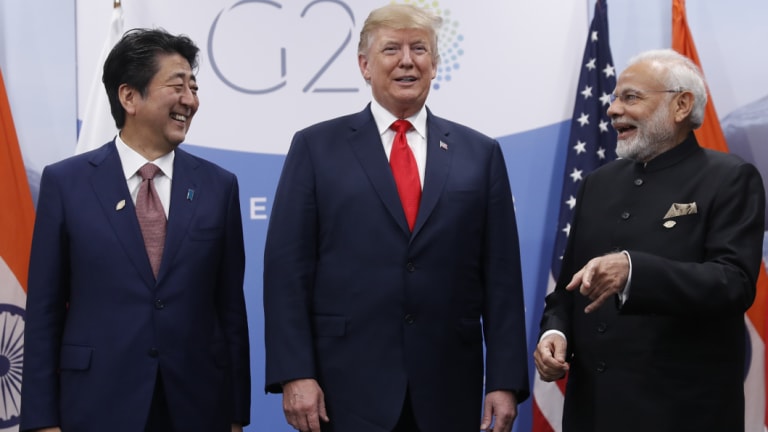 In May, Treasury Secretary Steven Mnuchin declared the trade war "on hold" after Beijing agreed to increase its purchases of US soybeans and liquefied natural gas – a move that could have put a dent in China's massive trade surplus with the United States.

But the cease-fire didn't last. Facing criticism that he'd gone soft on China, Trump backed away from Mnuchin's deal and decided to proceed with tariffs.

Now a lasting peace is likely to require the Chinese to scale back their ambitions to become a technological power. Or at least curb the strong-arm tactics.

Kudlow said earlier that the administration has been "extremely disappointed" by China's engagement in trade talks but the meeting between Trump and Xi on the sidelines of the Group of 20 summit could be a game-changer. Kudlow added that if the US doesn't get "satisfactory" responses to its trade positions more tariffs will be imposed. He said Trump is "not going away."