SANTIAGO (Reuters) – State workers in Chile promised to launch a massive, nationwide walk-off early on Tuesday, a sign protesters were not yet satisfied following the government’s decision to rewrite the country’s heavily critiqued dictatorship-era constitution. 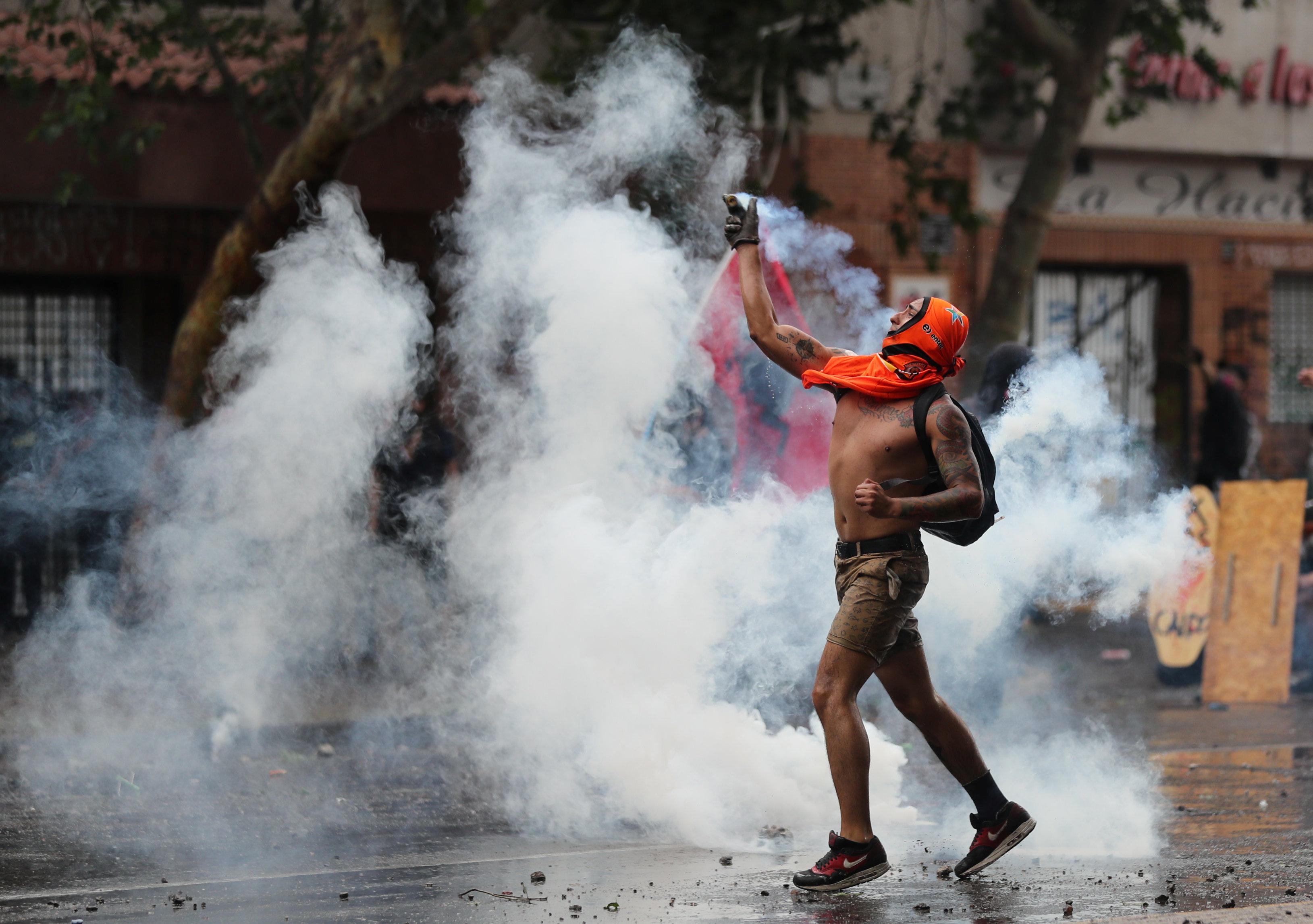 The new round of rallies and strikes over inequality and social injustices follow almost a month of unrest in Chile.

The demonstrations have sometimes devolved into arson, riots and looting, leaving at least 20 dead and wreaking billions of dollars of damage to public infrastructure and private businesses. Santiago’s public transport system has been hobbled.

The road blockages prompted the Valparaiso-based upper and lower chambers of congress to suspend activities for the day.

Lawmakers said the move was “unprecedented” with one, Marcelo Diaz, a socialist, telling local TV: “Today more than ever congress needs to be making an effort to work at an accelerated pace because the people are demanding that we find concrete solutions.”

In downtown Santiago, the streets were unusually quiet as buses scaled back service and many people refrained from commuting to work in anticipation of protests.

Schools and businesses throughout the capital of 6 million people were largely closed, and construction workers scrambled to board up shops and restaurants in anticipation of continued riots.

Valentina Donosa, 21, a university student who funds her education by selling bread on the street, said she was not in favour of the vandalism but that something significant had to change.

“I am in favour of the movement and of making a noise because to be honest, if you go to protest outside the Moneda (presidential palace) with white doves, nothing happens,” she said.

Elsa Fuentes, 56, an empanada pastry seller, said she would not be joining the protests.

“People want everything for free and they have done a lot of damage,” she said.

President Sebastian Pinera’s center-right administration said on Sunday Chile’s Congress should begin the process of writing a new constitution to replace the current one which dates back to the 1973-1990 dictatorship of Augusto Pinochet.

Many protesters said it was not enough, saying a referendum vote, not Congress, should determine the steps forward in redrafting the country’s 1980 Constitution.